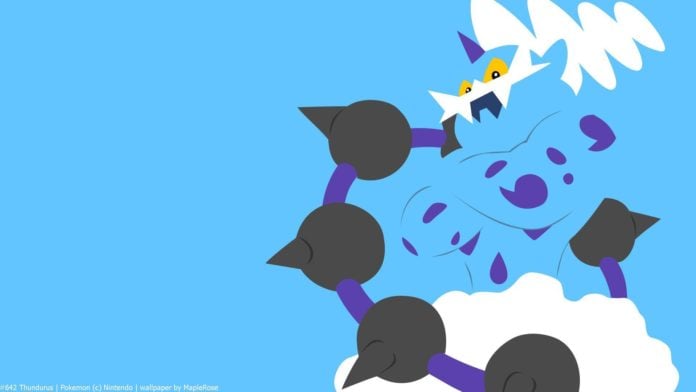 Thundurus is a Tier 5 Raid Boss with max Raid CP of 46044. It’s an Electric and Flying Pokemon with a Max CP of 3345. Very much like Tornadus and Landorus, he has two forms, the Incarnate Form and the Therian form. However, keep in mind that we will battle the Incarnate Form. The Therian form is yet to be announced. In this guide, we will cover the best counters to take down Thundurus,  the best strategies, and what CPs you should watch out for after your successful battle.

Following Tornadus in February, Thundurus is the legendary Pokémon from Unova that will be available on raids starting March 2nd. Here’s the guide with everything you need to know if you are going to battle the Thunder Pokemon.

Both forms of Thundurus can be taken down with three trainers under ideal conditions. However, it is recommended that you use between 4-6 high-level trainers or 7-9 lower level trainers when taking on this legendary raid boss.

Thundurus-Incarnate can be caught with the following Combat Power values:

Thundurus can have the following moves in a raid battle and when captured: