It’s time for the second week of Ultra Bonus rewards unlocked over the summer. The rewards run from September 9, 2019, at 1 p.m. and runs through September 16, 2019, at 1 p.m. PDT bringing Kanto Regionals back to 7 km Eggs – but this time they can be SHINY. Also all 4 Deoxys will return to T5 raids. Let’s recap the rewards during this period and figure out the optimal way to play during this week! For a full overview of Ultra Bonus Rewards check out our Generation V, shiny Mewtwo, Jirachi and shiny Kanto regionals are coming to Pokemon GO article.

The following Pokemon have confirmed to be spawning in the wild, outside of their regular raid encounters:

The 4 Regional Pokémon from the Kanto region are back in 7 km Eggs. While this will be the second time for these 4 to appear in 7 km Eggs, there are many new and returning players that can finally get finish their Kanto Pokédex. Something new this time around – these Pokémon can be Shiny! Anytime a new Shiny is released there is a lot of excitement, but remember no information has been shared on the hatch rates of these Pokemon, and we expect that they won’t be as common as we’d like them to be. On the plus side we also get 1/2 Egg Distances this week, meaning on 3.5 km with a Regular Incubator or 2.33 km with a Super Incubator.

Remember to send Gifts to all your friends every day. Also the current Adventure box is a good deal with 15 Super Incubators and 2 Regular Incubators for 1480 PokéCoins (we don’t know when this Box will go away.)

Deoxys will be available through Tier 5 Raids during Ultra Bonus Week 2. This is a great chance to get all 4 Deoxys Forms if EX Raids are hard to come by in your area. Remember some of the Forms are way easier than others – check out our Guides and Heat Maps on all 4 Forms. TLDR – Ttar & Giratina.

We have yet to see what T1-4 Raid Bosses will be available during Week 2, but Niantic has said they will aid in battling Deoxys. This most likely means Dark and Ghost Pokémon, think TTar, Gengar, Sneasel, etc. I’m sure the Shiny Alolan’s will stick around, they are Kanto(ish) Pokémon after all.

Week 2 steps up the excitement level of Ultra Bonus, Regionals are a gap in most Trainers Pokédexes. Plus the shiny forms will definitely be high demand trade fodder, making Regional Hunting more exciting while traveling in the future. Deoxys on the other hand has some useful Forms and some Forms that will most likely just be a Dex filler for many. Attack Form has some usefulness in PvE while Defense Form is a favorite in PvP.

Notable Kanto Pokemon to Keep an Eye Out For

It is suspected Kanto spawns will be high this week. To prepare here is a list of Pokémon from the Kanto region are considered good catches for PvP or PvE, be sure to catch a few if possible:

Dratini has always been a rare find, and with each Generation they become rarer. It seemed at one point they even stoped spawning. Both Dragonair and Dragonite have use in PvP with the later also having great utility as a Generalist in PvE and holding down Gyms. Plus who doesn’t want that pink Dratini or that majestic green Dragonite?

Machamp is still the best Fighting Pokémon in the game. It performs well in both PvP and PvE, plus can be shiny. While Gen 5 has two Fighting Legendaries, a Level 30+ Machop will definitely save on Stardust.

Hypno is a great Pokémon to use in the Great League, its large move pool increases its utility and unpredictability as well.

Eevee and it’s Eevolutions still have enjoy some relevance. Umbreon does well in the Great League; Glaceon, Vaporeon, Leafeon, and Espeon all do significant damage in PvE. Also if you are still trying to get a Shiny of every Eevolution, this would be a great time to get closer to that goal. 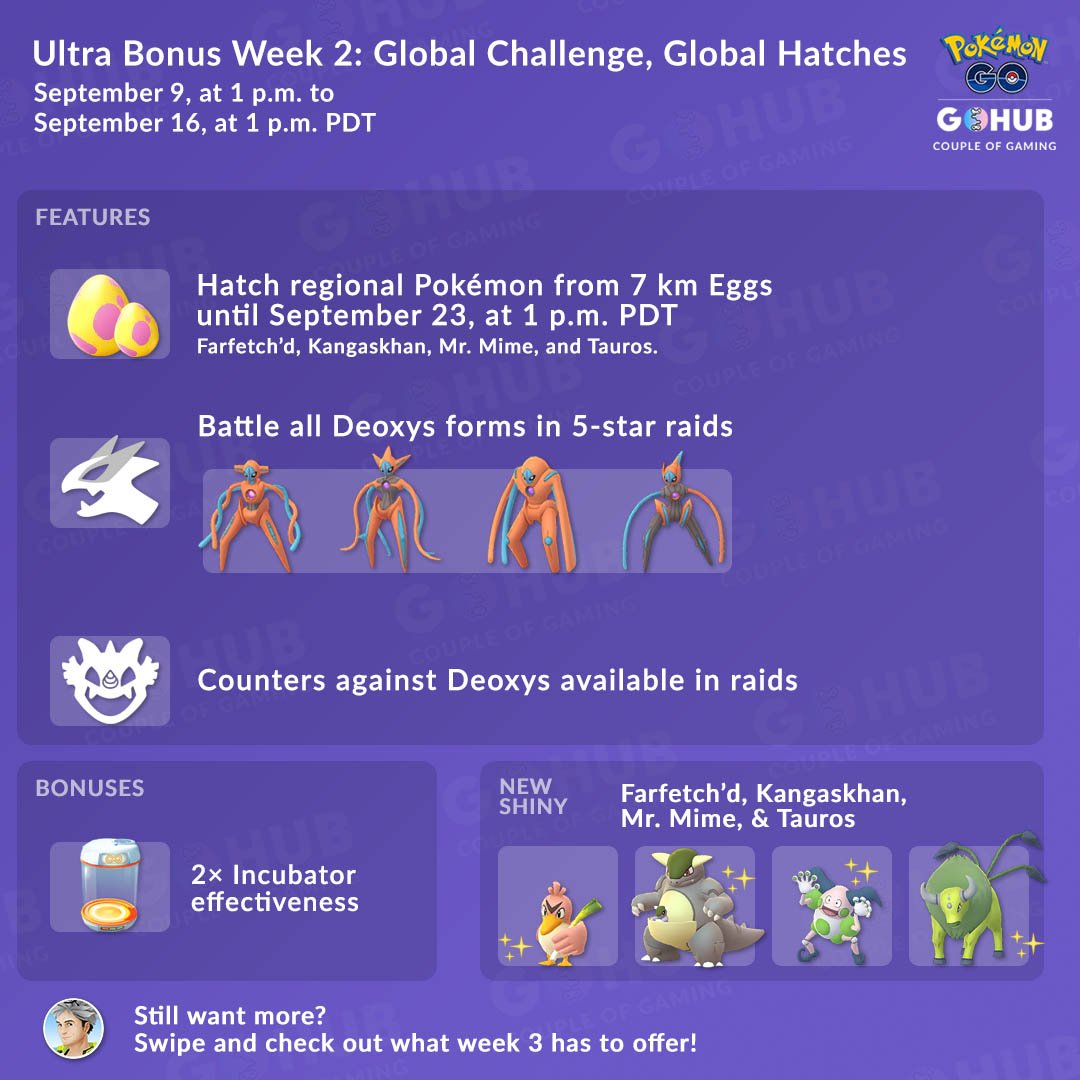