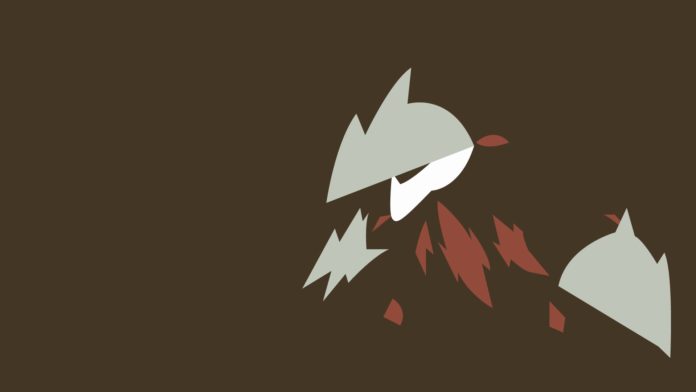 The Unova region is often the most debated of all generations, with many trainers applauding Gen 5’s remarkable plot, characters and Pokémon and others hating on Unova being a Kanto rip-off, with many Pokémon taking direct inspiration from Gen 1’s Pokémon.

However, there are a good number of Pokémon from this region that have cemented themselves as fan favourites due to their design, competitive usage and flavour. To probe deeper, there are a select number of elite Pokémon that check out on all these parameters and their usage extends to Pokémon Go as well.

One of these elite Pokémon is Excadrill.

Since its introduction, Excadrill has consistently been a threat in battle. With an amazing typing combo of Ground and Steel, Excadrill has everything going for it.

In Pokémon Go, Excadrill has always been good. In fact, it beats out the mighty Groudon in DPS! All Excadrill lacked was full-on viability in PvP.

However, with the inclusion of Mud Shot into Excadrill’s already amazing arsenal of moves after the moveset update of January 2021, Excadrill breaks into the PvP meta as well!

It is only fitting that we understand just how better Excadrill is now.

But let’s look into exactly how the drill is with Excadrill!

Excadrill is a Ground Steel type Pokémon. It is weak to the Fighting Fire Ground and Water types.

While Excadrill certainly has weaknesses to some common types, it boasts of a jaw-dropping 10 resistances, including the Poison Electric Rock Bug Dragon Fairy Flying Normal Psychic and Steel types.

Quite frankly, Excadrill’s biggest USP is its typing. The Ground typing is one of the best offensive types in the entire meta with the highest super-effective coverage (tied with the Fighting type) and neutral damage against 10 types.

Its Steel typing, on the other hand, is the best defensive type in the entire meta.

With such an amazing dual typing, you would need good stats to justify Excadrill’s prowess. And guess what? It doesn’t disappoint!

Excadrill has the following stats in Pokémon Go:

Excadrill’s DEF is underwhelming, to say the least. However, it makes up for its overall bulk with its phenomenal HP stat, saving it from behind squishy in battle. Add the large number of resistances that define Excadrill, and you got yourself a very fine defensive Pokémon.

However, Excadrill’s biggest draw is its amazing ATK stat.

Its ATK stat coupled with that impressive HP stat makes it seem like a pseudo legendary. Wishful thinking but it helps that Excadrill functions incredibly well in battle.

In Pokémon Go, the viability of any Pokémon ultimately books down to moveset. So does Excadrill justify its amazing ATK stat with an equally amazing moveset? Let’s find out!

Excadrill has these moves in Pokémon Go:

It is quite obvious that Excadrill is blessed with some really amazing sets of moves that totally help it carve a niche for itself in different formats of the meta.

Mud Shot is a staple PvP move that helps Excadrill gain energy super fast and get to its charged moves.

Mud Slap deals a lot of damage and helps to cement Excadrill as a top-notch Ground type Pokémon in raids and gym battles.

Metal Claw is decent but not entirely useful for maximising Excadrill’s potential.

Drill Run is Excadrill’s premier charged move of choice. A good DMG output of 80 coupled with a very affordable energy requirement (-45 energy in PvP and 2-bar in PvE), this move really makes this wonderful Pokémon deliver!

Rock Slide is still a formidable coverage move despite the 5 DMG nerf. It also has the same energy requirement as Drill Run. As such, Drill Run and Rock Slide seem like a match made in heaven!

Iron Head is good but doesn’t offer too much offensive potential to Excadrill in PvP.

So what is Excadrill’s best moveset combination?

Regarding the fast move, you’ll be left spoilt for choice!

Mud Slap and Drill Run in PvE makes Excadrill out-DPS the mighty Groudon and Garchomp. How cool is that?

So all said and done,

For PvP, go for Mud Shot paired with Drill Run and Rock Slide

For PvE, go for Mud Slap with Drill Run

The Ground type meta was once very underwhelming. Till Gen 4, Earthquake just wasn’t that impressive and there were no interesting moves to boot.

However, the buffs to Mud Slap and Earthquake, along with moves like Drill Run, Mud Shot and Sand Tomb delivered to Ground type Pokémon, the Ground has gained a formidable ‘grounding’ in the Pokémon Go meta.

Excadrill, as mentioned, deals more damage than Groudon and Garchomp. Yes, Landorus-T, Groudon (and Primal Groudon) with Precipice Blades) and Mega Garchomp will surpass our drill monster, but it will remain as one of the best Ground type Pokémon out there. Its secondary Steel typing hands it some really impressive resistances that the others cannot boast of!

Excadrill will always occupy an important position in your Ground type entourage. After all, it will definitely be the premier non-legendary/non-pseudo legendary Ground monster for you. You won’t be disappointed!

Excadrill’s offensive prowess and the addition of Mud Shot to its arsenal make it a fantastic pick for the Master League.

This drill Pokémon has a lot of impressive pointers to its credit:

Mud Shot lets Excadrill reach its powerful charged moves pretty quick and can break cores quite effortlessly. The ability to deal super-effective damage to Dialga, Togekiss, Dragonite and the various Steel types in ML Open and Premier Leagues make it a fantastic pick.

That said, it does struggle against the likes of Garchomp, Swampert, Machamp, Conkeldurr, Groudon and Kyogre. So, correct switch-ins can speak doom for the opposition.

It also serves as an excellent partner to the very Pokémon that threaten it: Garchomp, Groudon and Kyogre. With some strategic synergy, Excadrill can play a pivotal role in ensuring important victories for you.

Fun fact: Swampert, Garchomp and Excadrill serve as an excellent Ground trio (Mud Shot trio?) with no common weaknesses amongst them. An excellent way to bring Gens 3, 4 and 5 together!

Excadrill is a true Mold Breaker!

It caused quite a stir during its inception by delivering more DPS than Groudon (it still does, if you keep Primal Groudon, Landorus-T and Mega Garchomp out of the picture). While Precipice Blades Groudon itself would outclass Excadrill at the end of the day, there’s no denying that Excadrill is an absolutely amazing Pokémon in all formats.

With the addition of Mud Shot, it is a threat of major proportions in the Master League. By brainstorming over a fine ML team, it can be a real core breaker that can fetch you some memorable victories!

Just Run with the Drill!