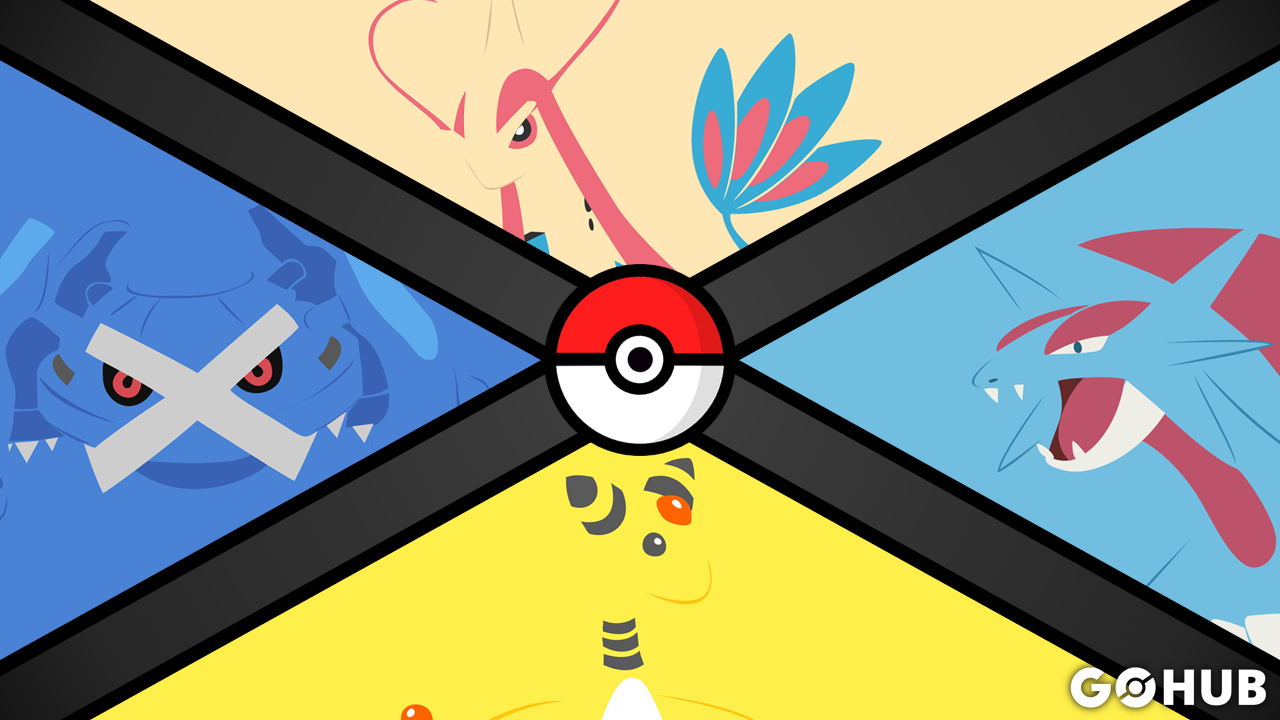 There are a bunch of Pokémon who were hyped before their release but never made it to the top. Most of them share similar characteristics – great overall stats and maximum CP, pre-evolutions hatching in 10km eggs, rare to find in the wild.

We’ll take a closer look on Salamence, Metagross, Milotic and Ampharos and explain the reasons why they’re left behind. There sure is more complexity into this than just rarity and maximum CP.

Before diving deep into details we need to define what the current meta-game is. Without a doubt raids are the main focus of the game. Key factor here is time to win or DPS respectively. It heavily favors Pokémon with higher attack stat and high DPS moves.

Metagross has access to supposedly strong movesets. Bullet Punch and Flash Cannon even does make it the best Steel type attacker. However, Steel type isn’t particularly useful for attacking purposes in the first place. It gets outclassed namely with Moltrés against Ice, Machamp against Rock or Tyranitar against Fairy. And even if it was useful, Scizor as the second best isn’t that far behind in terms of DPS.

Then there is its second half – Psychic charge move is simply a strictly worse version of Futuresight, the best Psychic move in the game. Both 1 bar though the latter deals significantly more damage and, by a slim, is even faster. That immediately gives heavy hitters like Alakazam or Espeon the edge in Psychic role. Not to mention Mewtwo with monstrous 300 attack stat, easily overcoming Psychic charge move disadvantages.

The representation of The Ugly Duckling story – Feebas evolves into majestic Milotic. In fact, the evolution requirement is what makes it truly special. Is the 20 km effort really worth it?

Milotic doesn’t have a problem with the movesets, if anything it’s quite the opposite. On the other hand not even Surf can save the low attack stat on offense. As a Water type, it’s outclassed by Gyarados (237 ATT) and the absolute king of the sea Kyogre (250 ATT) with Waterfall/Hydro Pump.

Back in early 2017 when Generation 2 dropped, Ampharos was said to be the best electric type and Mareep was extremely hard to find in the wild. Why it hadn’t seen much of a use?

While Metagross suffers from a bad movepool and Milotic from a low attack stat, in Ampharos’ case it’s a combination of both. Extra bulk compared to Jolteon doesn’t seem to help and the lack of multiple charge bar move is devastating. After legendary bird made their appearance, Zapdos immediately became the best Electric type with Thunder Bolt. It was then replaced shortly after by Raikou, an unmatched Electric Pokémon to date with access to outstanding Wild Charge.

Last but not least Salamence is probably the most useful and desired Pokémon out of the list. There’s been said a lot about all the Dragon types and their place in the meta. Check Battle of Three Dragons for more details if you haven’t already. So let’s sum up the info.

Stat-wise Salamence is great. It’s another powerful pseudo-legendary Dragon type. The real problem here is with Draco Meteor only being a 1 bar move. Even though it should provide better DPS, it’s outperformed in the real battle by Outrage because of better use of energy. That means there’s a potential of wasting almost fully charged bar just to have Pokémon fainted before it fires off the move. Also, don’t forget about the death lag in raids making Draco Meteor even more risky to use.

Rayquaza clearly wins when time matters. It has the highest attack stat (287) and access to Dragon Tail/Outrage moveset. Dragonite is bulkier and despite lower attack (264) offers better total damage output. Salamence is the third Dragon option.

As you can see, rare does mean strong to some extent. It always comes down to available move sets and base stats. While neither of these Pokémon occupy the very top in their typing, in no way should this stop you from spending resources on your favorite one. It all depends on the chosen play style after all. If you’re really restrictive about (rare) candy and dust investments, then definitely give a read to Best meta relevant Pokémon by Type.