Gengar – the very definition of a Glass Cannon 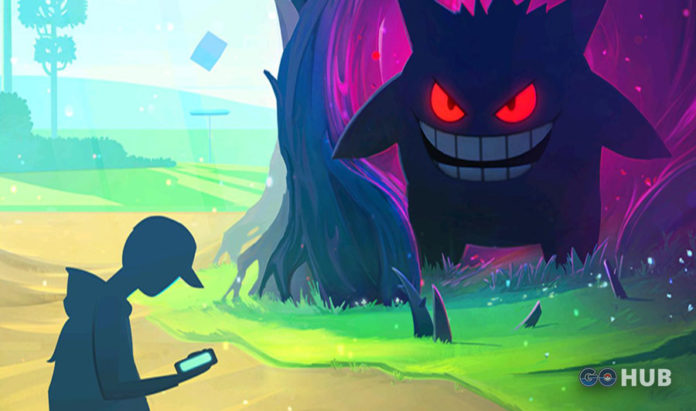 Gengar is one of the best attackers in Pokémon GO. It has a massive legendary-tier attack stat of 261, which ranks 10th in the list of highest attack stats in the game as of now. The main issue with Gengar is its bulk and the fact that its best fast move is legacy, but that does not render Gengar useless at all and it is still one of the best choices when it comes to dealing lots of damage in a short period of time.

The Table below includes Gengar’s Attack, Defense and Stamina base stats, along with its Max CP.

Gengar is the very definition of a glass cannon. With a maximum HP of 106 at level 40 and a defense stat of 156, it won’t last long in battles. However, it will deal a massive amount of damage in a short period of time.

Gengar has a decent movepool, with moves that benefit from STAB and cover its main weaknesses. The following Table includes all obtainable movesets as of now and an exception row including the best legacy moveset for comparison, as well as their cycle DPS calculations.

As it can be seen, Gengar with Shadow Claw and Shadow Ball is a DPS monster. It’s not obtainable anymore, and thus we’ll have to stick with the other moveset options. Hex and Shadow Ball is a great moveset too, but a bit overshadowed by how great Shadow Claw is on Gengar. Even though Hex deals less DPS, it gains energy slightly faster, which can lead to firing off an extra Shadow Ball, and it is still a good move to use on Gengar.

Sucker Punch and Shadow Ball is a bit worse as Sucker Punch does not benefit from STAB and it does not offer a significantly better type coverage. However, if you have difficulties to dodge with Hex, it’s not a bad alternative.

Although Sludge Bomb also benefits from STAB on Gengar, it is outclassed by Shadow Ball, one of the best charge moves in the game. The Poison type is super effective against Grass and Fairy. Thus, having Sludge Bomb does not provide any real benefit over Shadow Ball in the current metagame.

Focus Blast does not benefit from the STAB bonus on Gengar and there are plenty of better Fighting type attackers such as Machamp, Hariyama or Blaziken to do the gym wrecking job against rival Blissey, Chansey, Snorlax and Slaking way better. Furthermore, Gengar’s low bulk makes it near impossible to land more than one Focus Blast before it faints.

The Table below recaps the best moveset for different purposes. Gengar is not a good gym defender by any means due to its low bulk, but its best gym defending moveset has also been included in the Table.

What is Gengar good against?

Gengar is currently the best Ghost type attacker in the game. It is a specialist against Psychic and Ghost type Pokémon, but both types are also super effective against Gengar, so take that into account when you try to battle against a Psychic or Ghost type Pokémon. Gengar was also useful when Gengar raids were out, but its use has decreased significantly now that they are a thing of the past. The following Table recaps all matchups in which Gengar can be used and the recommended movesets to use against these Pokémon.

Gengar raids were out for a long period of time. Thus, most people have optimal counters to fight against it. Interestingly enough, its Poison type make it weak to most of the Pokémon that Gengar is useful against, such as Alakazam, Mewtwo or Espeon. The following Table recaps the main counters of Gengar in Pokémon GO, divided in supreme counters and other viable alternatives. For an in-depth analysis on Gengar counters, this Gengar solo raid guide will be very useful.

Gengar will still be the best Ghost type attacker in the game until Giratina (a Generation 4 legendary) is released. Giratina will have a lower base Attack stat of 206, but its massive bulk (247 Defense and 300 Stamina stats) will make it last longer in battle and perform better overall. Chandelure (Generation 5), Hoopa (a Generation 6 legendary), and Lunala (a Generation 7 legendary) will eventually outclass Gengar too.

Gengar is still a top-tier attacker in the game and its viability relies on dealing a lot of damage in the shortest time possible. It is one of the best choices for Mewtwo raids, provided Mewtwo does not have Confusion as a fast move or Shadow Ball as a Charge Move. If you ever face a Psycho Cut/Focus Blast Mewtwo, Gengar will be your best choice against it.

A common strategy that can be used with Gengar is to place him first in your raid party, so that it deals a lot of damage while the raid boss does not have enough energy to fire off a charge attack yet. It all comes down to personal preference, but powering up a Gengar won’t be a waste of stardust for sure. If Gengar is able to learn Shadow Claw again in the future, its usage will increase again and many people will be able to know what a true DPS monster is.