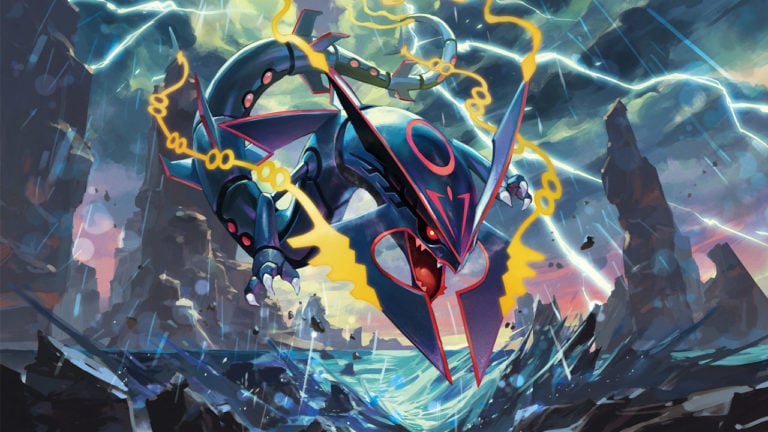 The in-game battle mechanics were rebalanced on November 14. At this point in time you have probably seen that the CP of most of your Pokémon has changed, and the rebalance is the reason why. Have those changes changed the way we raid? Is it easier now to solo Tier 3 Raid bosses? The purpose of this article will be to discuss that with some examples to illustrate it. Click here to jump to “Stat Changes” or to jump to “Raiding after the CP rework”.

Stat changes and the new formulas

Let’s keep this short and simple. As you probably already know, Pokémon have 6 stats in the main series games (HP/ATK/DEF/SP.ATK/SP.DEF/SPEED), whereas they only have 3 stats in Pokémon GO (HP/ATK/DEF). Blissey stats (255/10/10/75/135/55) will be used to illustrate how the formula works.

The nomenclature used will be:

On the offensive side, not much has changed. Well, the attack stat did not change, at least.  If you take a look at our Blissey’s database entry, you’ll see that it has a base attack stat of 129 (pretty low, btw). Let’s see how this value can be obtained by using the stats from the main series games written above:

The formula basically takes a higher portion of the highest attack stat of the 2 (attack and special attack) and a very small portion of the lowest stat. What does this mean? Well, “specialized” Pokémon (those with a very high attack or special attack stat) are benefited but balanced attackers are penalized. This formula, as we said, did not change. However, due to how the battle mechanics work, if defense and stamina change, your DPS can vary, as it will be seen later.

The Defense formula has changed. It used to consider the same proportions shown in the attack stat formula but it now considers 5/8 of the highest value and 3/8 of the lowest one, which still isn’t a fair 50/50 between both defenses but it definitely helps to compute a more realistic stat. Blissey, a special wall, has always been a very weak physical defender, and that’s why with the new formula, its defense stat decreased. Let’s see how the new stat is computed:

Blissey used to have a Base Defense stat of 229, and it has now been reduced to 169 with the new formula. That’s a 26.2% decrease in its base defense stat, which is a very significant change. Balanced defenders are now better represented in the game thanks to this change in the formula.

The Stamina formula also changed. It used to be 2 times the HP base stat in the main series games but it now has a constant to “help” low HP Pokémon and a lower multiplier to balance things out.

Blissey’s old Base Stamina stat is 510 (2 times 255), and now it is 496 with the new formula, which means that it’s been nerfed by just 2.75%. As you can see, Blissey’s nerf does not come from a base stamina stat major reduction but from its weak physical defense stat when it is translated to Pokémon GO stats. It’s also important to note that Stamina is not the same as HP, which is the stat that you see on your screen.

The changes in this formula have generally increased the HP for most Pokémon, which means that whey will be able to survive longer. Furthermore, if their defense stats are reduced and they survive long enough, this could help to fire off an additional charge move and improve its performance in battle. Your glass cannons are definitely happy with this update!

It’s pretty obvious that CPs have changed too, because they are linked to the stats just described. If you want to know how CP works and which formulas are used to compute this value, you can check out this article about Combat Power Mechanics.

Raiding after the CP rework

CPs and Pokémon stats have changed, and how does that influence raiding? Well, those changes have a pretty significant influence in the way we raid. The majority of Pokémon have seen their defense stat decreased and HP increased, which means that the amount of energy taken from incoming attacks will be higher and that its survivability will also be higher thanks to an improved amount of Health (or Hit) Points. Best case scenario, they will be able to land an additional charge move, which will increase its DPS significantly, but that’s not the only change you’ll notice when raiding.

Raid Boss CPs have also changed, and you might be wondering why. If you check out this article, you’ll see how Raid Boss CP is calculated and which stats are used. One of the most significant aspects to consider is the fact that HP is Tier-fixed.

If the Tier-fixed HP value used in raid battles has not changed and the Defense stat for most Pokémon was decreased with the new formula, then it means that the difficulty of Raid Battles has generally decreased.

If we combine both facts (better attacker survivability, same HP for raid bosses while lowering their defense stats), it’s pretty obvious that the difficulty of raiding has changed and those challenges that were very difficult in the past now seem easier to achieve. So let’s take a look at some battle simulations to illustrate that.

Let’s start with a basic simulation. Counter/Dynamic Punch L40 Machamp vs. L40 Zen Headbutt/Dazzling Gleam Blissey (still the best defender in the game even after the stat rework), no weather boost, no friendship boost. 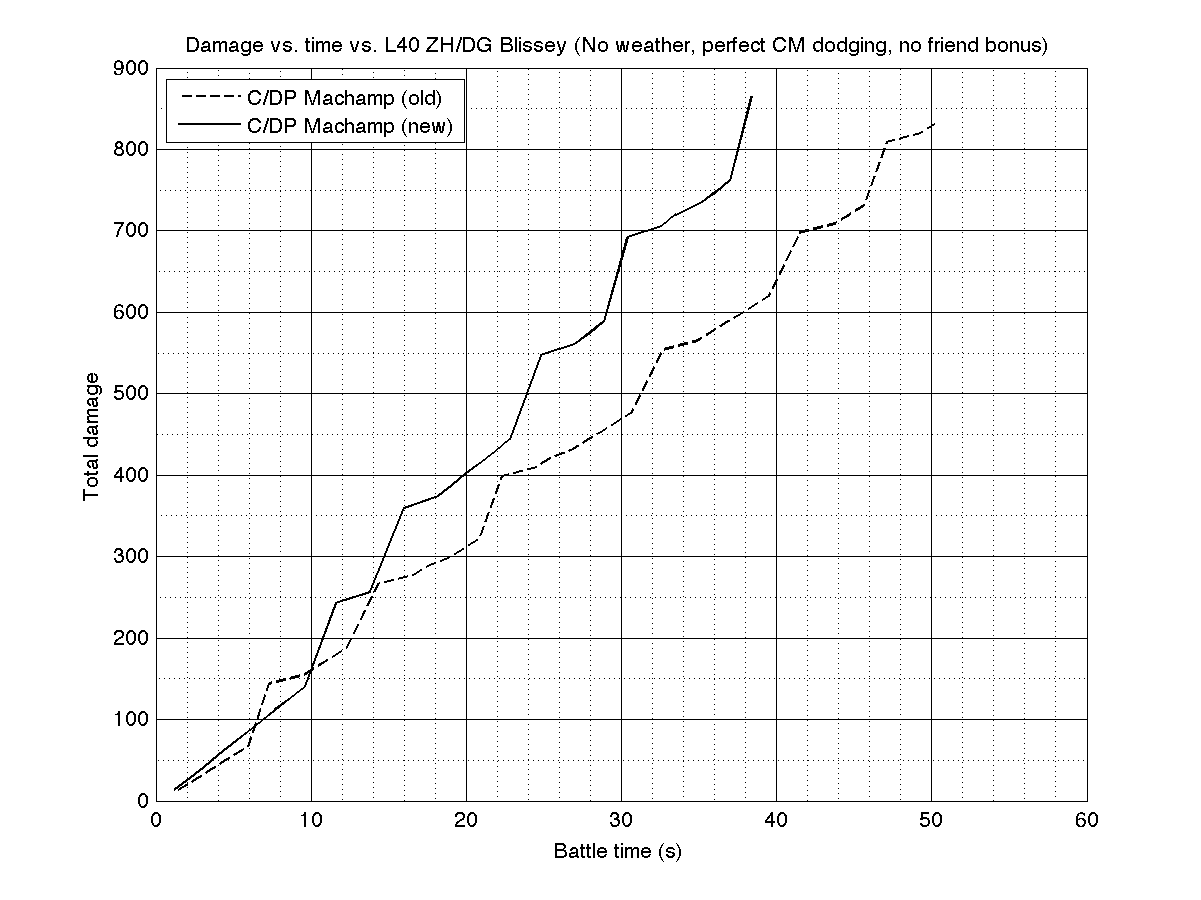 Blissey is now significantly easier to take down. With a TTW (Time To Win) reduction of approximately 22%, fewer potions needed and greater TDO (Total Damage Output), your Machamp army will definitely benefit from the stat rework and will celebrate the fact that Blissey got nerfed.

Deoxys is an example of a Pokémon with balanced defense stats in the main series games. Its base Defense and Special Defense stats are equal (50), and thus the new formula used to compute the base Defense stat in Pokémon GO does not have any influence on Deoxys, which means that it has the same base Defense stat both before and after the stat rework. However, its base Stamina stat increases significantly due to the constant added to the base stamina formula, which makes it a bit bulkier, but still a glass cannon with low tankiness. Let’s see how those Lick Gengar perform after the rework.

The main purpose of this simulation, since the Defense stat of the raid boss did not change,  will be to see how well a glass cannon such as Gengar performs after the rework and how the stat rebalance helps it improve its performance. 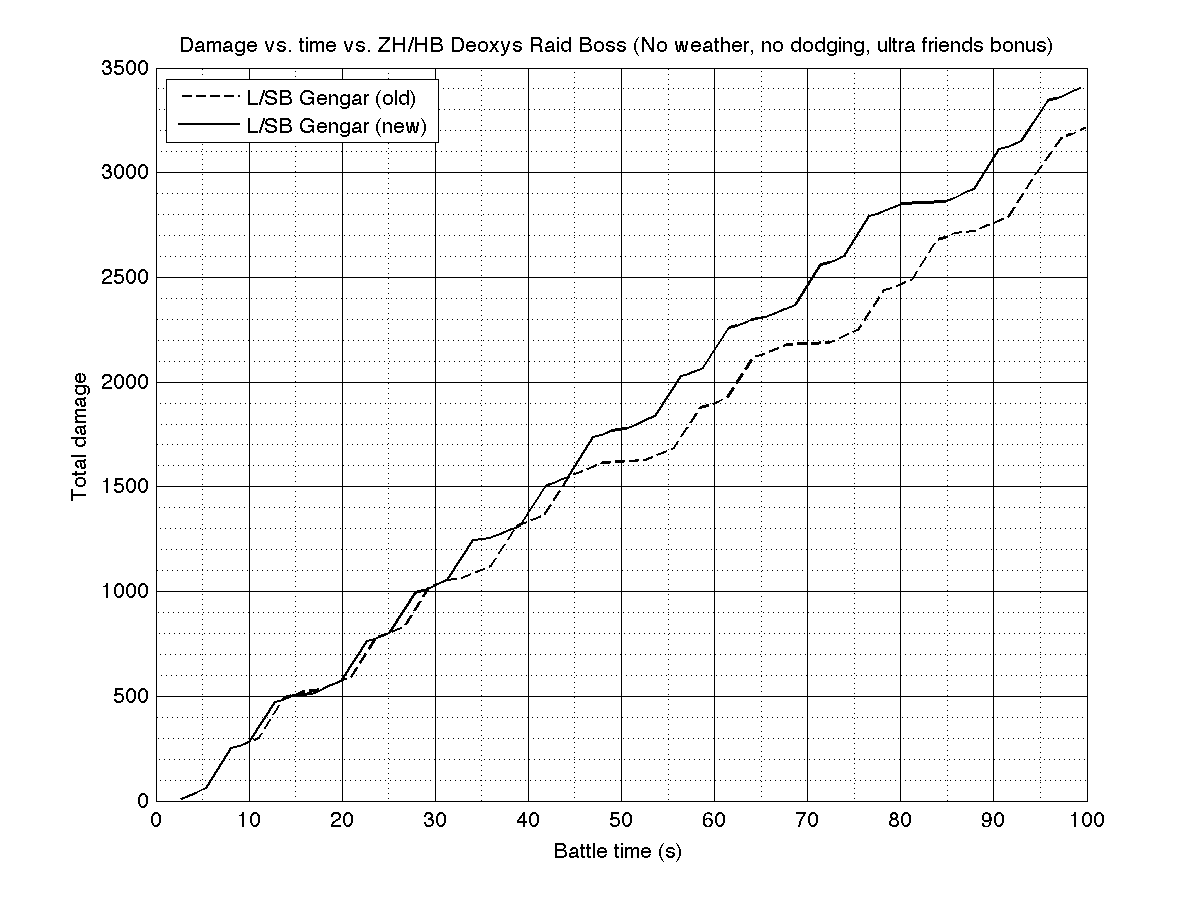 Gengar is still a glass cannon, but its battle performance has significantly improved thanks to the stat rebalance. It has gained some bulk and now it will be capable of surviving longer and firing off additional charge moves, improving its DPS and TDO.