Oh boy. Kotaku posted an article yesterday, titled “The Past, Present, And Future Of Diablo”, featuring a massive write up about the recent Diablo Immortal debacle and Blizzard’s focus on mobile gaming. Jason Schreier, the author, has spoken to 11 current and 1 former Blizzard employee while writing the massive piece in which he dwells on Blizzard’s past, present and future.

Schreier’s writing reveals that Diablo Immortal isn’t the only mobile game in development at Blizzard, which is not surprising given the company’s smashing hit – Hearthstone – is bringing in millions in in-app purchases and micro transactions. However, what is surprising is the following passage that caught us by surprise:

“For example, developers told me, quite a few people at Blizzard play Pokémon Go, the massively popular mobile game that lets you use your phone’s camera to catch wild creatures. […] The natural extension of that was for one of Blizzard’s incubation teams to develop a Warcraft version of Pokémon Go, which is in development for smartphones now.”

A Warcraft version of Pokemon GO? In development? Now?!? What is going on here? Schreier is quick to clarify that the game is in development because lead designer Cory Stockton (formerly of World of Warcraft) is a huge fan of Pokémon. What is even more exciting, apparently, people who played the Warcraft mobile game said it is more feature complete than Pokemon GO and that it even includes single-player mechanics. 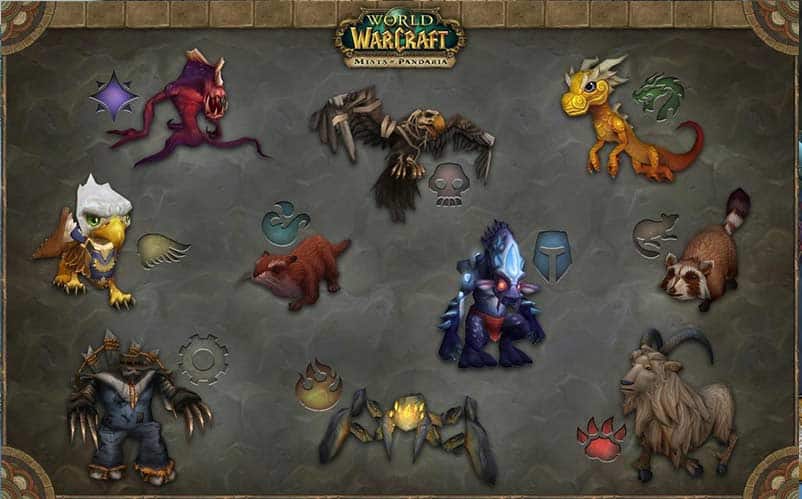 A turn based system, with Pokemon GO-like capture mechanics and Blizzard’s typical layer of polish could be a winning formula for a mobile Warcraft game. But that’s our take on the matter.

You can learn more about Warcraft pets here: