Gen 6 Pokémon Have Been Added to the Game Master file! 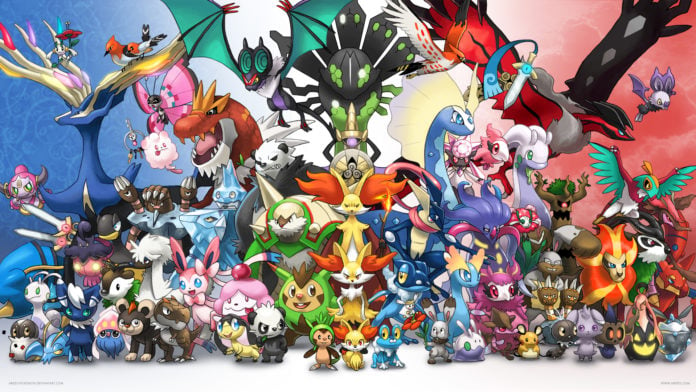 Trainers, get ready to get hyped, the first Generation VI Pokémon have been officially added to the Game Master file! We know the arrival of Pokémon is imminent thanks to the GO Beyond announcement that you can ready more about in detail here.

There will be a number of related events Trainers can look forward to, including the Special Celebration Event from Wednesday, December 2, 2020 at 10:00 a.m. to Tuesday December 8, 2020, at 10:00 p.m. local time and the Mysterious Raid Egg where a mysterious Pokémon will be hatching from a one-star Raid Egg.

Pokémon originally discovered in the Kalos region are coming!

Pokémon such as Chepsin, Fennekin, Froakie, Fletchling, and their Evolutions will be coming to Pokémon GO—including the highly anticipated Greninja and Talonflame! Pyroar will also be available in both of its forms.

Thanks to the hard work of the PokéMiners, and the official announcement, we have a good idea of what is likely to be the first wave of Kalos Pokémon. The sprites and moves added to the game go further than the Pokémon listed in the article, so we are hoping we will see all of them introduced!

We are slowly updating our database to include the official sprites that have now been datamined, including their shiny versions.

While a lot of these Pokémon were announced in the initial blog post, the addition of Scatterbug lends to the theory that it could be the mysterious one star egg that was teased. Noibat, Noivern, Espurr and Meowstic were also not mentioned, so it could potentially be quite a big first wave!

Klefki is set to be the first regional of Kalos, as an exclusive to France. The Kalos region is based on France, so it makes sense that France would gain their own regional exclusive. With Gen VI being a smaller generation, we don’t expect a large amount of other regionals, though there are others, such as Hawlucha, that could potentially be a regional exclusive.

As well as the physical sprites being added, we are also starting to see the roll out of stats and moves being added for these Pokémon. There are some definite winners and losers in these movesets and stats, with a lot to be hyped for! We have guides coming that focus specifically on which Pokémon will be great additions to PVP, as well as which will be incredibly useful for PVE, so keep an eye out in the coming days for more indepth articles focused on specific Pokémon, stats, and movesets.

We know Noibat is going to require a whopping 400 candies, and 5km buddy distance walked to evolve into Noivern, making it the Magikarp of the Kalos region. Make sure you are stocked up ready on those pinap berries!

We don’t know if any shinies will be introduced in this first wave, but all the sprites so far have included both the regular and shiny forms in the game master file. There have been Pokémon that are brand new to the game that immediately had their shinies released, such as Minccino, but we recommend managing your hype for shiny Kalos Pokémon to begin with.

Are you ready for December 2nd? We know we are!

This week we have the first ever Evolving Stars...