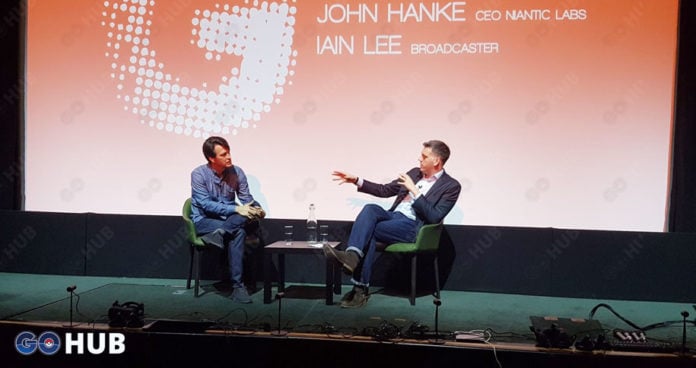 one of our London field agents (thanks Daniel!) had the privilege to attend the Mixed Reality Summit during the London Games Festival, which featured John Hanke, the CEO of Niantic.

Hanke joined the panel for a fireside chat, discussing the present and the future of Pokémon GO and AR market in general. Fortunately, Hanke shared some very important bits of information for the future of Pokemon GO!

Without further ado, here are all the important quick bits that Hanke shared:

We were surprised to hear how progressive Hanke’s plans are, as they’re mostly focused on three things: innovation, teamplay, outdoors. Hanke hinted they’re exploring innovative options for Pokémon GO; they’re not shying away from experiments.

The guiding line of his chat was that AR is just starting and that Pokémon GO opened the “mixed reality” doors for everyone.

Some interesting quotes he shared:

All in all, a great talk with quite a bit of information. Big thanks to Daniel of London fame for reporting!

Galarian and Alolan Pokémon take over 7 KM Eggs, and Latias...