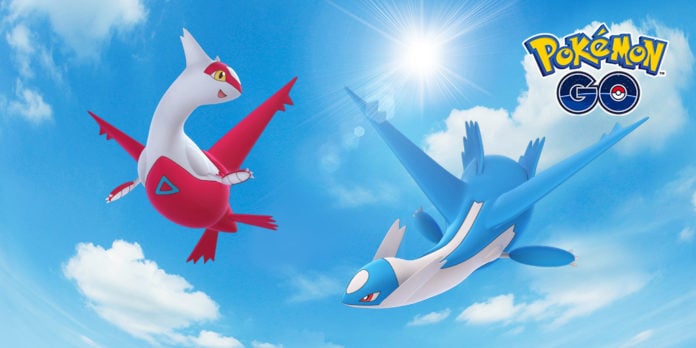 Trainers, Chrales did not troll us, Latios and Latias have been released worldwide! As stipulated earlier today, the Legendary Pokémon Latias will appear in Raid Battles across Europe and Asia, while Latios will appear in North America, South America, and Africa until May 8, when the two will switch locations and be available until June 5, so all Trainers will have the opportunity to catch both powerful Pokémon.

Now be aware, although their shiny models have also been discovered earlier today, there has been no confirmation that the Eon Duo’s shiny models are actually obtainable. Niantic has demonstrated having a tendency to upload shiny models in the game before releasing them to the public, so it’s unlikely that they will be available for now.

In addition to a the Eon Duo, it seems that another very interesting raid boss shakeup has taken place, bringing more 8 (10 if we include Latios and Latias) new bosses to T1 through T4 raids (bold marks new bosses):

Shuppet, Duskull, and Misdreavus are certainly interesting as they appear to be directly related to the Special Research quests (more information about these here). At stage 5 of your Mew Quest, you will have to catch 10 Ghost type Pokémon, and unless you play at night, these do not spawn frequently, so these new raid bosses will certainly prove useful.

Pinsir, Granbull, and Houndoom will certainly be decent counters when it comes to battling Latios and Latias. It isn’t the first time that Niantic makes decent counters (to the active Legendary Raid Boss) available to the players through raids. For more information on how to defeat the Eon Duo, please refer to our guide here.

We’re working hard on updating our existing raid guides for these new bosses, but it could take some time. Bare with us, read our Latios/Latios Raid Guide, and do the following: