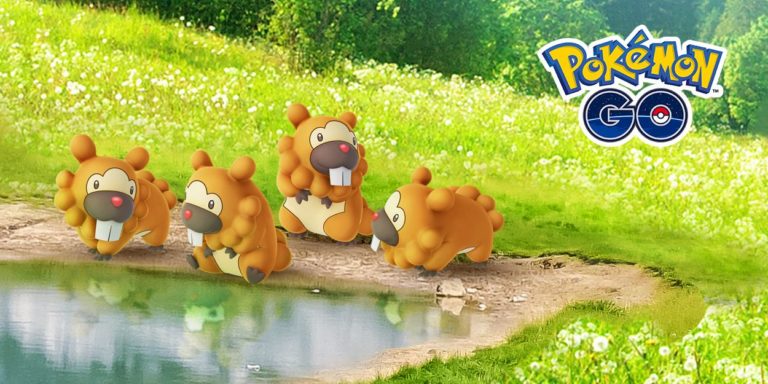 Out of seemingly no where, Niantic woke up today with one sole thing in mind, Bidoof. Why? We don’t know, but one thing is certain, Bidoof has taken the Pokémon GO community by storm.

We will not only be looking at the official Niantic bread-n-butter info, but to celebrate, we will also be taking a look at some fantastic Bidoof AR shots.

Like all good things in life, this momentous occasion had to start somewhere, right? At first we thought it was just a game, but as things progressed, we learned how serious Niantic actually was…

Starting off in the morning, the official Pokémon GO twitter account proposed Trainers with a question, who should we celebrate today? And well, I would dare say the community’s answer came down to a close call…

Personally, I voted for Bidoof, but well, let’s not get political here, we are just stating the facts. Bidoof won with a marginal landslide of 46%, a 7% difference as of 5:30 PM (CDT).

With Trainers either celebrating victory or crying in defeat, Niantic unleashed the announcement, featuring Bidoof as the very first “Pokémon Appreciation Day” Pokémon. This announcement invited Trainers to take AR photos of Bidoof and post them on social media for all to see, but wait there’s more…

You’ve got it, Trainers! We’re kicking off our first Pokémon Appreciation Day by featuring the Plump Mouse Pokémon, Bidoof! Show us your love for Bidoof by posting your favorite AR photos of it with #BidoofDay, and we’ll share some of our favorites! pic.twitter.com/nE3itV9dmG

Again, I would have prefered to see a Bidoof Day, but well, I guess we are stuck with Bidoof, so why not take some pictures of it?

Just as Trainers were getting used to the previous announcement, they were hit with another, this one giving us a bit of insight as to who this special Pokémon is…

Bidoof has nerves of steel. Nothing can perturb it. No matter what obstacles you might face today, be like Bidoof and persevere through it, Trainers! #MotivationMonday

Well, I might not have voted for it at first, but it sure does give an inspirational talk, may Bidoof share its wisdom more?

With Bidoofs spawning at the rate of Pidgeys, Niantic made a second request, something a bit more specific. This request would send Trainers on the hunt for Bidoof in its natural habitat…

Time for a Bidoof AR challenge! Can you take an AR photo of Bidoof in its natural habitat? (Hint: It constantly gnaws on logs and rocks and nests alongside water.) Once you’ve captured this photo, share it in the comments below or post it with #BidoofDay!

It is one thing to take a picture of Bidoof in your living room, it’s another to go out hunting for it, but well, at this point even I can agree, that lord Bidoof is worth it.

As Niantic challenged Trainers to find Bidoof in its natural habitat and photograph it, we thought it was only appropriate to take some photos that some of our own users have uploaded on discord, and share in the Bidoof AR Challenge fun!

They say if you stare at a Bidoof long enough, it will start to stare back, beware if this happens, you may encounter a very different side to Bidoof.

Woodworkers have said that when Bidoof is able to cut a tree down, it will stand on the log and celebrate with a victory dance, so much so that even though they can cut trees down at an incredible rate, they still lose the majority of their time on celebratory dancing.

Assuming you ignored Bidoof’s look, his stance, his pounce, and are ready for a battle of the ages, the next step in Bidoof’s jorney is to make a final stand…literally. 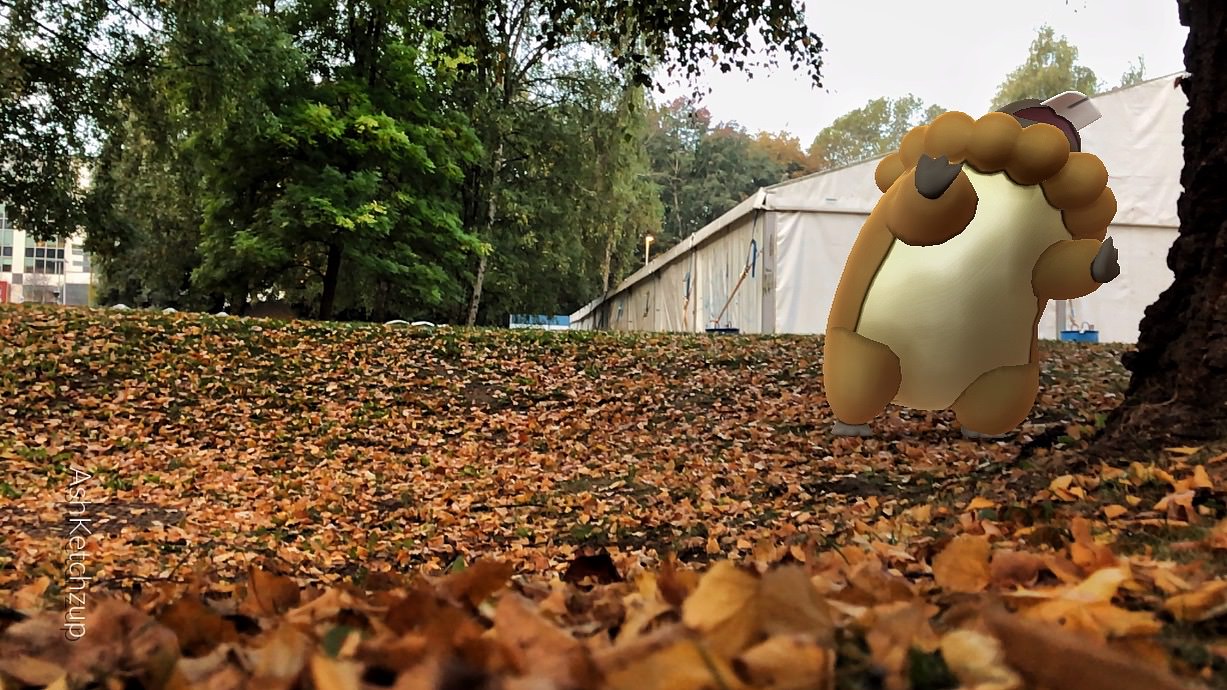 Bidoof is very territorial, do not underestimate its power, although it may have a buck tooth smile that melts your heart, it will still pounce to signify that you should back away.

It’s been said that Bidoof can camouflage itself anywhere it is, doesn’t matter what its enviroment is, or who its Trainer might be, take advantage at that split second that Bidoof is unhidden, cause you may never find it again.

Legend has it that in times of great division and danger, one Pokémon will rise above them all, and with its own being, bring a peace over the land to satisfy even the most tyrannical soul. That Pokémon’s name, is Bidoof.

With Halloween right around the corner, what are you afraid of? A Gengar? A Dusclops? Giratina himself? No my friends, this is who you should be afraid to run into on Halloween night, this is the face of fear.

I once heard that a friend of cousin’s friend came across a Bidoof one day quite like this one, he ignored its look, and so Bidoof ignored him, he has yet to catch a Bidoof on his Pokémon adventure now, respect Bidoof kids, respect it.

Bidoof is a hard worker, and there is nothing it hates more then being interrupted while it is in the middle of working, they say a Bidoof has the power to build a dam in a single day, and it won’t let anything get in its way of getting the job done.

After a long day of hard work, Bidoof likes to relax, and what better way of doing that is there, then going to the Spa? Well, unfortunately, we don’t really have Spas to accomodate Bidoofs, but Bidoof don’t care, Bidoof makes its own Spa.

Bidoof might seem like a tough cookie, but deep down it just wants to be loved like the rest of the Pokémon, so why not make it feel like a model for a day? You know those buck teeth were meant to be shown off to the world!

Bidoof’s teeth are so strong that lumberjacks have reported seeing them topple any tree with a single bite, working better than any man-made saw, you were scared of having termites? Try a Bidoof on for size.

Bidoof can do more than just build dams, its teeth can replace the function of any hardware tool, from a hammer, to a screwdriver, to a chainsaw, so it comes as no surprise when this little Bidoof shows off his latest creation, a Gazebo made by its bare buck-teeth.

With the introduction of Pokémon Appreciation Day, Trainers can only wonder what this could mean for the future, with many Trainers speculating this could be used to release brand new shinies, increase spawn rates, or much more.

We will keep you posted on any new changes when it comes to #BidoofDay as the day progresses, in the mean time, be sure to post all your Bidoof memorabilia for the world to see, after all, it’s Bidoof Day!