Trainers, the GO Hub’s data mine of the new Pokemon GO 0.97.2 APK is complete! The new update has brought the entire quest code base back to the Pokemon GO’s release branch, together with a few new assets. Let’s dive right in!

According to the code base, a special Mew Encounter will be available for Trainers who work hard to complete their Special Research quest chain, culminating with a special Mew Encounter Badge whose icon we were not able to find in the APK yet. It is quite possible that the badge will be awarded “post mortem” in a future version, but for now there is no visual indication that you encountered Mew – only a behind-the-scenes code tracker.

Hand in hand with the above mentioned badge, there are two new flags that separate Legendary from Mythical Pokemon:

We are not 100% sure if Mew will be available on day one, but it looks like everything is ready for the release if need be. We are expecting a worldwide race for the first Mew encounter as soon as the feature becomes available.

You can join in on the race on our forums: The Quest for Mew.

New quest badges have appeared in the game. We still don’t have the requirements for these, but we know they are tied to the number of completed quests:

We also found traces of quest requirements, or preconditions in this APK. We are quite certain that there will be a number of salty players, but yes, some quests are only unlocked after you reach a particular level / medal in Pokemon GO:

A full list of quest types is also in the APK, hinting at which quests will be available through the new Field and Special Research mechanisms. There are 16 different types of quests in the game right now! 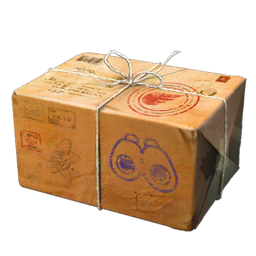 Evidently, some of these types are tied to features which are available after a specific Trainer level, so the previously discovered quest level requirements do make sense. You will be able to earn various rewards by completing these quests:

And last, but definitely not least, Professor Willow has a full range of emotions that he can exhibit (up from Happy and Unset found in 0.91.1):

What else is new?

A few new images and sound effects are now available in the APK, mostly related to the new Quest system. Without sharing all of the updated texture, here’s what’s really new.