just a short and sweet update – the Pokemon GO Valentines Day event is live, featuring increased spawns (“schools”) of Luvdisc and 3x Stardust for each one caught. Get ready to pop those Lures and Star Pieces, it’s raining dust! But wait, that’s not all! Chansey spawns have been increased and Chansey is also awarding 3X Stardust!

In other news, our wonderful Twitter and Discord communities have confirmed in sheer seconds that, indeed, a shiny version of Luvdisc has been released, and is now appearing in schools of Dusty Luvdiscs around the globe. 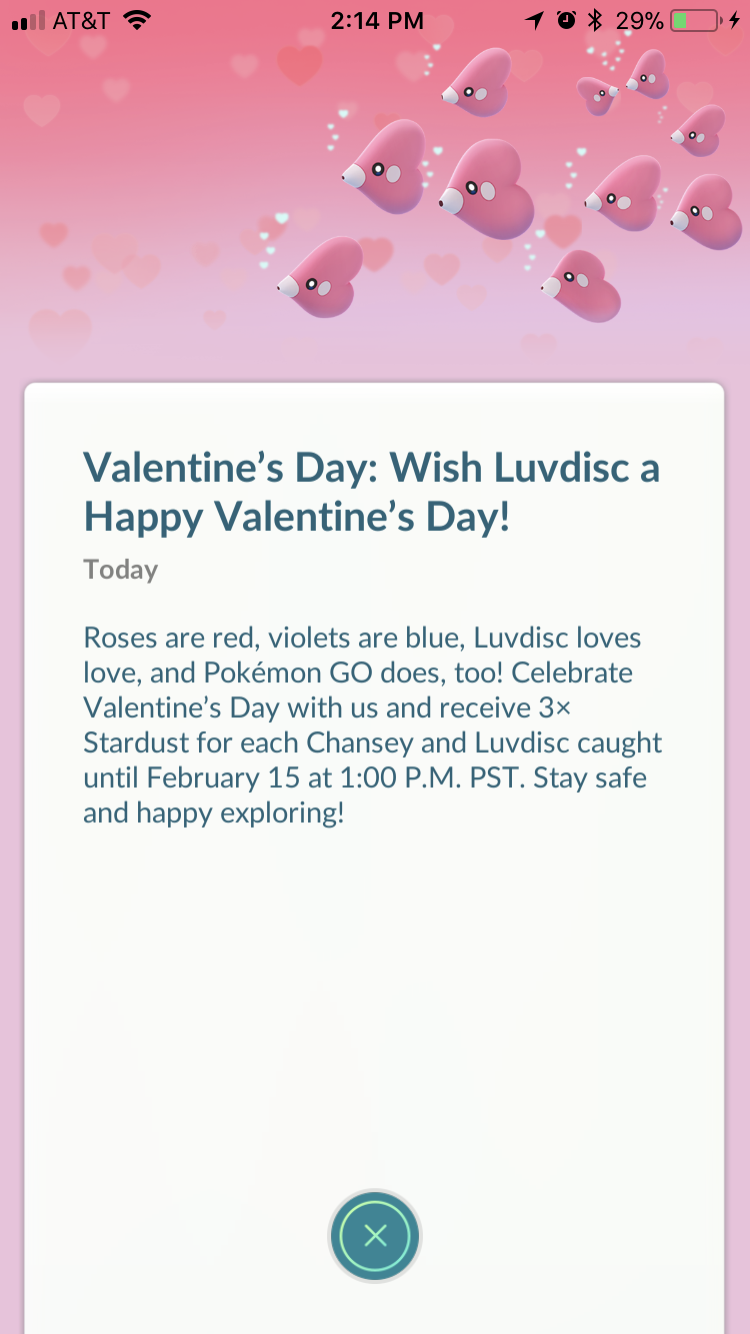