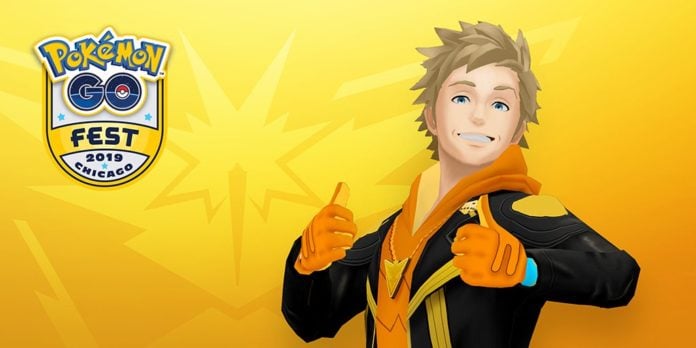 The Rocket Radar storyline continues to evolve. First we saw Professor Willow creating an early Rocket Radar prototype from Mysterious Components, an item dropped by Team GO Rocket Grunts while hacking a PokéStop. Willow then tested the prototype with Blanche and accidentally ran into Cliff, a formidable Team GO Rocket Leader who refused to fight Blanche. Maybe it was for the best, as Blanche was clearly afraid of Cliff.

The storyline continues with Spark, Team Instinct leader, “borrowing” the malfunctioning Rocket Radar prototype to do some unauthorized testing. Spark was concerned that Team GO Rocket was stealing Eggs from PokéStops and turning them into Shadow Pokémon. After he saved a few Eggs, another Team GO Rocket Leader appeared: Sierra. Spark was afraid of fighting with Sierra, mentioning that he felt small in her presence. Sierra seemingly had years of experience and training.

Spark’s actions were not in vain, as his unauthorized usage provided Blanche with additional data on the issues they were having with the prototype. Spark and Blanche are now working together to figure out the problem.

Work continues to move forward on tracking Team GO Rocket. I’ve observed Blanche having a renewed sense of motivation as we improved upon the Rocket Radar prototype. Unfortunately, we had some…unexpected testing by our rambunctious Team Instinct Leader, Spark.

After his unauthorized testing, and a bit of reprimanding, Spark shared with me yet another unexpected encounter. He had ventured out on his own with the malfunctioning Rocket Radar that Blanche had been working on. He was concerned that since Team GO Rocket was stealing from PokéStops, that also meant they were taking the Eggs as well. Worried that they might hatch the Eggs and turn those Pokémon into Shadow Pokémon too, so he was determined to save as many Eggs as he could before Team GO Rocket got to them.

Even more concerning, he confirmed that he had a face-to-face with the woman in the decrypted images: Sierra. He told me that after he saved a few Eggs, Sierra appeared and mocked his rescue mission, which only riled Spark up further. He challenged her to a battle, however, his impulsiveness had gotten the best of him. His natural instinct to go out and protect these Eggs also left him completely unprepared to battle. Sierra noticed he had no Poké Balls and dismissed Spark’s challenge, saying not to waste her time as she disappeared into the shadows.

Spark told me that Sierra’s presence seemed different from the Grunts he’d encountered. He wasn’t intimidated by Team GO Rocket Grunts, but he felt small in Sierra’s presence. The way she spoke and moved gave off a sense that she had years of experience and training that outmatched his own. It appears as if Team GO Rocket has some formidable leaders after all.

Spark returned the Rocket Radar, which was still malfunctioning after Blanche’s adjustments. Blanche was obviously not amused by the adventures of a fellow team leader, but realized his use of the prototype provided additional insights into what could be causing the malfunction. The two began working together to find the source of the issue.

Since our team leaders have unique strengths (and weaknesses), I believe collaboration will be the key to our success.