our data mining of 0.59.1 APK is complete! We are very excited to share our findings, but be aware that this data mining report contains spoilers for future features of Pokémon GO.

The 0.59.1 release is one of the biggest releases in a while, with multiple UI and performance improvements, bug fixes left and right and foundation for the future of Pokémon GO events.

Summary of our discoveries

For the curious ones: you can always grab the APK on APK Mirror and data mine it using this guide.

The excitement starts right here, as this version introduced new Pokédex badges for Genders and Shiny variants. Here’s the icons in question: Our asset extracting setup broke down after exporting those, so we’ll be using TheSilphRoad’s image to show the remaining new badges (Genderless and Unown): 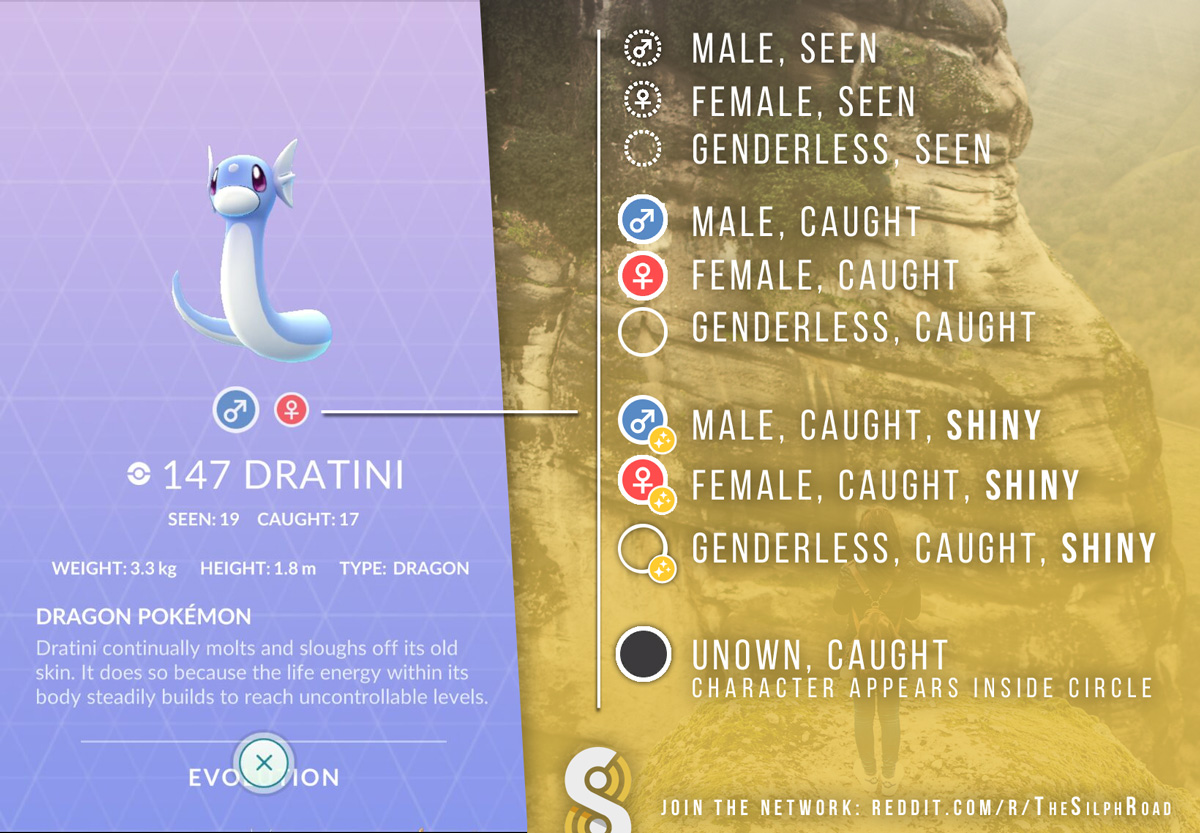 We’ve been reporting on an increase of Shiny code in the APKs for months already, but it seems that they are now finally code complete and ready to launch. It wouldn’t surprise us if there was a silent release of Shinies this or next week.

We were also able to confirm that Shiny Pokémon were tested in the wild, mostly through error messages found in the APK.

We have no news to share on their release date, but we do know how they technically work and behave: Full technical breakdown of Shiny Pokémon in Pokémon GO.

Initially, we thought that “passcodes” in the APK refer to improved security however, we were wrong. Niantic is introducing redeemable codes, mostly for event purposes! Our current understanding is that Passcodes will be used for promotions and obtaining special items!

There are more references in the APK, however, we’re sharing only these ones for brevity:

A new throw mechanic was introduced, however we are not sure what it does or how it influences capturing Pokémon. At this point we know that the game grades your throw using a different mechanism than it used to do it before

Festivals and Events are now split

Apparently, Niantic is preparing it’s client side infrastructure for an upcoming series of events. We’ve observed Festivals and Events handled separately in the past, however, they have now been split in the codebase also.

We’re very excited to see how and when Shiny Pokémon will start appearing in the wild. The infrastructure is there, the UI is there and everything Niantic has to do is press the magic button.

As for other features introduced in this release, it’s interesting to see how they’re carefully building the foundation for future events and features.