New Media Animation Exhibition, Xiamen, China 2018 is a festival that showcases advancements in various media departments, Augmented Reality included. Of course, with Pokémon GO being the poster child of AR, there is a nifty demo available for festivals visitors.

As showcased in a different demo, the “wall” is completely aware of where the Pokéball hits it. At first, we thought that the thrower is really clumsy, but then we realised he was showcasing how the ball continues to travel in AR from the point where it hit the wall:

Apparently, this type of screen / projection technology has been around for years, mostly utilised for indoor golf simulators (they make those?): 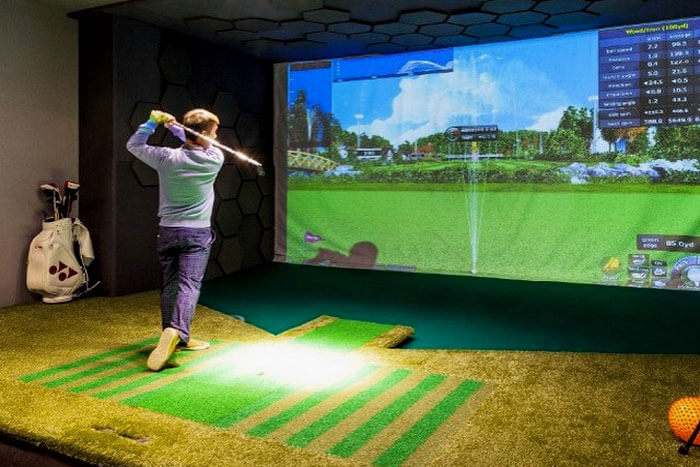 The setup consists of a few components (via Golf City):

And it seems that almost the a similar setup has been created for Pokémon GO, with ball plushie replacing the gold bat. What do you think, would this type of interaction be fun as a mini game outside of Pokémon GO’s main game loops?