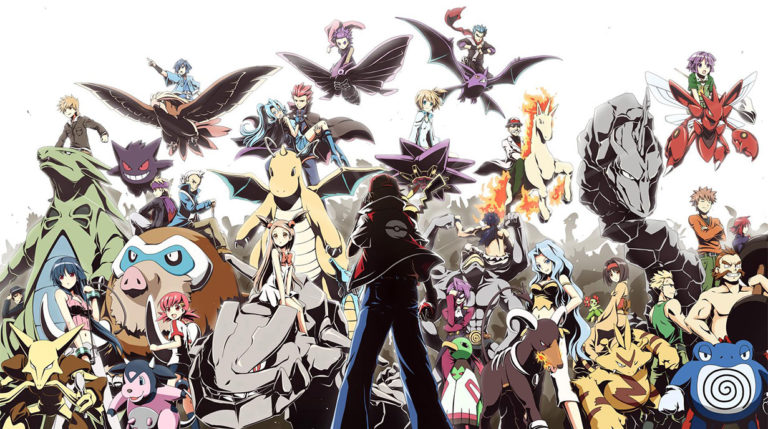 After Niantic founder John Hanke announced on San Diego Comic-Con Pokemon GO Second Generation is coming sometimes in the future, we were thrilled to take an early look at the Second Generation and speculate a bit on which Pokemon will be the strongest contenders in the game’s future.

Lucky, as Second Generation Pokemon were around for more than 16 years, we are quite confident that these Pokemon will be close, if not in the top, of the best Gym teams out there.

Pokemon GO Second Generation will introduce the same 100 new Pokemon that were introduced in Pokemon Gold & Silver, with new Dark and Steel types, new evolutions for several Generation I Pokemon and new type combinations that will change the balance of power a lot.

The original Second Generation games introduced a lot of changes, but most importantly it introduced new effectiveness for Bug, Poison, Ghost and Ice Pokemon:

A Flying/Steel Pokemon with great number of Resistances – resistant to 8 types and immune to 2 types. With good speed, bulky Defense, and only 2 type disadvantages, Skarmory is usually the staple of every end game team that wants to outlast the opponent.

Not only Cyndaquil, the first stage of Typhlosion, was the strongest and most versatile starter in Generation II, Typhlosion is a beast on it’s own. With signature Special Moves like Flamethrower, he can also learn some electric moves like Thunderpunch. Comes with good offensive stats and good speed to compensate what it’s lacking on the defensive part.

A crazy combination of Bug and Fighting types, Heracross started the trend of Bug types being more used in competitive battling. Heracross not only has high physical stats, but also amazing Megahorn Special attack that can deal massive amounts of Bug damage to pretty much anything. Megahorn is the most powerful Bug type in the game which allows Heracross to deal with Psychic types easily.

Water/Dragon type that evolves from Seadra, Kingdra is one of those Pokemon that can surprise any team with a combination of Hydro Pumps and dragon moves. Trying to get the type advantage over Kingdra, as it’s only weak to Dragon and Fairy moves. Electric Pokemon are not the best choice here. Kingdra could very well be the Vaporeon of Pokemon GO Second Generation.

A new form of Eevee evolution, Umbreon is a new Dark type introduced in Generation II. The surprising thing with Umbreon is the large amount of HP and Defensive stats it has. Umbreon is considered the best Eeveelution in Generation II, as it has good defense, interesting move set and usually lasts out almost anything.

A Bug/Steel Pokemon that’s resistant to 7 different types and immune to 1, but gets completely obliterated by Fire moves. Scizor has decent defense stats, fantastic attack stats, it is kinda slow but still very powerful. It’s often considered a “sleeper” Pokemon, with incredible power and utility in situations where you wouldn’t expect a Bug/Steel Pokemon to excel.

Pseudo legendary Rock/Dark Pokemon, basically the Generation II equivalent to Dragonite, just with more Health and crazy Offense stats. This guy was able to take down even Mewtwo in Pokemon Stadium games, so don’t ever take him lightly. Plus he looks like Godzilla, so that’s always good.