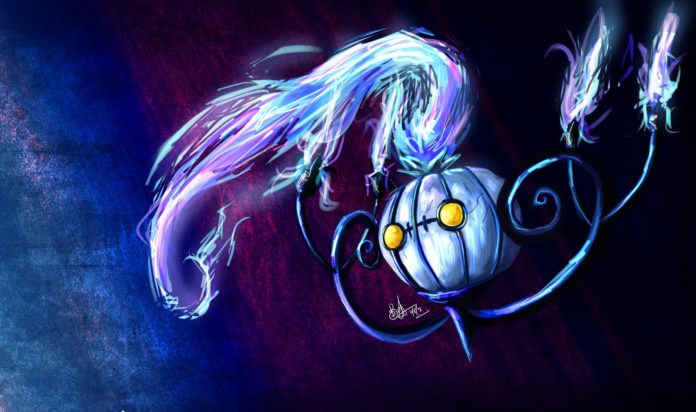 Pokemon GO’s Generation V could be right around the corner, depending on which rumor mill you subscribe to. We’re careful not to start the hype train, but with the latest leaks and rumors hinting that Generation 5 could be a mere month away, we were excited to take an early look at Unova region’s Pokemon line up. Which Gen 5 Pokemon will be worth the dust, candies and grinding? Which will be viable and which are Rattata equivalents? So many questions!

Generation 5 introduces 156 new Pokemon (bringing the total to 649), but no new evolutionary relatives to previous Pokemon. Pokemon Black and White were set in a remote Unova region, where Pokemon from other regions could not be caught. Black and White was a major departure from the series formula, sparking controversy among fans at the time of its release. However, after a while, Generation V came to be considered one of the best Pokemon generations of all time.

Lets take a look at some of the Pokemon that might be of use to your raid and PvP teams and the reasons why.

Chandelure is a popular Fire / Ghost type introduced in Generation V. With more ATK and more DEF than Gengar, Chandelure is posing to be a strong addition to the limited Ghost type line up in Pokemon GO. Chandelure hits harder than a Giratina, but it is not as bulky due to limited amount of Stamina.

Giratina will remain the top Ghost type attacker, but Chandelure could finally bench Gengar. Of course, only if it gets a decent move set. You can see from the below chart that Chandelure DPS is predicted to be higher than Gengar and its TDO is staggeringly higher overall if it gets access to Hex.

Chandelure is a Fire type, as well as a Ghost type. The below chart shows that Chandelure will also stand up as a decent fire type against the likes of Moltres and Blaziken with access to Overheat, this will give it a lower TDO than Moltres but a higher DPS.

Archeops is a Rock and Flying Pokemon with massive attack stat (292, Mewtwo is 300!), low defense and average stamina. Due to it’s high attack stat, Archeops is expected to be a high(ish) tier Pokemon. It’s almost guaranteed that it will carry Ancient Power and, hopefully, Rock Slide.

Archeops, as a double Rock type attacker will feature a vastly higher DPS than our old buddy Tyranitar, but its hard for any non-legendary Pokemon to get close to its overwhelming damage numbers with Stone Edge. Tyranitar’s bulk is a force to be reckoned with, but Archeops could actually be a popular alternative:

A double Flying type Archeops offensive could be short lived, as its defense stat is not great, but it would benefit from a high DPS value making it a good “Glass Cannon” alternative for those who don’t have an ideal line-up in a raid squad. The table below highlights an interesting find – Archeops does more damage than some of the best current Legendary Pokemon:

Due to Archeops not taking reduced damage from Fighting moves, it remains to be seen how effective it will be at taking down Machamp raids.

Yes, do not adjust the settings on your phone, desktop or tablet Trainers, this isn’t an error… Volcarona might well be the first decent Bug Pokemon we will see in Pokemon GO, one that could have a decent DPS output and some decent stats. Volcarona is a Bug and Fire type with high attack, solid defense and stamina, and it’s likely to become one of the best counters for Grass type Pokemon.

Compared to other Bug types, Volcarona is the clear choice for a Bug type team. Bug types are really only good against those rare and far between Dark types, occasionally bulky Grass types and pesky Psychic type raids. Volcarona might be a good choice to take on Deoxys if it is still in Ex-Raid when it becomes available:

Volcarona can be also be used as a Fire type. The following table that compares Volcarona to other Pokemon GO Fire types and, as you can see, it’s going to be a great addition to the Fire type DPS category (besides Reshiram of course):

Excadrill is a curious Ground and Steel type Pokemon with high attack and stamina, but awful defense stat. Excadrill’s biggest advantage is its typing, as it has only four weaknesses and a massive number of Resistances. Excadrill is one of the rare Gen V non-legendary Pokemon that was moved to the Uber tier in main series, that’s how overpowered it was.

Excadrill suffers from a lower TDO than most other high tier Ground types. As we expect Excadrill to get Drill Run, here’s how he stacks up with other popular Ground type attackers.

Excadrill’s resistances make it an amazing counter to Poison, Electric and Rock type Pokemon, so we’re quiet excited to see it in action.

Conkeldurr is a slightly boosted version of Machamp, with a bit higher attack, higher stamina and same defense. Conkeldurr will likely become the best Fighting type Pokemon upon release, especially if it gets the fairly typical Counter / DP move set. Conkeldurr’s stamina makes it a better raider, but we’re not sure if the difference is large enough to justify spending tons of Stardust.

We didn’t expect to see a Fighting type that could rival Dynamic Punch Machamp but there he is! If Conkeldurr gets access to Dynamic Punch, then this Pokemon will be your go to jack-of-all-trades Fighting type going forward due to its increased DPS AND TDO compared to Machamp:

Overall – Generation 5 introduces some interesting type combinations and Pokemon from the get-go. The above picks are just five of the bunch that might stand out from the crowd. We will be back again with an analysis of other Pokemon from this generation in Part 2…