Howdy folks! First we had the return of Kyurem, and then Reshiram, and now it’s finally time to welcome back ZEKROM to five-star raids for the next several days with its own signature move. How’s it looking in PvP? Let’s check our Bottom Line Up Front and then dive into a full analysis!

Stats are easy… they’re exactly identical to Reshiram, who we just covered a few days ago. As with Reshi, Zekrom is a bit more heavily Attack weighted than you’d like in CP-capped Leagues. As a VERY close comparison, you know how glassy Scizor is in Ultra League? Scizor’s stats are basically identical to Zekrom, with Attack stat only 0.2 different (on average), Scizor having about 2 more Defense, and Zekrom having about 2 more HP. Their average overall stat products are only 1 digit apart (3486 for Zekrom, and 3487 for Scizor) in Ultra League. So yeah… Zekrom will never be confused for “bulky”. Like Reshiram, it’s built more for Master League than anything else.

As for the typing, it’s more good than bad. Zekrom retains the standard Dragon resistances to the “elements” (Grass, Fire, Water, and Electric), with its Electric subtyping adding resistances to Steel and Flying, and doubling its resistance to Electric damage. On the defensive side, Zekrom also gets the bad from Dragon (weaknesses to Dragon, Fairy, and Ice damage), as well as the one weakness that comes with Electric: Ground. So in short summary: six resistances (including one double resistance) versus four single-level vulnerabilities. That’s nice!

Now let’s check out the moves and start putting everything together.

Charge Beam is a below average move, with a value of less than 6 when you add the Damage Per Turn and Energy Per Turn together. (An average move has a sum of 6, like Water Gun and Lick that have 3.0 DPT and 3.0 EPT, moves like Spark and Fury Cutter have 2.0 DPT and 4.0 EPT, etc.) More specifically, Charge Beam is strictly worse than Snarl and Bullet Seed, which deal the same 1.67 DPT (and have the same cooldown period) but have 4.33 EPT to hit that magical sum of 6. The shame of this is that Zekrom can learn Thunder Fang and Volt Switch in MSG, so getting stuck with Charge Beam leaves it below its potential in PvP (and even worse in PvE, as determined by my colleague and PvE expert u/Teban54).

Clearly it’s Dragon Breath you want here for PvP. It’s a far above average fast move and applies lots of pressure on its own, even aside from charge moves.

That said, the charge moves are absolutely part of the equation of what makes Zekrom work. Let’s check them out…. 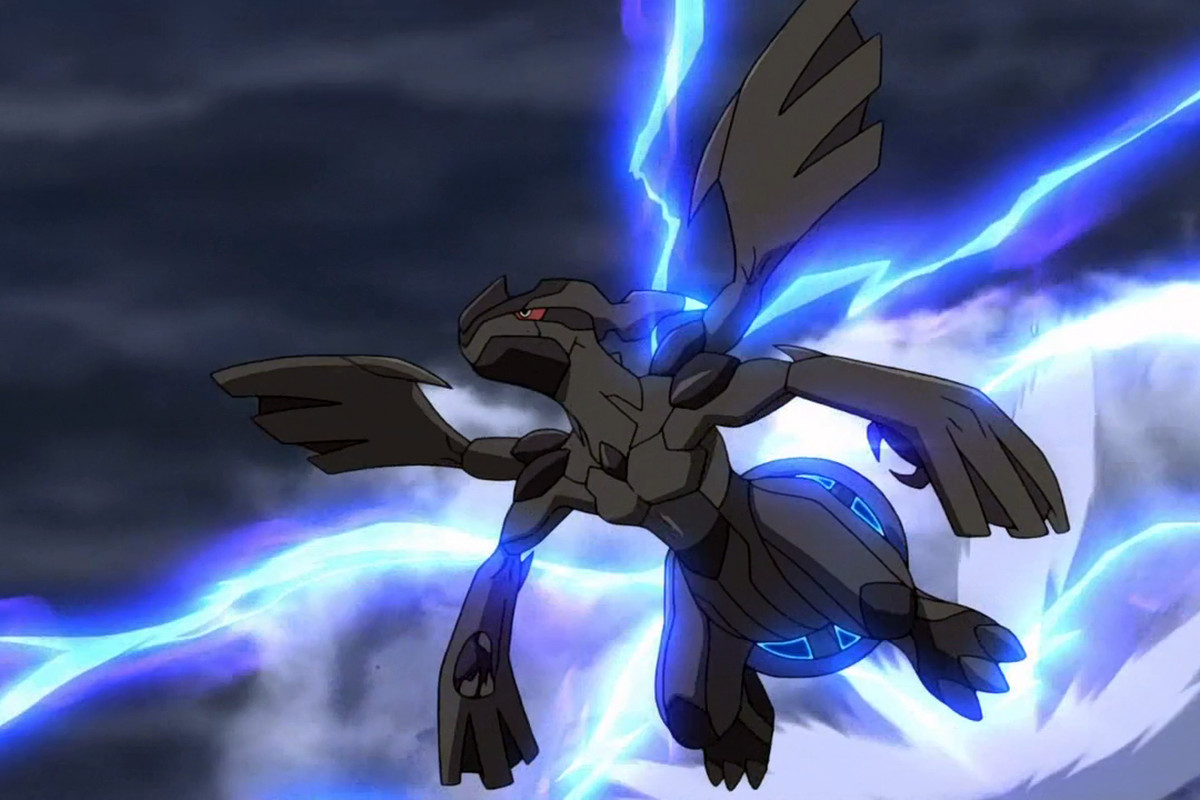 So the new move here is Fusion Bolt, which just like Reshiram’s Fusion Flare, deals twice as much damage as its energy cost 45 energy for 90 damage)… nice and neat. However, unlike Fusion Flare, which is quite unique among Fire moves as the first 45-energy Fire charge move, Fusion Bolt enters the game with some stiff competition from Wild Charge, which deals 10 more damage for the same cost, but of course comes with a major self-nerf to the user by severely slashing its Defense. Seeing as how the only other things that can ever learn Fusion Bolt in MSG are Victini and Black Kyurem, nothing else will ever have to make the tough choice of which move is better… but Zekrom now does.

…or does it? As with Reshiram being recommended to run both of its Fire charge moves, is Zekrom possibly at its best with both of its Electric charge moves? It has Crunch, Outrage, and Flash Cannon as its other options, none of which are fantastic… Crunch deals far less damage than Bolt or Charge but costs the same 45 energy, and Outrage and Flash Cannon are both quite expensive. Hmmm… maybe double Electric IS the way to go.

On the surface, that would appear to perhaps be so, with Wild Charge/Fusion Bolt showing the highest 1v1 shielding win percentage, coming in ahead of Crunch with either Charge or Bolt, and various combinations that try to work in Flash Cannon or Outrage.

But that’s just on the surface. In truth, Wild Charge alone, when used judiciously (often by delaying until you have the energy for two and then throwing them in close succession), gets nearly all of Zekrom’s 1shield wins by itself. Particular standouts are Melmetal, Snorlax, and Zacian, all of which Wild Charge is basically required to guarantee knocking out before succumbing to their own closing charge moves instead. There may be only 10 damage separating Wild Charge and Fusion Bolt, but in those cases, that small gap can make all the difference.

Conversely, the damage-to-cost ratio of Fusion Bolt is sufficient to beat most varieties of Mewtwo and Altered Giratina (albeit JUST barely), whereas Wild Charge typically falls to both due to its Defensive nerfing… if it tries to use a Wild Charge relatively early, the Defensive nerf dooms it, but if it waits to try and build energy for two and throw them at the end, it usually falls short also. In these cases, Fusion Bolt is a little more consistent.

There’s also some really funky outliers. Both Reshiram and the mirror match show as wins with Wild Charge only, but in actuality, Zekrom isn’t throwing a charge move in either and Dragon Breaths them to death while the opposing Pokemon throw a (blocked) charge move and then lose the following race due to Zekrom “sneaking” in an extra fast move as the opponents start using their charge move. Obviously, this is a very unreliable result at best, and doesn’t do anything to inform which charge moves to utilize, since none are used! I mostly throw these results out and consider them a tie, so don’t be duped by the fact that those two wins show up as part of movesets that include Wild Charge.

In the end, the 1v1 results come down to this: Fusion Bolt more easily defeats Mewtwo and Altered Giratina, while Wild Charge is usually necessary to overcome Melmetal, Snorlax, and Zacian. That all said, your mileage may vary, and all of these matchups can turn on a dime in real life play. Zacian can beat Wild Charge Zekrom, and Wild Charge can sneak a win over Mewtwo… it all depends on nearly perfect timing by you or the opponent. Several of these matchups become chess matches pretty quickly. What Fusion Bolt gives Zekrom that it really hasn’t had to this point, however, is options. Crunch has been the second move most Zekroms have run to this point as a way to bait shields for Wild Charge and/or hit opponents for damage without crippling Zekrom in the process. Now I think Fusion Bolt fills that role instead. I mean, even against targets that Crunch is super effective against and Fusion Bolt is not (Mewtwo and Metagross, for example), the difference between them is very minor (just 3-4 extra damage for Crunch, at best), and obviously Bolt hits neutral targets MUCH harder (30-40 damage harder!). It is entirely possible Crunch remains the favorite on several teams, though, as there are enough Electric-resistant Grounds and Dragons in the meta to give pause to running TWO Electric charge moves.

That all said, I think Wild Charge remains the (slight) favorite overall, with that extra damage mattering in some very key spots. I believe Fusion Bolt is best as a replacement for Crunch, though NOT on every team. That’s right… I believe that teams that already run with Wild Charge/Crunch Zekrom may want to just stand pat. 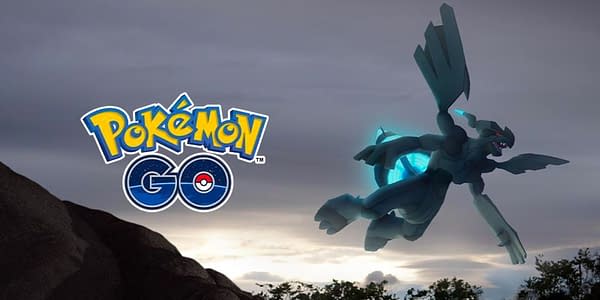 And that’s kinda reinforced by the other shielding scenarios too. With shields down (so 0v0 shield), Wild Charge/Crunch looks better than Fusion Bolt/Crunch, with the extra punch of Wild Charge being necessary to knock out the various varieties of Zacian. (Though it is definitely worth noting that if Zacian delays throwing charge moves until after you throw Wild Charge, it can flip that too.) Fusion Bolt/Wild Charge shows an additional win versus Therian Landorus, though that is again a matter of timing with use of Wild Charge (and WC alone), and all the Lando player has to do is sit back and wait for you to throw first and then turn the tables.

The clearest case for Fusion Bolt is probably in 2v2 shielding, where running both Electric moves shows the highest ceiling for Zekrom (as compared to Crunch/Wild Charge and Crunch/Fusion Bolt. But here, too, we have caveats. Zekrom can actually achieve the same number of wins without ever using any charge move at all, just double shielding what the opponent throws at it and committing wholly to the farm down; in this way it beats Focus Blast Mewtwo and Therian Landorus that show as wins for Bolt/Charge but NOT for Crunch/Charge (those are the two wins that separate those movesets in the links at the beginning of this paragraph). And farming completely with Dragon Breath brings in an additional win versus Yveltal and Incarnate Landorus, and CAN beat Dragonite, Reshiram, and enemy Zekrom, assuming they obligingly keep throwing their own (shielded) charge moves. That said, you DO need some charge moves… either Wild Charge or (the much safer) Fusion Bolt are necessary to beat Snorlax and Dragon-resistant Metagross, Melmetal, Xerneas, and Zacian. But overall, with proper timing of charge move use (or total lack of charge move use!), Wild Charge and Fusion Bolt perform pretty similarly here, and Crunch itself is a letdown. So maybe your best case for just running both Electric moves.

ALL that said, Zekrom remains, frankly, rather underwhelming. Despite high neutral damage, it fails to beat Dialga in any realistic scenario with any combination of Bolt, Charge, and/or Crunch. Despite being an Electric type and spewing out high damage Electric charge moves, it struggles (or often completely fails) to overcome Flyers like Lugia and Togekiss, and heck, can’t even beat double-weak-to-Electric Gyarados as long as it has at least one shield to hide behind. It never achieves a winning record unless pushed to 2v2 shielding, which won’t happen often. If I’m being honest, I’d rather have Reshiram in Master League than Zekrom, with or without Fusion Bolt. Now that could be a different story if Niantic ever gave it a decent Electric fast move, but even then, Wild Charge looms large and Fusion Bolt still could have some trouble finding a spot.

I would still look to land a hundo Zekrom with Bolt if you can during its time in raids. It has no real place in Ultra League, so if ever it finds a niche, it will be in Master, and that means you want those sweet 15-15-15 IVs. I just don’t think I’d actually build it just yet, as its role in today’s ML meta is niche at best, and perilous at worst.

Alright, that’s it for today! Until next time, you can always find me on Twitter with near-daily PvP analysis nuggets or Patreon, if you’re feeling extra generous.

Thanks as always for your faithful readership, and happy raiding! Stay safe and warm out there, and catch you next time, Pokéfriends!

P.S. – I chose not to dive into PvE analysi, as u/Teban54 already covered that! Check it out.