Under The (Holiday) Lights: Glaciate Kyurem in PvP

Howdy folks! It’s the holiday season, a time to get together with family and friends and… raid our faces off? Apparently, because here comes KYUREM with one of its signature moves. And as for how it will affect PvP… well, let’s check our Bottom Line Up Front for that!

Exciting stuff, huh? Let’s get into the nitty gritty details!

Kyurem is the first and so far only Icy Dragon in GO. (Until the Baxcalibur family comes along in Generation 9, so… 2025?) How as I just talked about in yesterday’s review of the Avaluggs, Ice is a terrible defensive typing, with weaknesses to Fire, Fighting, Rock, and Steel balanced against just one resistance (to other Ice damage). But that is somewhat balanced out here by the Dragon side and its resistance to all the “elements” (Grass, Fire, Water, Electric), though it also brings with it weaknesses to Ice, Fairy, and other Dragons. In the end, Ice’s weakness to Fire and Dragon’s weakness to Ice both cancel out (they become neutral damage to Kyurem), and Kyurem is left weak to Dragon and Fairy (like basically every other Dragon except that darn Dialga), as well as Fighting, Rock, and Steel, and with resistances to the non-Fire elements (Grass, Water, Electric). More weaknesses than resistances, which is not ideal, but far better off than most Ice types, at least.

In terms of stats, they’re nothing particularly special — actually very middle of the road — but they’ll do well enough. Above average Attack and passable bulk in Master League. It actually has virtually identical Attack to current best Ice type in Master League, Mamoswine, with about 20 more Defense and a little more HP too, and a total stat product in the same neighbourhood as fellow Ice Avalugg and close to things like Terrakion, Keldeo, and Buzzwole. Like I said, middle of the road, with no glaring flaws.

So let’s get into something a bit more interesting… the moves!

Steel Wing remains an underappreciated move, but as per usual, it plays second fiddle on Kyurem to a much better alternative: Dragon Breath, a move that always brings the heat in PvP. It’s the move Kyurem clearly wants to be using.

And here we have Dragon Claw, giving Kyurem the same potent Breath/Claw combo that has made Dragonite a top PvP threat since Day 1. So why hasn’t Kyurem been all over the place like Dragonite has? Ah, that’s a multi-faceted answer…. 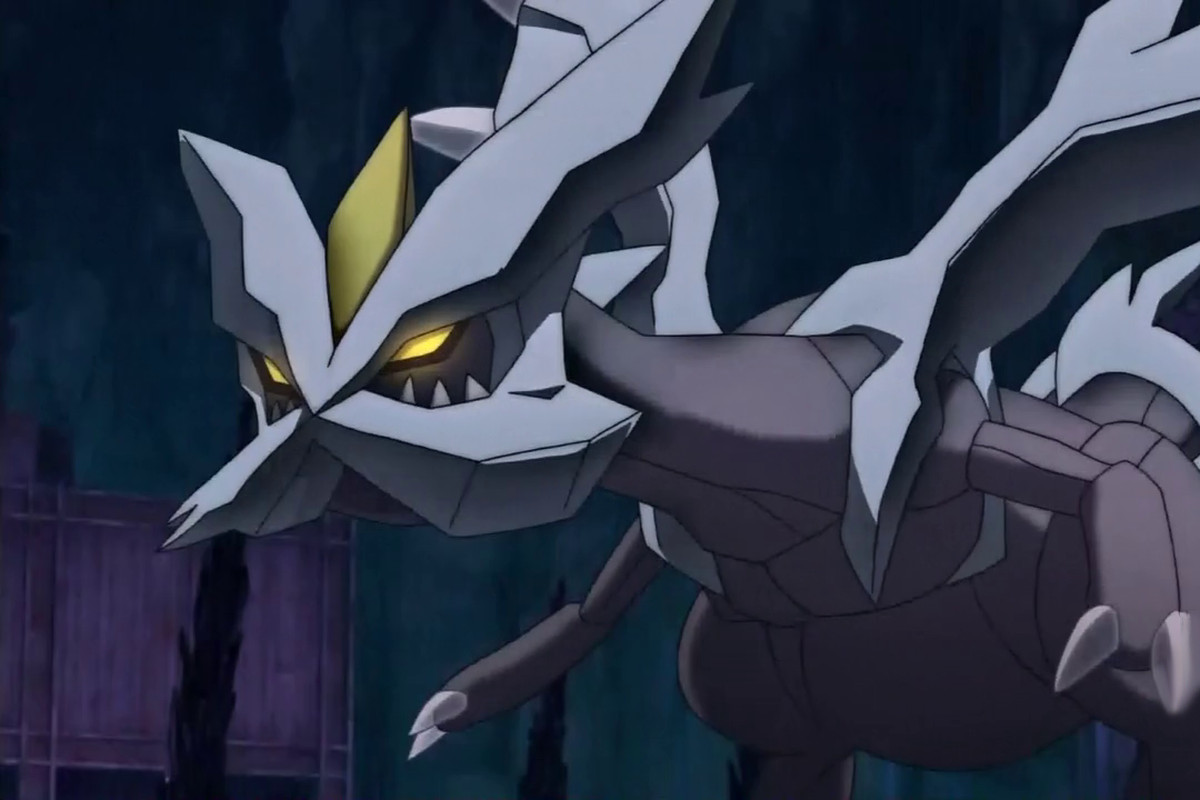 First, Kyurem has a worse stat product than Dragonite (in Master League). It is not at all a huge gap, with Dragonite having a bit more Attack and Defense, and Kyurem having a bit more HP, but the gap IS there, and Kyurem is on the wrong end of it. Strip everything else away but Breath and Claw and Dragonite muscles Kyurem aside, and DB/DC Dragonite has a much better record than does DB/DC Kyurem, with ‘Nite able to beat things like Groudon, Landorus, Yveltal, and Ho-Oh that Kyurem normally cannot. Some of that also comes down to the second facet that separates Kyurem and Dragonite: typing. The Fire attack of Groudon and Ho-Oh and the Ground damage of them and Landorus and the Fighting damage of Yveltal and Landorus hurt Dragon/Ice Kyurem significantly more than Dragon/Flying Dragonite.

In short: as compared to Dragonite, the deck is a bit stacked against Kyurem (at least in Master League)… at least with its basic Dragon moveset.

Then there’s one other issue: what second move to run? For a long while, Dragonite even had this problem, with either Draco Meteor (for pure punchout power) or Hurricane (for coverage, especially neutral coverage versus Fairies) being the best bets, but neither being ideal. This was all fixed not long ago when Niantic finally let us teach it Superpower, giving it a cheap (though not without its drawbacks) situational move to throw at Steels and Rocks and Ices that maim it otherwise. After slowly sliding down the rankings throughout 2021 and much of 2022, Dragonite is again sitting pretty way up at #2 in Master League. As for Kyurem, it also had the choice of Draco Meteor (not ideal, and provides NO coverage whatsoever) or Blizzard, which is a nice move but often prohibitively expensive at 75 energy. Dragon Breath is a great fast move, but cranking out the energy to afford a 75-energy charge move in meaningful spots is NOT its forte with its completely average 3.0 Energy Per Turn.

So for all those reasons, Kyurem has languished in PvP, sitting on the edge of viability but just being outclassed (and by things that are easier to build up the resources for, at that) from the beginning. While Dragonite and Palkia and Kommo-O and even Garchomp use cheap charge moves to find success, Kyurem has mostly struggled to achieve true relevance, its best bet being to abandon Ice moves entirely and just operate as a worse Breath/Claw/Meteor Dragonite. Not terrible, but nothing to write home about. 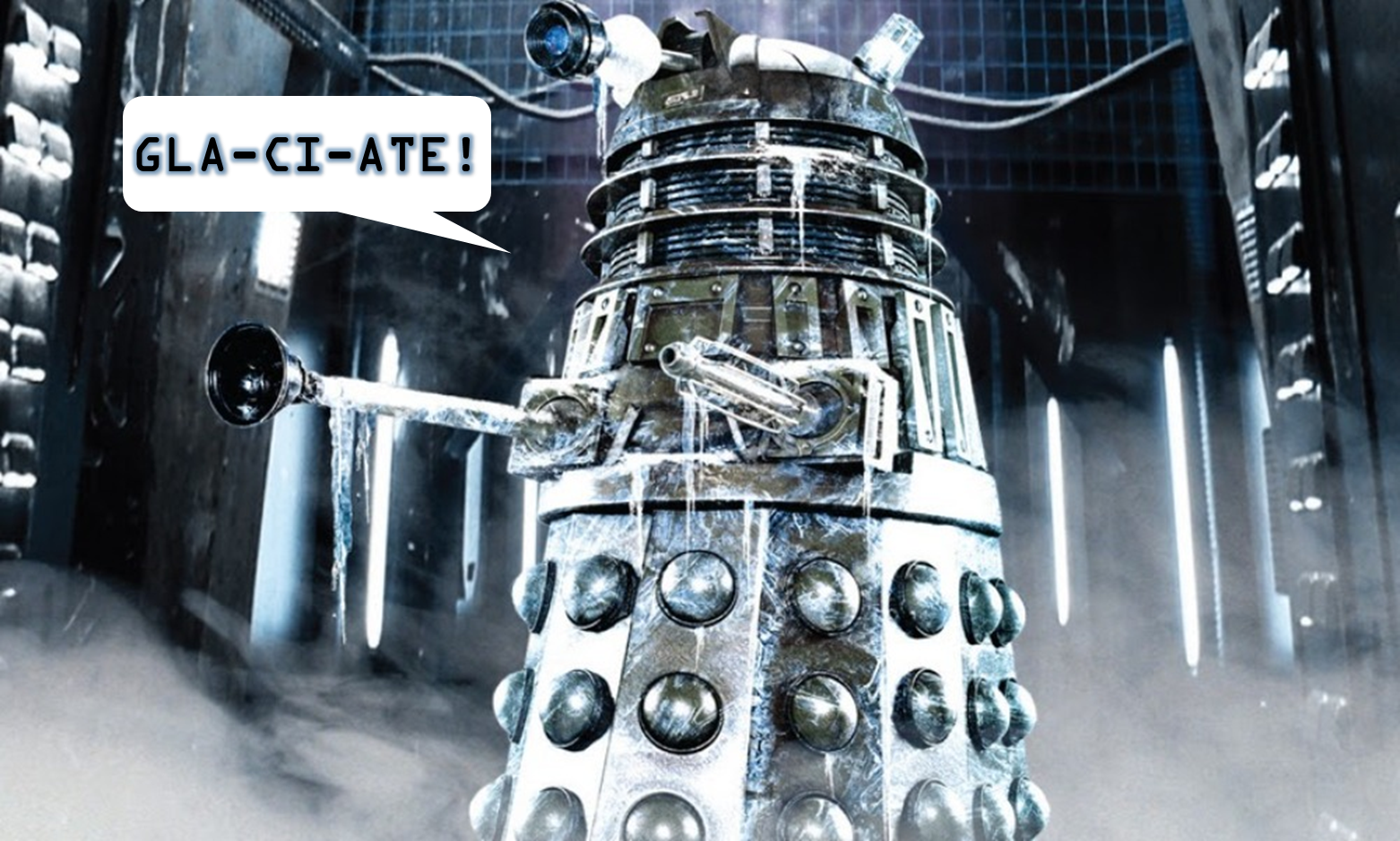 Well all that is about to change, because now we have Glaciate (say it with me now, Doctor Who fans: EX-TER-MIN-wait, I mean GLAY-SEE-ATE!), a clone of the infamous Icicle Spear (Ice move, 60 damage, 40 energy) with a guaranteed opponent Attack debuff tacked on. While Draco Meteor costs 65 energy and Blizzard a whopping 75, Glaciate costs only 5 more energy (generally just two more Dragon Breaths, as each one generates exactly 3 energy) than Dragon Claw, and just one additional second of real-time. (By contrast, it costs 10 more Breaths/5 more seconds to reach Draco Meteor, and then an additional 3 Breaths/1.5 seconds to hold out for Blizzard.)

So to get to the point, what does that MEAN? Let’s just get to the numbers. Once again, here is Blizzard Kyurem in Master League, and here is its old high bar, with Draco. Manages to beat a number of Grounds and Dragons, though inconsistently, with Zekrom, Swampert, Mamoswine, Origin Giratina, Incarnate Landorus, and sometimes Garchomp on the winlist, along with Zarude and Kyogre and Snorlax and (non-Focus Blast) Mewtwo showing up as well. With Draco Meteor instead of Blizzard, the winlist grows to include Focus Blast Mewtwo and (barely) Groudon. But now, with Glaciate, things are looking WAY up! All the same wins as Blizzard/Draco (though some, like Mewtwo, get a little tighter), PLUS the so-far-elusive Therian Landorus, Yveltal, and Altered Giratina (all weak to Ice), and even Ho-Oh and Gyarados that take merely neutral damage from Ice. In the case of Ho-Oh specifically, it is the compiling debuffs from Glaciate that are key, as you can see by simming it with Icicle Spear (same stats as Glaciate, but no debuffs and a loss) versus with Glaciate (reducing Brave Bird damage by nearly a third and making it survivable, and flipping to a Kyurem win. Anyway, Dragonite still eludes it (in a race of Breaths and Claws, ‘Nite will still always win), as does Palkia, and unlike Dragonite it still lacks an answer to Steels, so Dialga (though that one gets very close!) and Melmetal and Metagross still beat Kyurem. And of course Fairies. But those sort of losses are common for Dragons, right? No shame in that. 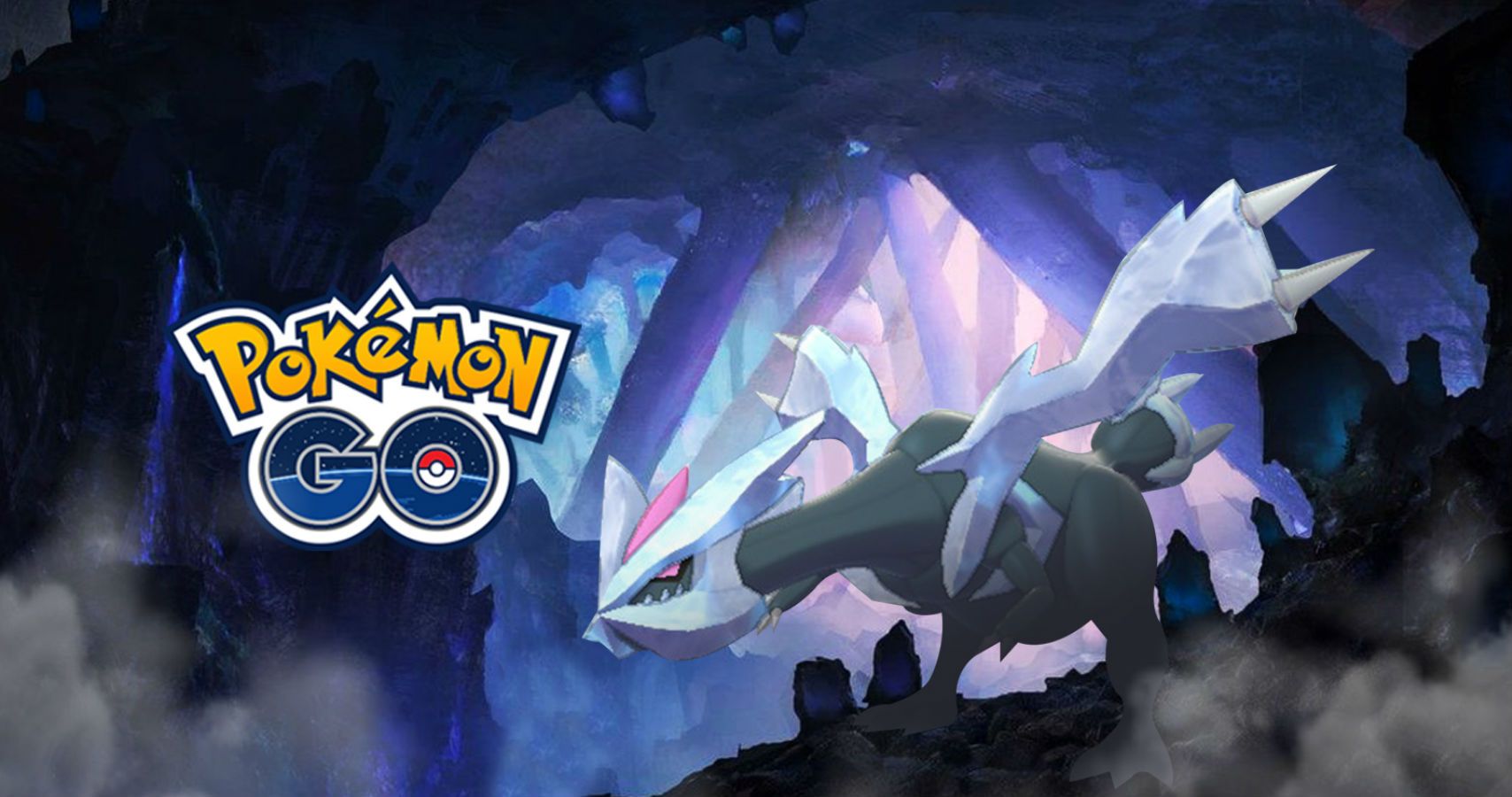 It’s nice to see that Glaciate Kyurem also holds up well in other shielding scenarios too. In 2v2 shielding, Glaciate makes Groudon, Excadrill, Landorus, and Snorlax a sure bet, and look at that: with just a single Glaciate debuff, Kyurem can now farm Dragonite down and win! THAT is a nice pickup… again only possible because of the debuff that Glaciate brings with it.

And with shields down, Glaciate matches all Blizzard and Draco Meteor wins, adding on Zekrom and both versions of Landorus.

Overall, it’s a very impressive performance. And PvPoke knows it too, with Kyurem suddenly jumping inside the Top 5 in Master League! This is a MAJOR new player, folks, and not one to miss. I know raiding heavily this time of year isn’t easy on anyone, but if you can afford it, this one is worth the grind. At the very least, try to land yourself a couple to try and build up later, because as we’ve seen with Shadow Force Giratina, we may NOT be able to just Elite TM it onto Kyurem after this event (December 23rd at 10:00am to January 1st at 10:00am). This might be the only window in which you can get it at all, which I think is a silly decision, but… well, Niantic has put us here.

While Master League is by far the best spot for Kyurem, let’s take a real quick look at other Leagues before we bring this one home….

Old Kyurem versus Glaciate Kyurem is no contest. The win total more than doubles, and now includes (in alphabetical order) Charizard (Wing Attack), Cofagrigus, Drapion, Gliscor, Greedent, Alolan Muk, Nidoqueen, Pidgeot, Snorlax, Swampert, Talonflame, and Trevenant. In other words, like, the greater bulk of the most relevant Ultra League meta. 😄 I mean, it already beat most Grasses and Dragons and such. It’s stil a sub-50% winrate overall, but with all those names it can now cross off, I can see Kyurem carving out a niche now. Time will tell, I suppose!

Kyurem would be similarly snazzy now in Great League, but there’s no way to get it there until/unless we can get one in Research at Level 15…. even something silly like a 5-5-5 Kyurem still barely stays at Level 16. It would have flaws, sure, but it would be a fun addition for Limited formats, at least. Like, say, Holiday Cup! 🎅 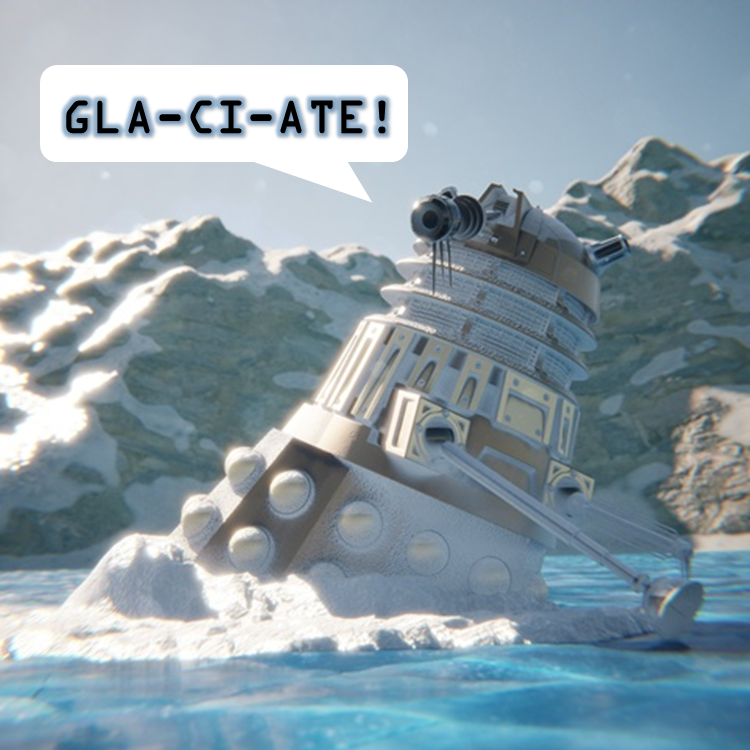 Alright, that’s it for today! This was a fun one to analyze, and I look forward to seeing if perhaps GLA-CI-ATE may truly shake up the Master League meta a little bit. It could certainly use a little more variety, right?

Thanks for your faithful readership, and happy raiding! Stay safe and warm out there, hug your family close, and catch you next time, Pokéfriends!