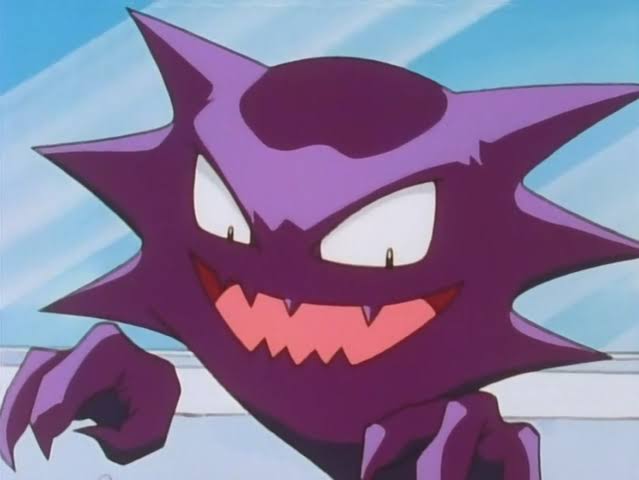 Haunter is the definition of high-risk high reward. If you want to risk it for the biscuit and grow some Shadow Balls then this is the article for you.

The best way to describe Haunter in the Great League is that it is an absolute Glass Cannon. Meaning that it can deal out insane amounts of damage but can also get stomped on by Confusion users in 3 hits.

If protected with shields, Haunter can be devastating to some of the best Pokémon in the Great League meta such as Deoxys (Defense), Alolan Marowak, Medicham, and even Altaria.

Taking a look at Haunter’s stats, we can see that its whopping 223 Attack makes Haunter such a deadly Pokémon to be up against in battle. However, with such a low Defense of 107, we can see why Haunter is known as the Glass Cannon of the Great League meta.

Pokémon such as Gallade, Bronzong, Hypno, Gardevoir and Umbreon to name a few are some of the hardest counters which you will need to watch out for when using Haunter. Haunter is a Ghost / Poison type that is highly vulnerable to Dark, Ground, Ghost, Psychic types. Pokémon that have access to hard-hitting Fast Moves that counter Haunter such as Confusion and Snarl will be the biggest threat/risk when it comes to using Haunter on a team composition.

If you are in a position where you get swapped into by one of its counters you can say bye-bye to Haunter as it will not stand a chance surviving for long.

One of the most terrifying things about coming up against a Haunter in battle is that you never know what Charge Move they may be running and if you do not have an immediate counter for it, then you’re in for a nerve-racking battle.

Shadow Ball was an extremely rare Charge Move to have on Haunter as it is a Legacy Move that could only be learned back in 2016. Not many people back then left Haunter as it is as the hype for Gengar was immeasurable because let’s be honest, who wouldn’t want a Gengar when the game is brand new.

Recently, Niantic has brought back many legacy moves for trainers to teach their Pokémon with TM’s. Luckily, Shadow Ball was one of them. This change was to keep things fair, as trainers that did not have a Haunter with this powerful move, had a disadvantage to those who did.

The strongest move combination that Haunter can learn for the Great League is having Shadow Claw as the Fast Move and for the Charge Move, Shadow Ball.

Haunter with Shadow Ball is one of the strongest attacking Pokémon in the Great League due to its raw power.

Shadow Ball does a great deal of damage to neutral threats such as Skarmory and Bastiodon, an unexpected Shadow Ball without your opponent shielding can leave a dent in any tank.

Another strong Charge Move combination is having either Shadow Ball or Shadow Punch, which both work extremely well with Haunter, and having Sludge Bomb as a secondary move.

Sludge Bomb is a devastating move, not only does it get a STAB (Same Type Attack Bonus) effect, it also has an unpredictability aspect to it. With Sludge Bomb, you have an answer to some of the strongest meta Pokémon such as Venusaur, Azumarill, and Tropius to name a few.

It’s hard-hitting damage can also be a great alternative to natural Pokémon that will stand in your way. The main issue about Haunter is that more often or not you will sometimes only get the chance to use one Charge Move-in battle as Haunter can not last very long in battle with its low defense

Haunter has been a sneaky pick in the meta that is known for its unexpected damage and one hit KO potential.

Haunter was an insanely strong pick in the Season 1 Regionals. One of its main jobs was to be an exceptional counter to Medicham which at the time was a highly picked Pokémon that outperformed many in this tournament.

Haunter excelled as a Lead pick on many teams. The reason behind this was that if you use Haunter first and go up against a bad matchup then you had the ability to swap out and keep your primary damage dealer alive for the next situation in battle.

Sludge Bomb was an excellent Charge Move choice paired with Shadow Ball or Shadow Punch since Venusaur was such a dominating pick on many trainers teams, If you came up against a Haunter in the Season 1 Regionals and did not have the necessary counters in place then this meant trouble as Haunter melted through many meta Pokémon at the time.

Shadow Ball Haunter was an extremely solid pick since tanky Pokémonsuch as Steelix, Bastiodon, and Dusclops were highly picked in this cup. With the use of Shadow Ball Haunter on your team, this meant that it performed extremely well into the tanks and could more often or not deal 40-50% damage to these highly defense orientated Pokémon and was considered a Mold Breaker.

Confusion users such as Cressellia, Gallade, Bronzong, and Claydol had the potential to take down Haunter in only 3 hits since Confusion deals lethal damage to any Pokémon, let alone our squishy, spooky friend Haunter.

Other than having to look out for its counters, many trainers feared facing a Haunter since they knew it would be a quick and intense matchup that left trainers under tonnes of pressure due to its high damage output and baiting potential.

If you have the stardust available to power up a Haunter for the Great League, you will have your hands on this monster of an Attacker. 1/15/14 is the optimal IV spread for Haunter. Thankfully due to the fact that there is an abundance of Ghastly widely available means that it won’t be the most difficult task to pursue.

The stardust cost to power up Haunter to 1500 CP will be a hefty investment, however, the fact that you will have one of the strongest attackers in the entire Great League meta makes Haunter a risky yet rewarding Pokémon if played correctly which will take practice.

Trainers, it’s time to show your opponents true fear and dominate the leaderboards with this spooky damage-dealing monster!