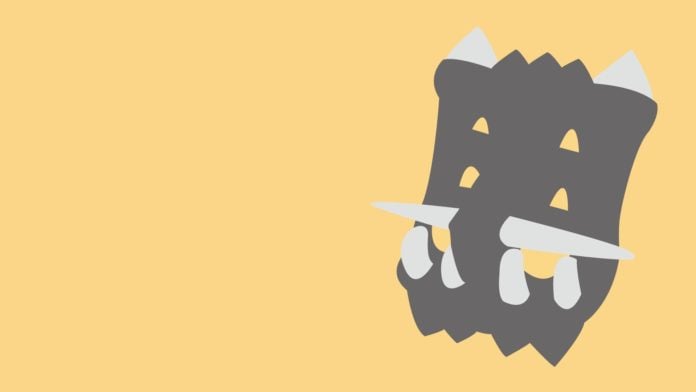 When Shieldon was released in February 2019, there was already a considerable amount of hype surrounding this rare and elusive Rock and Steel type, Fossil Pokémon of Generation 4. Bastiodon was already being dubbed as a PvP beast, and it did not fail to deliver. Although difficult to obtain and power up for most players, it is one of the overall Top 5 ranked Pokémon to use in the Great League. Bastiodon also sports one of the highest stat products of any Pokémon that is Great League eligible due to the fact that it completely maxes out just above 1500 CP. Living up to its name, Bastiodon, The Shield Pokémon, continues to shine as the ultimate defensive tank in Great League PvP, both in the Open Great League meta, as well as in specialized restricted Silph Arena Cup metas.

Bastiodon, a Rock and Steel type Pokémon, sports a Maximum CP of 1539.

Its stats are as follows:

Although vulnerable to Ground and Fighting types, Bastiodon’s sheer defensive bulk makes up for its weaknesses. Resisting an impressive 9 typings, it is the go-to Pokémon in Great League used to counter veterans like Altaria, Skarmory, and Tropius. Seeing as Skarmory and Altaria are two of the top-ranked Great League Pokémon, any Pokémon that hard counters them, automatically earns a place in any balanced Open Great League team roster.

Bastiodon’s initial claim to fame came during Silph Arena’s Kingdom Cup. Although Lucario was the King of that cup, Bastiodon shined as the Pokémon that was able to comfortably beat Lucario’s counters; the likes of Alolan Marowak and Altaria. Therefore, when paired together, Lucario and Bastiodon displayed great team synergy. It was even able to counter Lapras due to its sheer bulk and ability to take a barrage of charge moves. Its second coming occured during Silph’s Season 1 Regional Championships. It was widely chosen and used by trainers competing in Regionals due to its sheer bulk and ability to counter Altaria and Skarmory. Examples of common Kingdom Cup and Season 1 Regionals teams are displayed below. Evidently, Bastiodon was omnipresent.

In PvP nomenclature, Bastiodon’s primary roles can be summarized as an “anti-flyer” and a “tank“. As the names suggest, it counters all the ubiquitous, top flying types in the Great League, in addition to just plopping itself on the battlefield and absorbing hits. Furthermore, apart from countering Flying types, Bastiodon is also able to comfortably clean up Ice, Bug, and Fire types. However, as mentioned above, it needs to be wary of Fighting types, and the pesky “mud-boys“, the widely-used PvP term given to Water and Ground types like Swampert, Whiscash, Quagsire, etc.

Smack Down is a hard hitting fast move with a massive 4.0 DPT (damage per turn) and is also able to gain energy fairly quickly with an EPT of 2.66 (energy per turn), and is thus the preferred fast move for Bastiodon as it hits hard against Flying, Bug, Ice, and Fire types.

Flamethrower provides decent coverage and is a solid choice for Bastiodon to use as one of its charge moves. Although it doesn’t directly cover Bastiodon’s weaknesses  (Fighting, Ground, and Water types), it pressures fellow Steel types that threaten it. In a pinch, Flamethrower comes in handy against foes like Lucario, Steelix, the Frenzy Plant-ing Grass types, as well as, hitting pure Fighting types that resist Bastiodon’s Rock and Steel type moves with neutral damage. Requiring a modest 55 energy, and dishing out 90 base damage makes Flamethrower a no-brainer.

Lastly, Stone Edge is an excellent PvP charge move. Also requiring 55 energy, Stone Edge deals base 100 damage to its foes, in addition to benefitting from STAB. It will put a huge dent into any Pokémon’s HP that doesn’t resist it, and works great as a closing move when the opponent’s shields are down to see out games.

In restricted metas like the monthly Silph Arena cups, Bastiodon’s moveset will vary based on the typings/Pokémon allowed during a particular month’s cup. Generally, Smack Down + Flamethrower and Stone Edge is still the way to go. However, Flash Cannon Steel is a decent charge move (65 energy, base 110 damage) in itself and could prove its worth in select cups.

As mentioned above, Bastiodon completely maxes out at 1539 CP, hence requires almost maxing out all the way to to level 40 to be Great League optimal. As such, its ideal IV spread is:

Bastiodon requires a hefty investment of candies and stardust, one of the highest investments for any Great League eligible Pokémon. In addition to requiring maxing out all the way to level 40, it also costs 75 candy and 75000 stardust to unlock a 2nd charge move. We therefore recommend trading with a Lucky friend to obtain a lucky Shieldon or Bastiodon. This will ensure a significant reduction in the power up cost. Unfortunately there is no way to circumvent the high candy cost.

Bastiodon is a Great League colossus and has gargantuan potential in the Open GL meta, as well as, in Silph Arena cups. Its innate ability to delete Altaria makes it invaluable. Ranked overall as the #3 Great League Pokémon by PvPoke, it is not to be taken lightly in any tournament it is eligible for. It will basically laugh at anything that isn’t a Fighting, Ground, or Water type.

Does it have a monumental resource cost associated with it? Yes. However, it is a worthy investment that is future-proofed for any player looking to take their Great League PvP game to the next level. With the recent announcement by Niantic regarding the inception of the GO Battle League in early 2020, the official PvP matchmaking and laddering system being developed Niantic and Pokémon GO, we expect Bastiodon to continue shining as one of the premier and paramount Great League Pokémon.