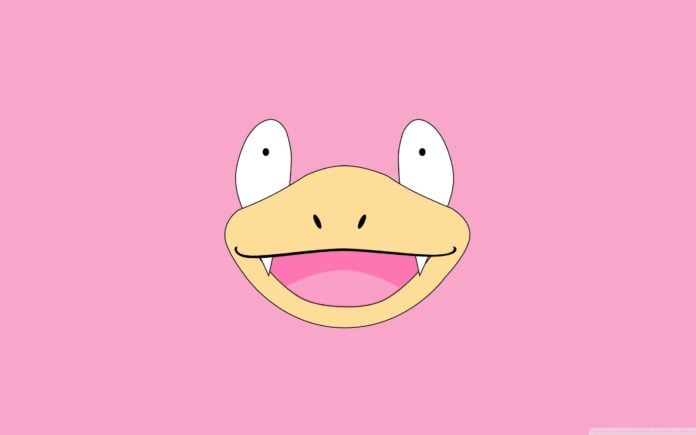 The “Under The Lights” article series provides some deeper dives on Pokémon of particular interest in PvP. In my last article, I highlighted the Galarian Slowbro family and their usefulness in PvP, and today I want to highlight the OG Slow while it’s still spawning like crazy, because it too may have some significant use in PvP in the near future… in the upcoming Element Cup. Just a bit over two weeks from now!

So let’s try and go through a for-once rather brief look at today’s feature, Kanto Slowpoke, and put it… under the lights.

So Little League obviously doesn’t have most everything with triple digit stats across Attack, Defense, and HP like you’re used to in Great League on up. Having ANY stat over 100 at this level is notable, and Slowpoke has one of the very highest HPs in the entire format, more than “bulky” options like Seel, Spheal, Shellos, Chinchou, some of the very few that hit triple digit HP but not nearly as high as Slowpoke’s.

The only thing that is really comparable is Wooper, which has nearly identical stats in all three areas… but about 20 Levels higher! (That’s a MUCH more expensive investment.)

Anyway, the point is this… Slowpoke is THICC at this level. And that combined with a typing that resists the many Fire, Water, and Ice moves that will be flying around the battlefield (along with Steel, Psychic, and Fighting) puts Slowpoke in a pretty good place in the Element Cup meta.

And while it is weak to Dark, Ghost, Bug and Electric damage, those are relatively rare here, leaving only its vulnerability to Grass as a real problem. And thankfully, as we’ll see, even that is less of an issue than you may assume.

Let’s quick look at what moves it has to play with and then get into some numbers….

I’ll keep this simple: it’s Confusion you want, and here’s why.

Not only is there barely anything in this format that resists it (you can literally list the number of Darks, Psychics, and Steels in Element Cup on one hand, and one of them is Slowpoke itself!), but more importantly, there are a goodly number of Poisons that are weak to it, including many of the top Grasses.

Just look at how much Slowpoke beats with Confusion alone, including every single Poisonous Grass but Razor Leafers Budew and Shadow Oddish. Bellsprout, regular Oddish, and sure-to-be-popular Bulbasaur (among others) all fall to Slowpoke while it pockets gobs of energy to unleash on whatever follows. What other Water type can say that?

Even those with Ice Shard (Seel, Spheal) can’t take them all down completely without throwing charge moves. One that CAN do that sort of thing with fast moves alone is Ducklett… but I digress. More on the Duck and how it plays into this analysis shortly.

First, what charge moves *does* Slowpoke bring to the table?

Yes, it provides Water coverage, but you do NOT want to run Water Pulse. It’s a terrible, terrible PvP move. For perspective, moves like Ice Beam, Flamethrower, Thunderbolt, and Bug Buzz deal 90 damage for the same 60 energy that Pulse costs, and even moves considered mediocre like Bulldoze, Power Gem, Aurora Beam, and Gyro Ball deal 80 for that same cost. Water Pulse deals a lowly 70 damage for the same amount of energy. Yuck.

Thankfully Slowpoke doesn’t even really need it, as it beats every Fire in the entire format without needing ANY Water damage with the sole exceptions of Houndour and Pansear… due to their Dark moves. And even running with Water Pulse doesn’t turn those around unless they somehow don’t bother shielding… and it can STILL beat them in that sort of scenario with its other charge moves anyway. There is just no reason for it to run Water Pulse. Don’t do it!

Instead, you want to stick with the Psychic moves Psyshock and… well, the awkwardly-named Psychic (the move, not the typing 😖). Psyshock is spammy enough to swing things in your favor in certain spots (and one huge one in particular I’ll get to soon), and Psychic (the move) is not necessary (you could run without it if you want to save yourself 50,000 dust) but makes for an excellent closer once shields are down.

So again, Slowpoke does the vast majority of its work with just Confusion damage. In fact, adding in charge moves actually looks on the surface like it’s a step backwards somehow!

Quick notes on that:

Forcing charge moves CAN make you lose against Barboach and Paras (they show up as losses with the charge moves factored in), so when you CAN beat something with just Confusion, you’re best off doing so.

Slowpoke shows wins either way against many others like Vulpix, Slugma, Piplup, and Clauncher but finishes them off more efficiently and with more leftover HP if it just sticks to Confusion, for example.

But there is one massive win in particular where it MUST use charge moves to emerge on top: Ducklett.

I just want to take a moment to point out how any Pokemon having a shot at beating Ducklett is incredibly significant in Element Cup. The Duck is the single most dominant force in the entire format, bar none.

Remember how annoying Bronzor was in the original Little Cup, dominating such a huge swath of the meta? Ducklett may be worse. 👀

It’s not QUITE as dominant as that shows, but it’s not very far off. Those gaudy numbers rely on getting a bait every time to set up a killer Brave Bird at the end, and there actually are a few things that beat it that aren’t reflected there (just wait until you see what things with Electric Hidden Power can do in this meta… for another day and another article).

But there is no denying that Ducklett will be a huge player, so things that can overcome it AND do other good things should be similarly important.

We’ve already shown that Slowpoke can do many good things, including beating the many Fires in the format without needing to deal any super effective damage, and turning the tables on many Grasses that curb stomp other Waters.

And yes… it can beat Ducklett too, one of precious few things that can do so without dealing super effective damage. See, most things that beat Ducklett only do so by shocking it (Chinchou and Electric Hidden Power stuff) or rocking it (Slugma, Clauncher, Omanyte). Very few are able to just overpower it with steady neutral damage, but those precious few include Chikorita, Shadow Oddish, Shadow Growlithe… and Slowpoke. Confusion will do that for you.

But there are a couple catches. It’s subtle, but look at what happens when Poke fires off Psyshock as soon as it is able… it can actually lose, unable to reach the second, critical Psyshock before Ducklett gets to that nasty Brave Bird. The way to better ensure Slowpoke seals the deal is to wait until you have enough energy to fire Psychic (the move), and only THEN throw a Psyshock.

It’s really hard to explain, but as PvPoke himself explained it to me in a conversation on the subject yesterday: “Psychic Slowpoke doesn’t fire Psyshock right away and sneaks an extra Confusion through, which allows it to CMP tie on the Brave Bird…. Ducklett’s win con is to land Brave Bird. It loses straight Aerial Ace and doesn’t quite make it to 2 Brave Birds. It can’t allow extra Confusions through or it’ll lose a CMP tie.”

And you can see in the first sim how that’s the case: Ducklett is ready to fire Brave Bird the same turn as Slowpoke’s second, winning Psyshock, but since Slowpoke has a higher Attack stat (and basically always will unless you have a super imbalanced Ducklett with crazy high 15 Attack or something), it wins the CMP tie and gets to fire off Psyshock and win.

Of course, in actual gameplay this can swing either way, with a missed fast move (or EXTRA fast move snuck in) here or there can change things, and we all know it can be hard to rely on GBL to work exactly as it should even on a good day.

But still, Slowpoke has a leg up unless things fall just right for the Ducklett player and they do a little clever trickery of their own. (And Slowpoke can push it to 2v2 shields and guarantee the win.)

At worst, Slowpoke vs Ducklett is a toss-up, and even that is a victory in this meta.

After all, as we’ll see in more detail when I’m able to write up a full-fledged analysis article on the Element Cup meta, nearly everything else that beats Ducklett one on one is at least somewhat ineffective outside of that role, with Chinchou and just a couple others being very rare exceptions.

Slowpoke is more than viable just for all it can beat NOT named Ducklett… usually getting Ducklett too is just (very thick and tasty) icing on the cake that pushes it from good meta option to potential superstar of Element Cup.

For all those reasons, I wanted to get this article out NOW so that YOU, my friends, have time to hunt down a good Slowpoke in the closing days of the Very Slow Discovery Event.

You don’t need one with crazy high rank IVs — even something like 9-10-11 IVs can still pull off the Ducklett trick and beat the other things I mentioned above — but obviously anything closer to #1 IVs (2-15-14, by the way) just makes things easier.

That’s all for today! Until next time (Shadow Ho-Oh, perhaps?) you can always find me on Twitter with near-daily PvP analysis nuggets or Patreon with its tie-in Discord server you can access to get straight through to me for personalized answers to your questions.

Catch you next time, Pokéfriends, and good luck with your sloooooooow grind!