Concept : How to add the baddies to Pokemon GO 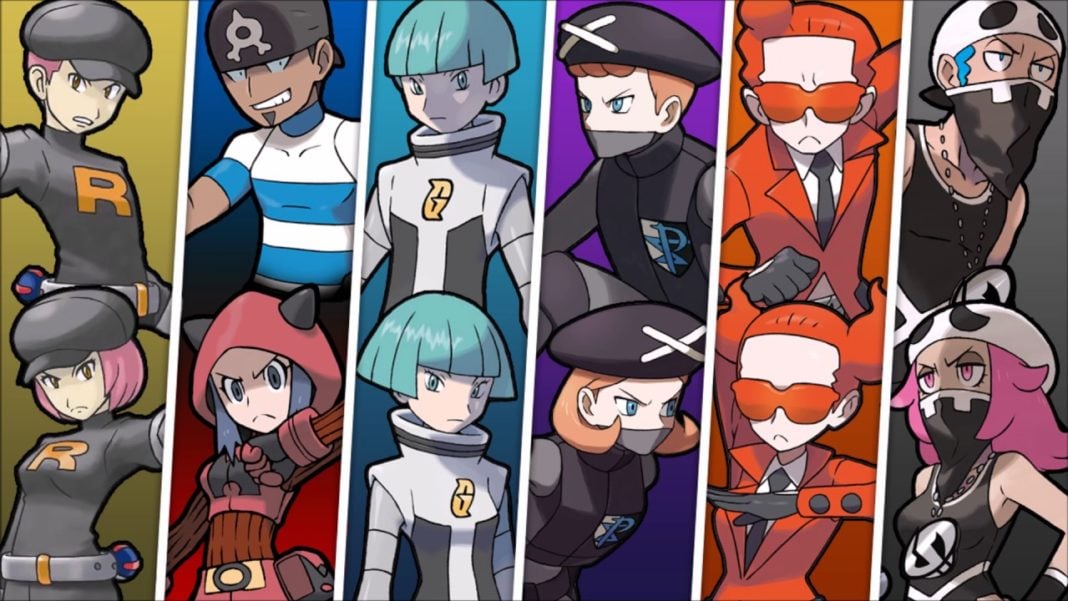 Today is the day my 10th concept is released to the world, and I’ve chosen to make it a landmark article by focusing on the antagonist of the franchise. I promised that Team Rocket was coming (2-3 times I think) and here it is.

Since the release of the first Pokémon games, the “hero” has had a story-line to follow, usually involving fighting off entire teams bent on nefarious acts, be it for what they believe in or just for cold hard cash.

Spin-offs do not always have a antagonist, so I can see why Pokémon GO may not have or need one, but they are so much a part of Pokémon that to exclude them seems almost criminal. In my very first article I sketched out how a new PvE (Player vs Environment) content with battles could be implemented, and while this is somewhat similar I think this concept may hold its ground better.

Pokémon GO works with waves of content, this is something we have all come to recognize and adapt to. We have raids, research & nest migration as part of the current cycle to name a few.

For my concept, I would like to propose a new wave staggered against the existing; the Enemy Wave. The aim of these waves would be to stimulate fast repayable content. Unlike Raids which offer a long time window and a fixed duration, a siege only lasts until its defeated or until a maximum time limit expires.

Within each generation of games we have battled against a particular team, and those teams would be on a rotation of waves within Pokémon GO. Teams want power, the same as our own teams do; and they want to dominate the world, the way Blanche looks like she does. They also, typically, prefer certain Pokémon in their encounters, which offers a prime chance to offer a shiny release.

For my example I will use the Generation 1 antagonist, Team Rocket.

During the wave, Team Rocket will begin target gyms around the world. These will be “under siege” and the defending Pokémon over the course of 5-10 minutes will be “subdued”. Pokémon defeated in this manner will not be returned to their owners but rather captured by the enemy team (made dormant in the same manner as if a raid was in progress). Applying berry’s to a gym under siege will not elongate the assault. You cannot attack a gym while its under siege.

When a Gym has been taken over by the NPC (non-player character) team it will be filled with a team members Pokémon for a fixed duration, upon completion of the time Officer Jenny will have returned order to the gym.

If the NPC team is evicted by the player the gym will return control to the previous team. The aim is that these encounters are very fast and fluid. Once they have been defeated the base will only exist for a short amount of time (10-15mins) for other challengers, while Officer Jenny restores order. A timer will appear to show when this will occur.

The same Gym could be selected again within a short space of time.

Gyms can be controlled by three tiers of difficulty. Grunt (soloable), Executive (1-2 people) or Leader (2-3 people).

Each Gym will be manned by a team of 6 themed Pokémon which need to be defeated by the player(s) which will yield rewards similar to raid bosses, gym rank and access to one of two types of encounter.

One of the “themed” Pokémon has been liberated from the Team who controlled it. Teams often forced Pokémon to obey so they have no intention of staying around if they can get away. Potential way to introduce shiny forms (shiny Zubat!)

The team had captured a rare/ultra rare Pokémon and brought it here. Now that you have saved it, it wants to come with you. In terms of rarity I am thinking more in line of Dragonair, Chansey, Pupitar, etc. Or any Shiny Pokemon currently available.

In addition to the Teams taking over gyms, they also are mobilizing. Temporary bases of operation are in the world which need to be shut down. These world items (Team Rocket Vans for example) can appear anywhere and offer a Grunt or Executive level difficulty. Defeating them will not shut them down, they are more like temporary Gyms, they will spawn at 00:00 and remain until 2359.

Rewards will be the same as Bases.

This dynamic I hope will add more options for those who do not have large amount of static gyms, or a community to knock down Leaders.

You will be limited to five enemy wave encounters per 24 hour period, be it Gyms or Bases.

Raids cannot spawn while a base is under enemy control. Enemy cannot take over a gym that’s populated with a Raid, either pending (egg or reserved ex) or active/hatched.

Each antagonist will have an award medal. Bronze/Silver/Gold will unlock outfit options and/or bonus damage against the enemy teams. As Team Rocket have outfits in the store I would suggest that the Jessie/James versions of the uniforms be adopted.

I think its within the realms of what is technically possible. New assets for mobile bases would be needed.

There are several arguments and balancing issues between a siege taking out a gym, raids, etc. The mobile base maybe enough so it doesn’t interfere with the Gym system at all. Or perhaps only Leaders can take over Gyms and Grunts/Executives are in mobile bases alone. As with all my articles this is to stimulate thought and discussion, not to lay down the law. Brainstorming is encouraged and perhaps that is enough to drive a change.

There is also a thought process that if a Leader takes out a Gym and a raid spawns it will be a Pokémon coveted by that leader… so for Team Magma for example a Groudon would spawn.

I hope you enjoyed this concept, in addition to my previous concept articles, I aim to outline my visions for more story driven content. I have tried to use as much feedback as possible to improve each concept, please keep it coming.