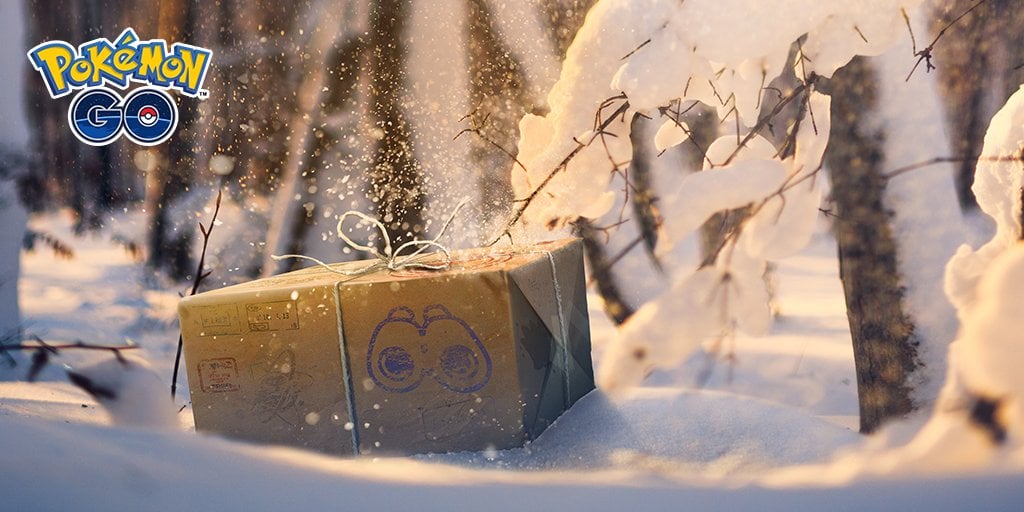 The Holiday Season is always an exciting time in Pokémon GO, with special events, new Pokémon, Costume Pokémon and more to look forward to! Today we’re going to look at some predictions of what we can potentially get hyped about. As always, this is my own personal wild speculation, so take it with a grain of salt!

Let us know in the comments if you agree with any of our predictions, or any of your own!

The holidays always means new Costume Pokémon, and this year I think we could see a new version of Pikachu, Stufful, Swinub, Delibird, and even potentially Espeon. Why these Pokémon you ask? Because of the new Holiday 2022 plushies available at the Pokémon Center. At Halloween they had a special Vulpix, Pumpkaboo and Gengar, all of whom made it into the Halloween event in costumes clearly inspired by their plushie counterparts.

Stufful is a little creepy I have to admit, but I think a scarf wearing Stufful would be an adorable addition to GO. Pikachu always makes an appearance, it is just a matter of what costume they wear, so maybe 2022 will be inspired by this cute Jester costume. Delibird has worn a bow, so why not a hat? And hiding underneath Delibird you can spot Swinub wearing a little Christmas hat too. As an Ice type they’d be a perfect fit for the season! Finally, Espeon is a bit more of a stretch, because it isn’t actually a plushie, but an ornament, but with a fairly simple scarf costume, it could definitely work. We’ve had Glaceon before, so why not Espeon?

A new event often brings with it new Pokémon, and for Christmas we often get a new Ice type or similarly themed Pokémon. With the slow trickle release of Mega Pokémon, Mega Glalie could be a great shout, as Snorunt is often fairly prominently featured. Crabrawler may be a less obvious choice, but Crabominable is a dual Fighting and Ice type, and what could be more appropriate for the holiday season that an angry crab named after the abominable snowman?!

Now for a slightly more leftfield choice, we could potentially see Pokémon from Generation VIII make their debut. We’ve had a very limited rollout of some of the Gen VIII Pokémon, so I think these are a lot less likely, but you never know! Eiscue is an adorable penguin Pokémon that couldn’t be more ideal for a winter release, and both Snom and Frosmoth are dual Ice and Bug types. Of the two, I think Eiscue is the more likely, because Snom is such a tremendous fan favourite, that I think we may have to wait a good while longer to see it in game yet.

There are quite a few different Pokémon that would work for a winter 2022 release, so let’s take a look!

First up, Galarian Mr. Mime and Mr. Rime. Galarian Mr. Mime had a controversial release in 2020 via a ticketed event. Since then they’ve been featured as a part of GO Fest 2022, so why not let them have a wider release, and their shiny debut at the same time? Neither shiny is particularly exciting, but it would be something new to hunt at least.

Vanillite is one of those Pokémon we only see during their season, and being a pure Ice type ice cream, it would be a fun one to be released. Vanillish and Vanilluxe don’t quite have the charm of shiny Vanillite, but that little pink ice cream cone is a lovely shiny. I think Vanillite is the more likely option between Vanillite and Galarian Mr. Mime.

Less likely choices are Amaura and Aurorus, or Cryogonal. Amaura is probably just too new to GO to be released (but look at those shinies, wow!), but we may see them as featured spawns. Shiny Cryogonal is a neat shiny, but I’m not sure we’ll see such a rare Pokémon have their shiny release yet.

If Espeon does get a Costume release as I speculate above, it’ll also be available as a shiny. I suspect it would be raid locked like Glaceon was before it.

There aren’t much in the way of Ice type Legendary Pokémon that would ‘fit’ the season and winter theme, but as we haven’t seen Black or White Kyurem yet, there is a bit of potential that they might finally enter the raid system? In the main series games to obtain either Kyurem you have to use DNA splicers on on a Kyurem, and either Reshiram or Zekrom, then use a process called Absofusion that removes Reshiram or Zekrom from the party until the fusion is undone. It will then become White Kyurem when fused with Reshiram or Black Kyurem when fused with Zekrom. This is highly unlikely to be something in GO, and we anticipate that they will simply come via the raid system.

We may see the return of the normal form of Kyurem, or just any other random legendary that happens to fit the rotation at the time. Legendary Pokémon don’t always fit the holiday or season theme, so who knows who it might be!

Looking back at previous holiday events, all of these seem like fairly safe bets as they have been heavily featured before, or are seasonal spawns. Amaura is probably the most controversial pick of the bunch, but we can hope! Other than those listed, any of the new Costume Pokémon will no doubt spawn regularly.

So now my final big prediction for the winter season of 2022, is a major update to the postcard feature. The 2021 Holiday event saw the release of the postcard feature, and for the last several months there has been many updates found in the datamines that hint at Vivillon making their much anticipated debut in GO. While Vivillon may seem an odd choice for a winter holiday themed event, the postcard feature was a key aspect of the 2021 event, so this huge update could come with 2022!

Vivillon has a lot of different patterns, and the datamines seem to suggest that which wing pattern you could get will depend on the postcard you are sent. Perhaps the wintery patterns Tundra Vivillon, Icy Snow Vivillon or Polar Vivillon, will be the first we see?