USER GUIDE | Submitted by JovJov14 on 23rd of January 2017That’s right! I’m talking about the grass-type Pokemon that James from Team Rocket had during the Kanto episodes. You know, one of the Pokemon that doesn’t actually say its name.

I’d like to put this particular Pokemon for consideration when it comes to building your team to take out some of those water-types up on those gyms. Why? Because they can!

Let me give you some advantages of having these guys on your team.

As I was saying, Victreebels are more useful than most think. Grass-type Pokemon don’t really have a lot of moves which make it easy to have a good set of moves.

Take this guy for example: 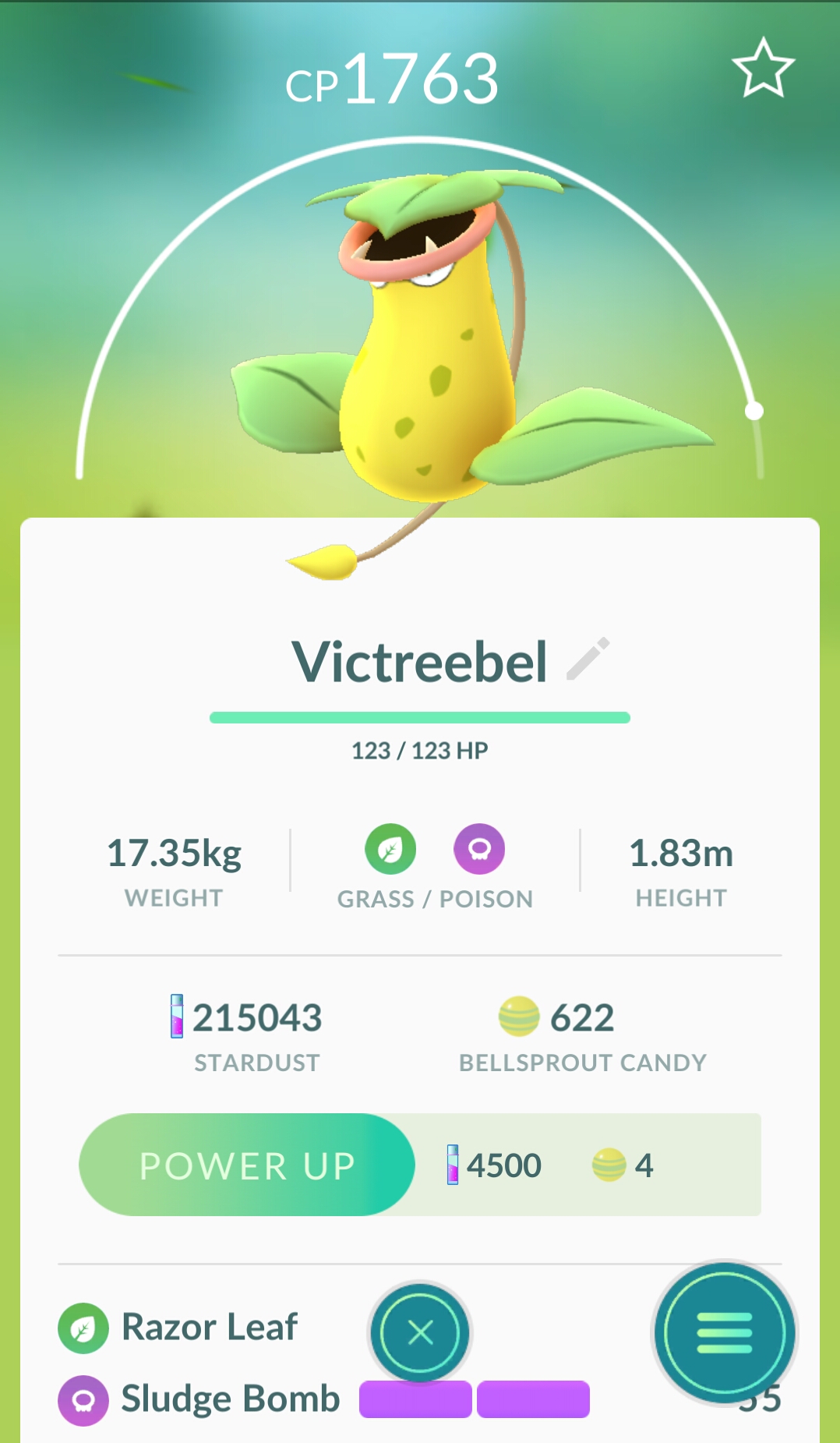 This is one of my personal attackers. It can usually take out even a Vaporeon with a 1900-2300 CP on it’s own. Note that the fast move Razor Leaf is not the quickest to execute, but it does make a decent damage on it’s own. It does help that the charge move is Sludge Bomb which is a poison-type move.

Now, with these moves paired up, the fast move would fill the charge move bar quick nicely, and having the charge move only half of the normal bar, it makes it faster to use the second move. Plus, Victreebel’s movement during battle is fast enough to dodge quick attacks.

Based on my personal battling experience, using Victreebel rarely results in a loss. On the other hand, after a battle with a higher CP opponent, it does take it’s toll on Victreebel’s HP. Usually resulting to more than a little over ¼ of the total HP remains. So, it would always be up to you if you want tag another Pokemon in.

So there ya go. Try em’ out. Kick some water-type butts.

Oh! One more thing. Keep those Bellsprout candies because there are internet rumors that Gen II Pokemon are coming very soon, and Bellossom is right around the corner.