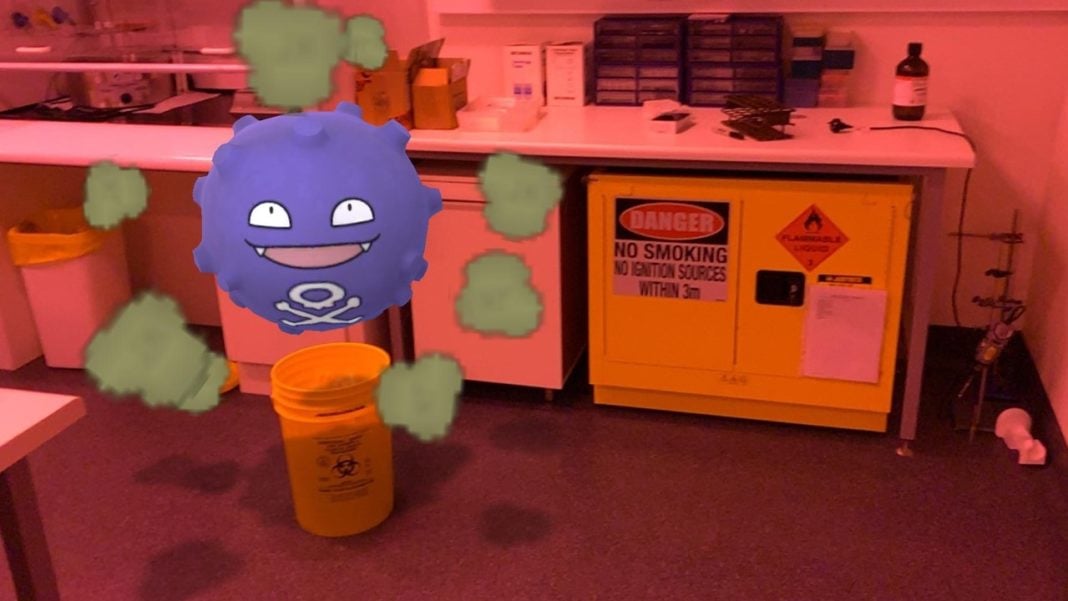 As Pokémon GO pushes AR to the furthest extents, it seems only natural that Trainers have learned a few new skills when using these tools. This means not only catching Pokémon in AR modes but also taking up a more recreational pass-time; AR Photography!

Throughout March, Trainers went out to photograph Pokémon in the wild. These Trainers have not only taken outstanding photographs but have also brought back stunning stories from their adventures. The AR Photo Showcase is a place where these Trainers can show to the world what they have accomplished, one photograph at a time.

To get a bit more intellectual with our themed showcases, we decided to celebrate using the ‘Scientific!‘ theme. Let’s see what our photographers managed to come up with!

In this segment, we take a look at the AR Photographs and stories submitted by your fellow Trainers.

“‘Who are you staring at?’ said Pichu after our eyes finally crossed each others at the shelves of the Science Library. She must have noticed my eyebrows going straight up, my eyes opening wide and my mouth stuttering trying to articulate a quick excuse, because she continued: ‘I graduated from high school at the age of 3 and got my first Ph.D. when I was 7! Of course, I am allowed to be in college!’. I gave up in trying to dissimulate my astonishment by the obvious fact… She was so young! I nodded, mumbled, and walked away. These child prodigies are all going to steal my future jobs!” 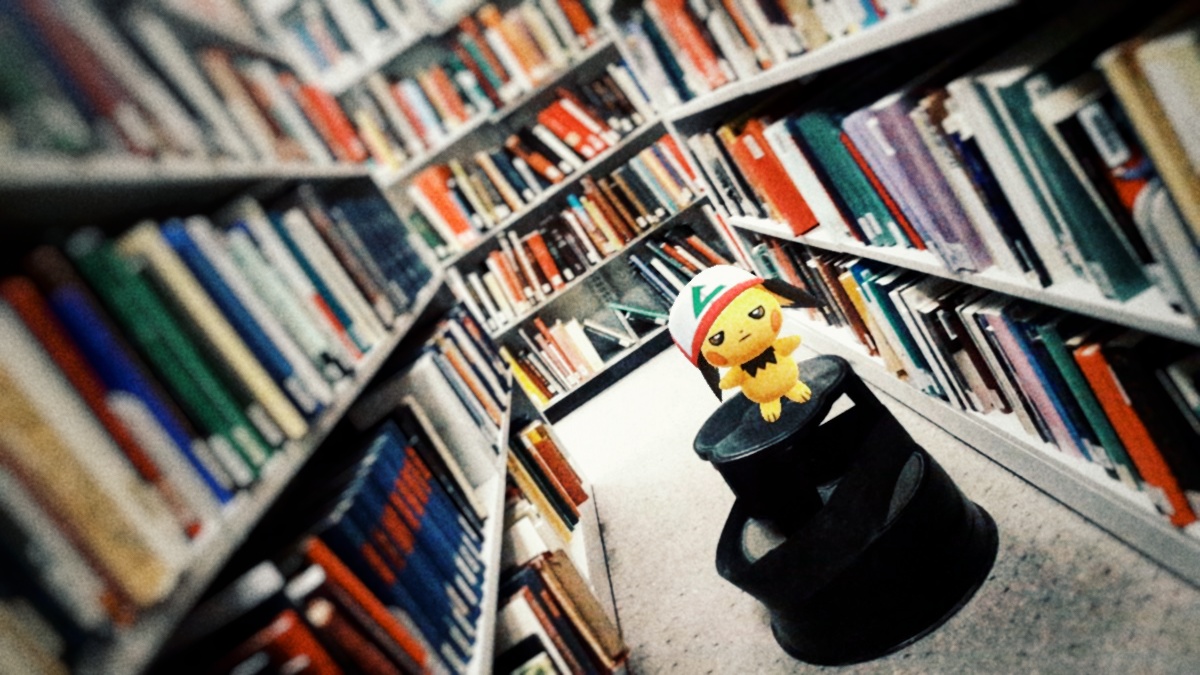 “After Deoxys’s meteorite had struck earth, a team of scientists captured him to run a variety of tests on him, since he was not of this planet. Deoxys, glazed in rage, managed to escape this laboratory-prison, and takes one last glance at it before releasing his fury at the facility.” 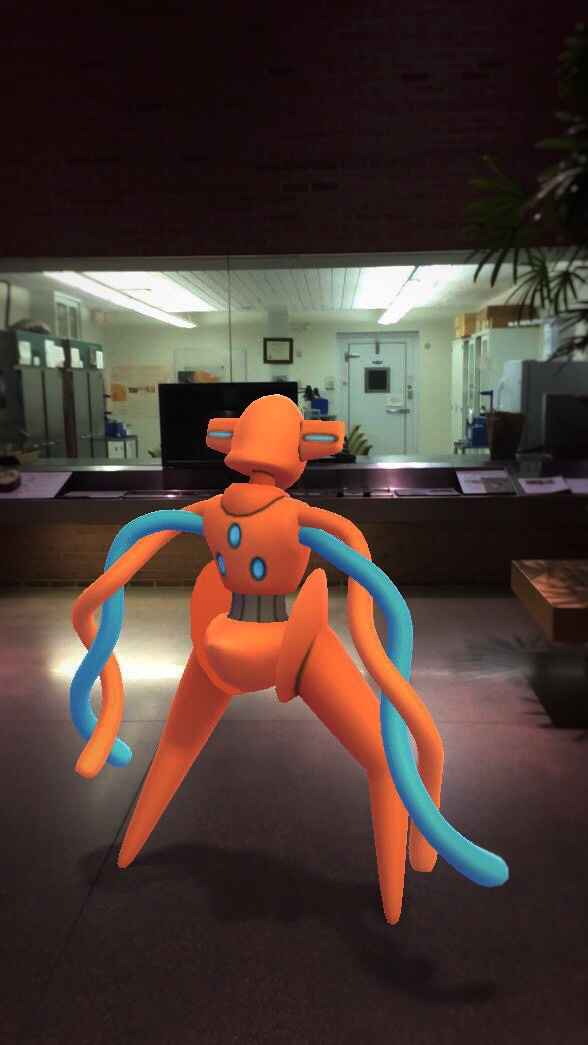 Side Note: I love the perspective in this photo, without even seeing the Pokémon’s face, you can still manage to get a feel for the intention and sentiment. It’s clear that Deoxys is eyeing down a Laboratory, and it’s clear that something is about to go down! – HUB Writer Josh Provines

“Rats are widely used as test subjects in labs all over the world and are subject to all kinds of experiments ranging from toxicology tests to genetic manipulation experiments. Most of the time, the suffering little critters don’t make it out alive, but one particular rat didn’t want to accept his fate. As I was checking the rats’ compartments, I noticed that one of them was empty and had a big hole on the side. After reviewing the surveillance footage of the past few hours, I managed to spot Subject-D-42 as he was making his escape. This rat was truly willing to do anything to survive, which makes me question the ethics of our actions with those rats.” 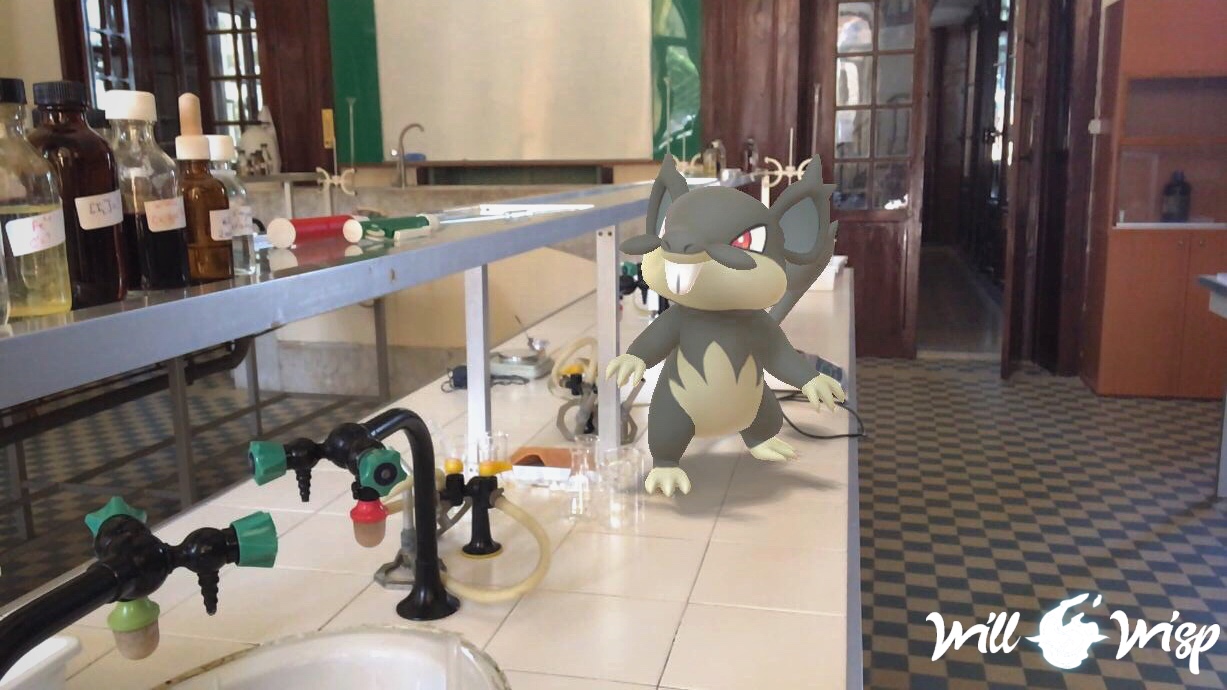 “Natural History Museums have always been fun to explore for me. So, when I took a look at the geology exhibits, I didn’t expect that my curious, nosy Sableye would free itself from its Pokéball and try to steal the exhibition objects. I know he loves everything that shines and looks valuable, but I trained him to be better than that. I told him that he couldn’t just take what he wants and he was really disappointed. After that, he just stood there for what felt like hours, and I swear I heard a small voice repeating ‘my precious.’ As you can imagine, in the end, I bought him something in the gift shop.” 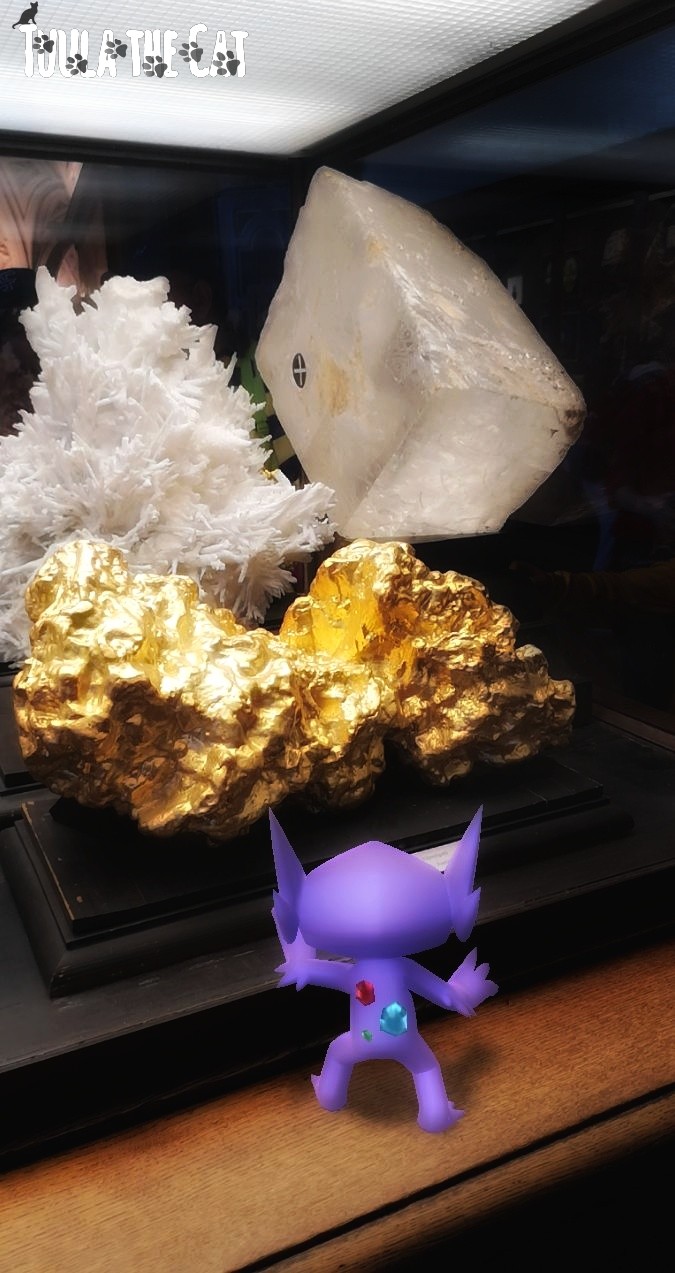 “A little background info on our AR Meetup. I had a trip planned to Europe and decided it would be cool to pass through Belgium as many AR Photographers are from there. Some months ago, I contacted Ash Ketzchup, and he was totally into the idea. After that, we invited some other Belgian photographers, Lugia Master, and Reikatje, who also were glad they could join and even MaiTai from Prague who took a plane flight to join! We had an amazing time walking around, talking and getting to know each other, plus taking some AR pics. That day we all visited the Atomium, which is a beautiful building/sculpture that represents an iron crystal amplified 165 million times. It was built in 1958 for the world fair, and it has since then become an icon to the city. We all decided it would be a cool idea to photograph it with different Pokémon in our own styles so we could later see each other’s work and see the different takes on the same place. Check out all our photos on our Instagram profiles @ashketzchup @lugia_master21 @pogo_reikatje @toto_leti and myself @pelopogo. It was a day I’ll never forget, and I’m glad we were able to make this happen.” 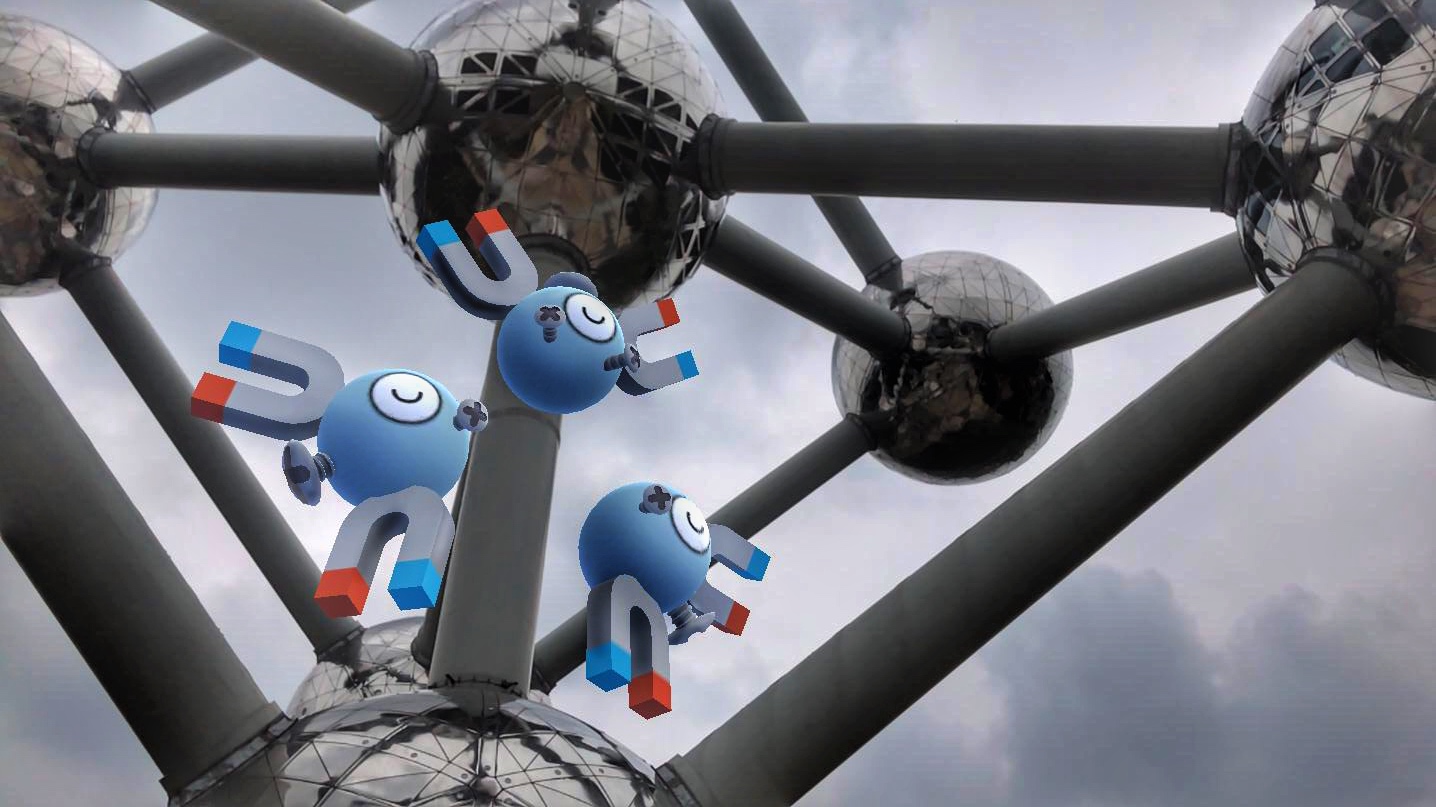 Side Note: As a big fan of some of the AR Photographers above, I think it’s awesome to see that such talented Trainers could meet up and work on something special – HUB Writer Josh Provines

Let’s get back to the basics of AR Photography; it is time to look at the raw, unfiltered, and unedited AR Photographs that your fellow Trainers have taken.

“I always liked Aerospace technology, so when I finally visited the Dutch National Space Museum for my father’s birthday, I took this picture with Meltan and the Vulcan rocket engine used on the Ariane 5 rocket. You can see that this engine is huge, especially next to Meltan.” 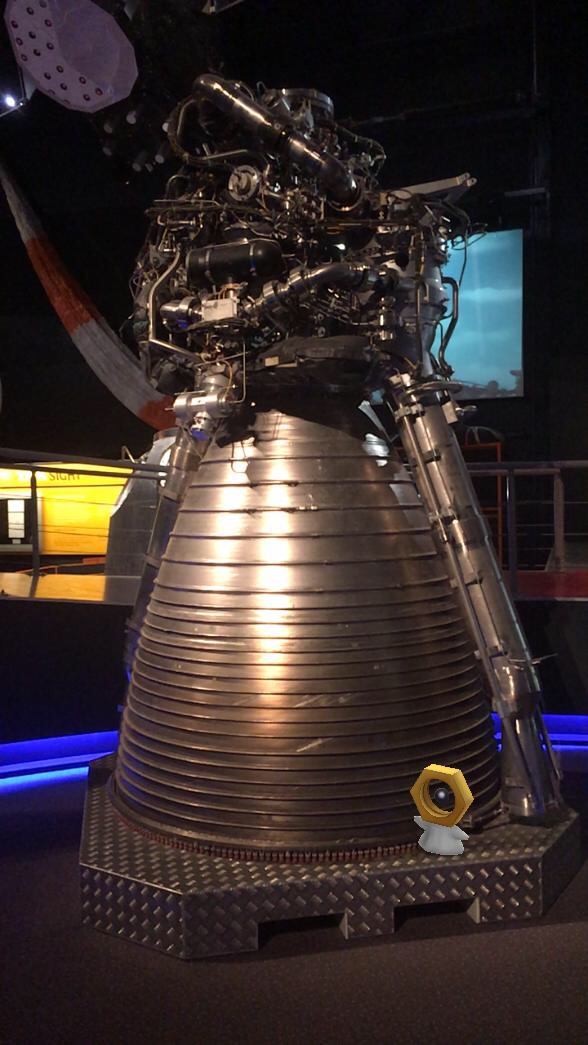 “It was just a normal day in the laboratory, and suddenly Koffing popped out of the biohazard bin. Koffing started smoking continuously next to the flammable liquids cabinet. We were not sure if Koffing smokes with or without an ignition source. All of the scientists were terrified, but luckily Koffing despawned and none of us were harmed.”

Side Note: This was honestly one of my favorite pictures from this showcase, not only did it take the theme to fullest extents, but it was a genius way of combing real-world material with Pokémon GO. Very well made – HUB Writer Josh Provines

“Today, the mass spectrometer is not working. We injected one sample and got nothing on the results, why is that happening? We’ve double checked everything: the concentration in the samples is correct, we’ve prepared it in the right vials, the machine is calibrated, we’re measuring at the appropriate wavelength… what is interfering with our analysis? I’m out of ideas! Oh. Wait… maybe? Magneton? I had to tell it ‘Would you be so kind as to get back into your Pokéball? I think what’s interfering with the analysis… might be you!'” 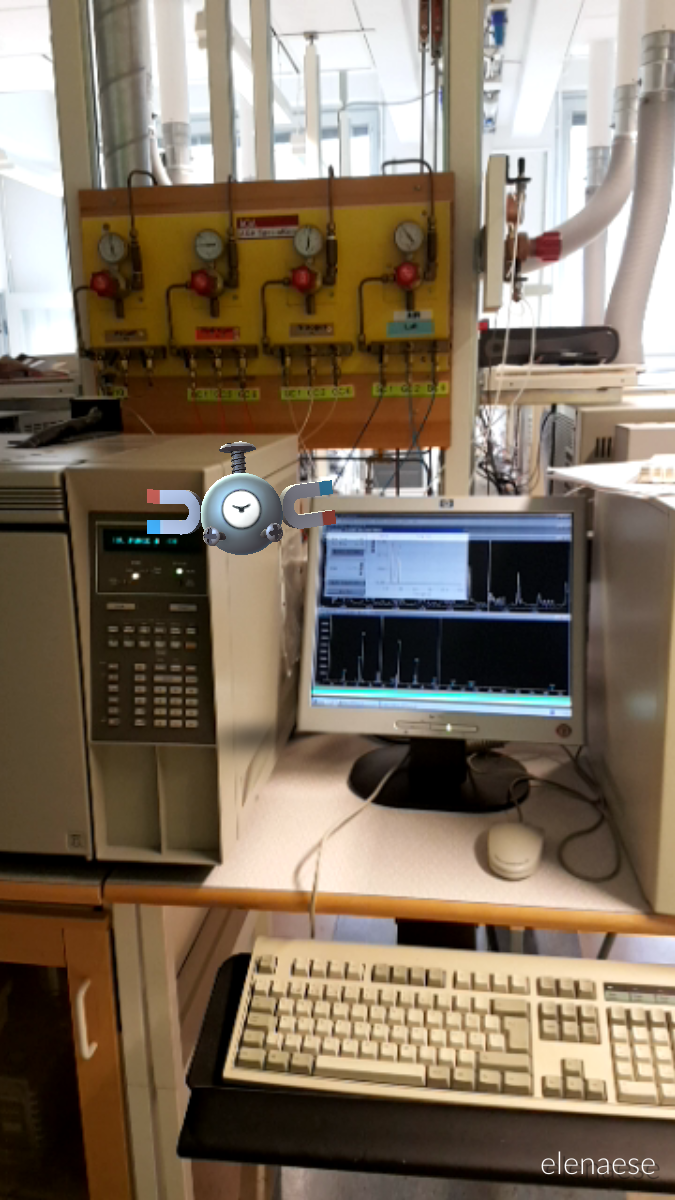 “It’s great to have an assistant like Bulbasaur in the lab. We’ve both teamed up because we will do some analysis to determine if there are contaminants in the water of the nearby river. Bulbasaur is helping me prepare the samples now. Then we will centrifuge 10 minutes and separate aqueous from organic components. Bulbasaur will have a look at the samples while they dry in the evaporation room for 45 minutes, and I will set up the machine for analysis. We have studied our protocol hard! Hopefully, we will have the results by the end of the day.” 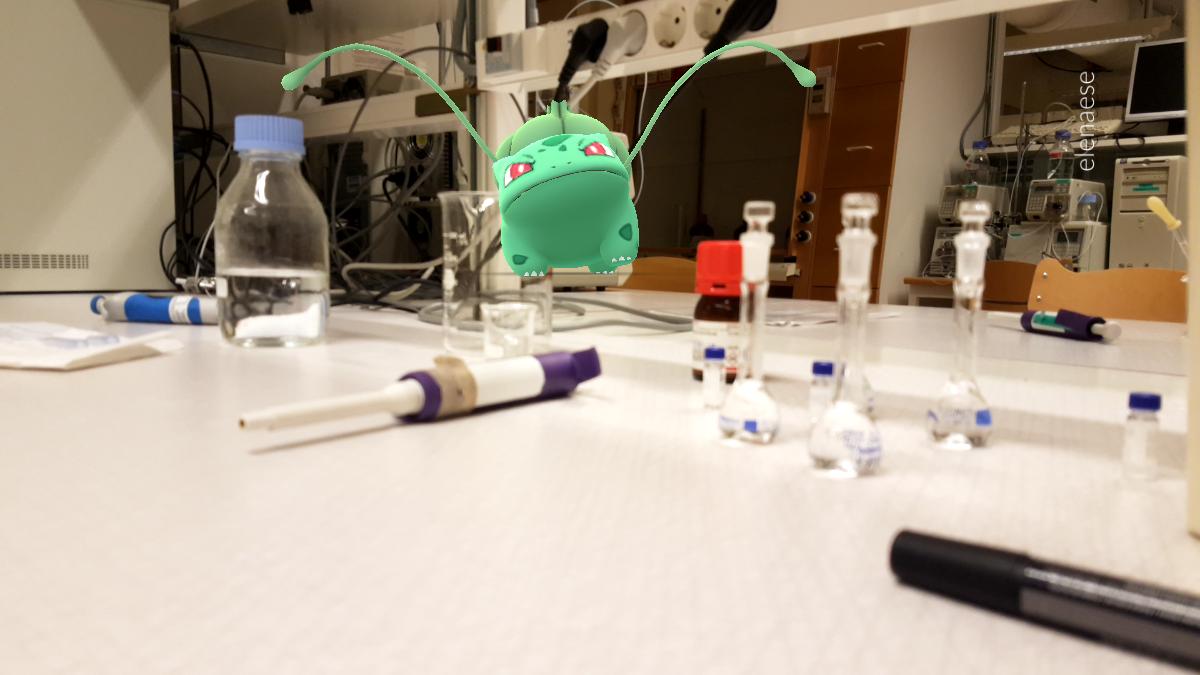 This segment highlights the Photographs taken by our very own AR Masters, those that we have deemed to be elite in the field of AR Photography.

“Building a portable nuclear accelerator and particle thrower is no easy task. Luckily, I had Meltan available to help me out with much of the welding and soldering. Unfortunately, I did have to spend a lot of time replacing the tools that he absorbed into his body.”

“When I first heard that this month’s theme was ‘Scientific,’ I thought I was going to break into a lab! But my GOHub family reminded me that anything could be Scientific so I wanted to get a Fossil Pokémon in a picture as if we brought it back to life. I scouted for the best location, and I couldn’t be happier with how the picture came out.” 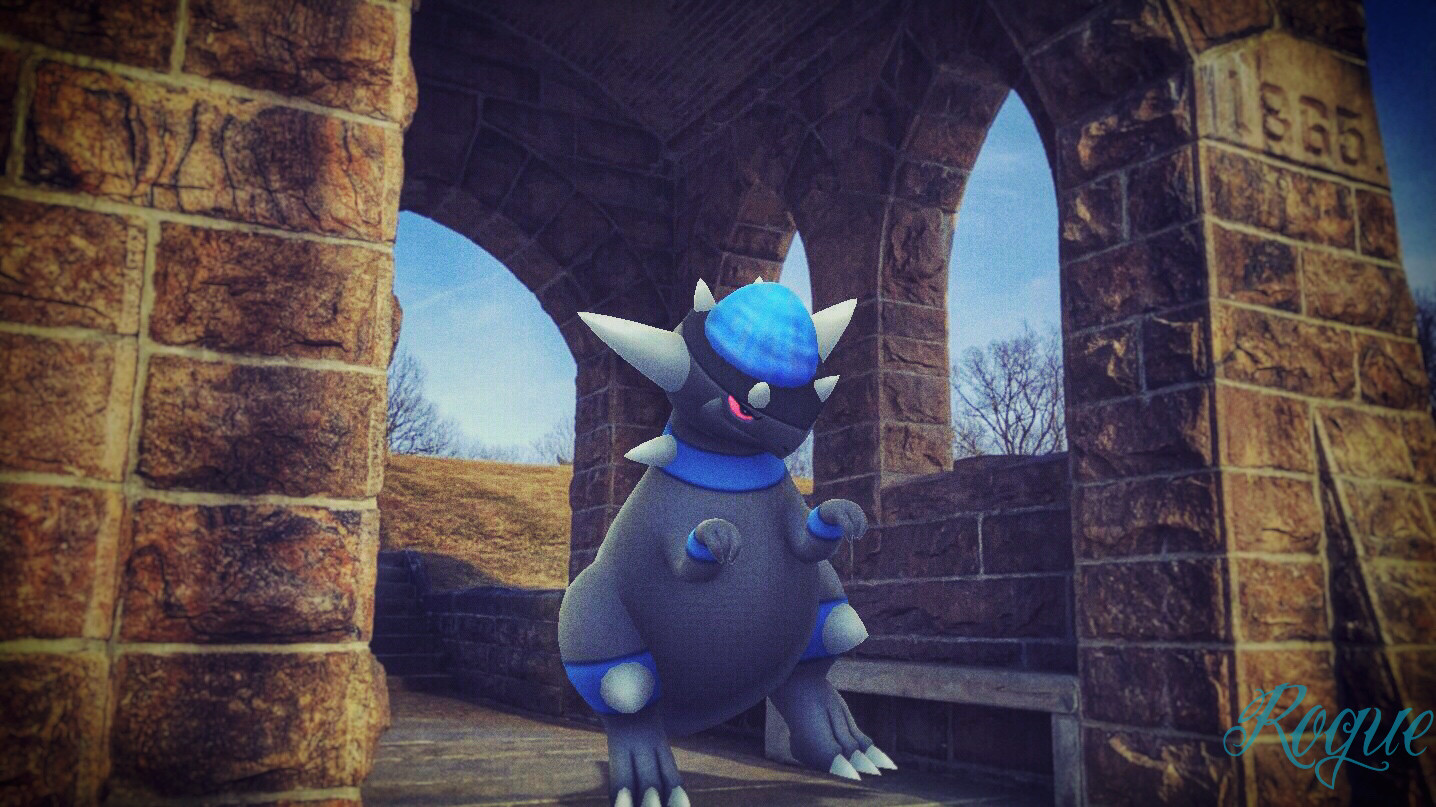 “Have you ever watched ‘Stranger Things’? This building reminds me of Hawkins National Laboratory! I liked how the building looked a bit mysterious, certainly fitting with an Unown. What scientific research could they be doing in there?” 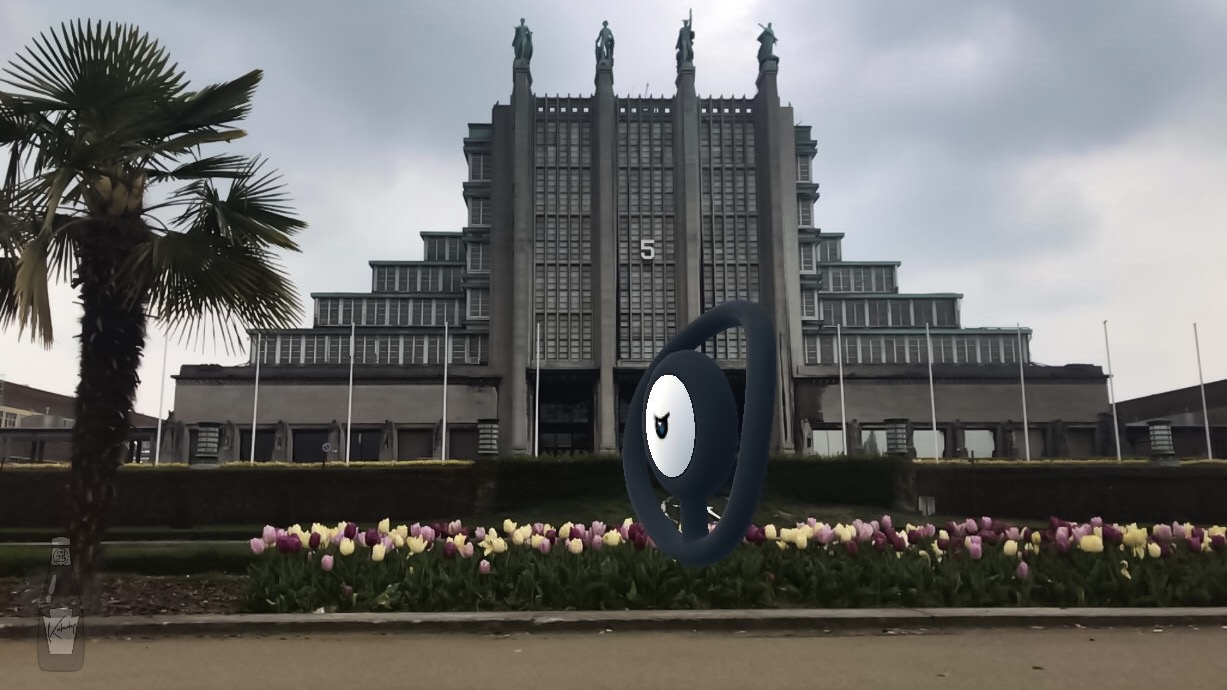 This segment is meant to show off the AR Photographs that didn’t quite make it for one reason or another.

Before finishing, there are a few things I have to mention. The first of course is apologizing for missing the deadline on last month’s Showcase, however, just because of one mistake, doesn’t mean we have to stop the fun! For that reason, next month we will be publishing the photos for last month’s theme AND this month’s. Double the photos, double the fun!

Next, please remind your fellow Trainers and Photographers that themed showcases require the photo to show and follow the theme clearly! It’s an issue that I have encountered with the photos for themed showcases where Trainers will take a photo that has nothing to do with the theme, and try and relate it loosely using the follow-up story.

6/23 EDIT: After taking into consideration multiple factors, the AR Photo Showcases will no longer be featuring specific themes as mentioned above. This means you can submit any Pokémon GO AR Photo that you would like.