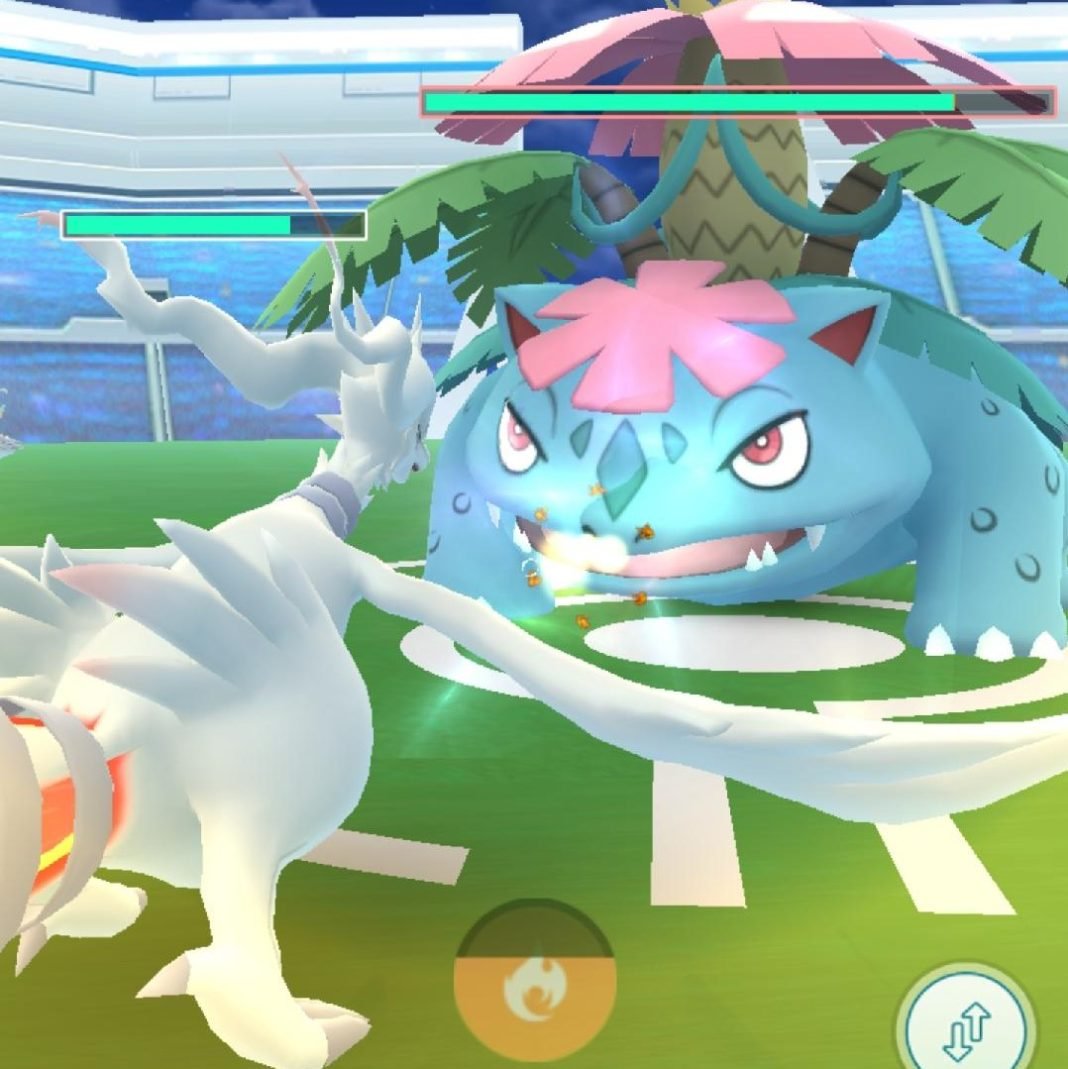 The introduction of Mega Evolution has had us all so hyped since they were first teased. A mainstay of the main series games, and generally just so so cool, we couldn’t wait to see them in Pokémon GO. However with this new arrival, quickly came a crushing sense of disappointment for many players. The mechanics of Mega Evolutions are incredibly hard work at best for free to play players, or at worst, an obvious cash grab. The community has been very vocal about their dislike of this new mechanism, so we wanted to share some of our feelings on it.

Getting to raid against a Mega Pokémon is something that has long been a dream for a lot of long time Pokémon fans, so to finally see them in game is awesome! They look fantastic, seem to spawn regularly, and giving us potential shiny fully evolved forms was also a great introduction. Seeing a Charizard suddenly sparkle on that catch screen is such a thrill! Mega Pokémon being an alternative to legendary raids isn’t something that we have a particular problem with, especially with the potential shiny reward, because for any OG Pokémon fan, who wouldn’t want to battle a Mega?! 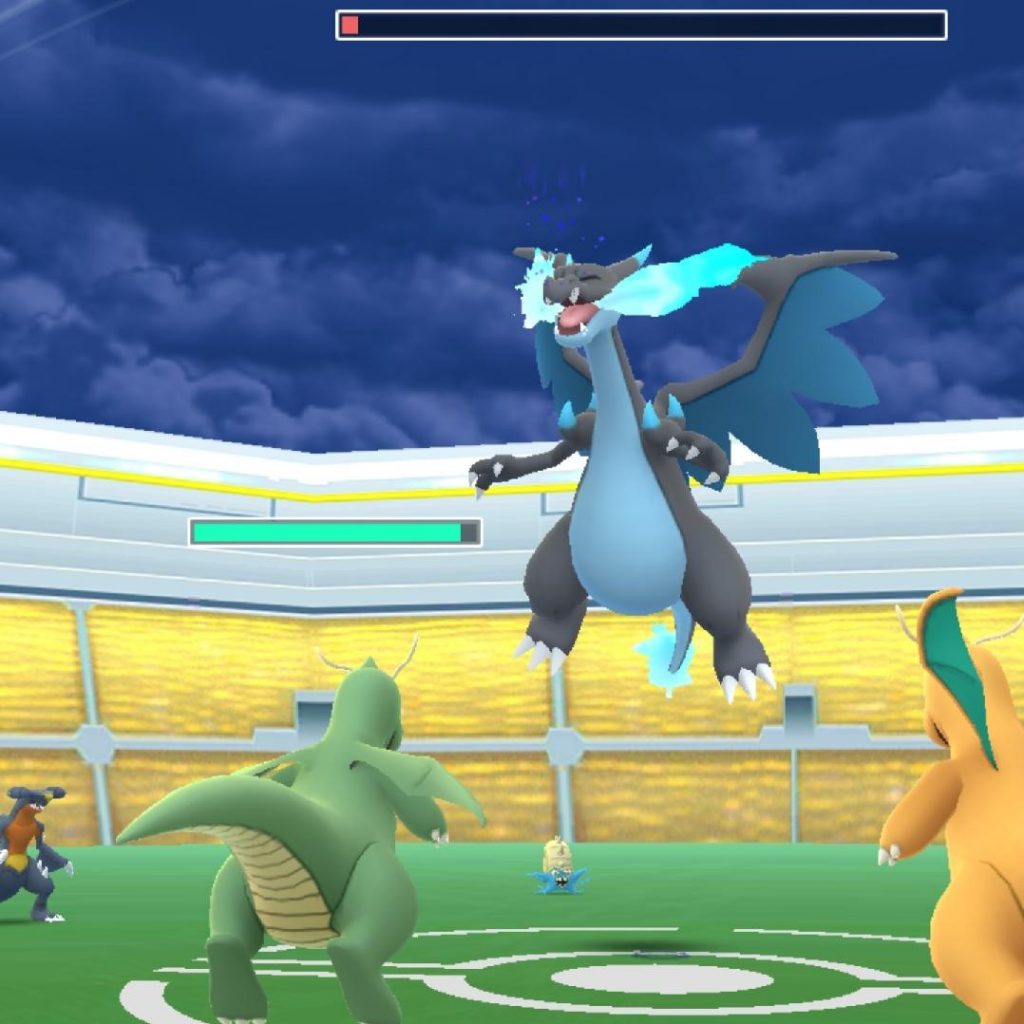 To Mega Evolve a Pokémon you have to raid Mega Pokémon as quickly as possible to get as much Mega Energy as you can. The first time you Mega Evolve a Pokémon it costs 200 Mega Energy, and then 50 after that. The maximum Mega Energy you can get from a raid is 50, so the minimum raids you need to do is 4 to get a one time evolution. And that is only if you are getting full lobbies to get the raids done as quickly as possible, so the chances are for a lot of players, it’s going to take more than 4 raids to gain that energy. For free to play players, that’s at least 4 days of free raid passes for a single Evolution, and to get the full set that are currently out, at least 16 full days of successfully raiding and using your free pass (to get both variants of Charizard), more realistically, probably actually 20+ days. Beedrill Energy is currently from the research quest line only, so it raises the question of when it will be introduced into raids for us to gain more, and even if it is, will anyone want to raid it? Several people on Twitter have done the maths, and for all currently available Mega Pokémon (not just the ones released so far), it would take over 240 days to get all their Mega Evolutions registered in the Pokédex using your free daily passes.

The Mega Energy is also Pokémon specific. So you have to raid Mega Charizard, to get Mega Energy for your own Mega Charizard, and it cannot be transferred between different Pokémon. Making the Energy Pokémon specific was an unexpected move, but makes sense as a reference to the main series as each Pokémon has their own specific Mega Stone that they have to be holding to Mega Evolve. However in Pokémon GO, it isn’t a case of finding a Mega Stone, and instead finding Mega Energy repeatedly in order to Mega Evolve again.

If Mega Energy was generic rather than species specific, I think players would be a lot happier. Certain Megas are always going to be more popular than others, and getting people to raid Mega Abomasnow or Audino over fan favourites like Mega Charizard or Gengar (that shiny version!!) is going to prove difficult. That way even if no one else wanted to continually raid your personal fave, you could still do other Mega Raids and earn your Mega Energy to be able to evolve your fave again and again. Everyone has their own faves, and you’d be surprised which Pokémon people have a soft spot for. I know I’m excited for Mega Sableye, but others will be hyped for Mega Aggron, or delighted by Mega Aerodactyl, but many will only want to focus on those that are most meta relevant, making less popular Mega Energy had to come by.

Sadly with Mega Pokémon locked behind raids, this is yet another feature that stings rural players. It requires having gyms in your local area, and having enough people to work together to successfully take them down, never mind as quickly as possible. As an example, where I live is semi-rural, and through being able to submit Pokéstops, I’ve managed to get us 3 gyms in our small area, awesome! Except not so much, because there is no one else here to raid with, so the only raids I can do are those that are solo-able, unless people are happy to buy remote raid passes and have me invite them to raids. 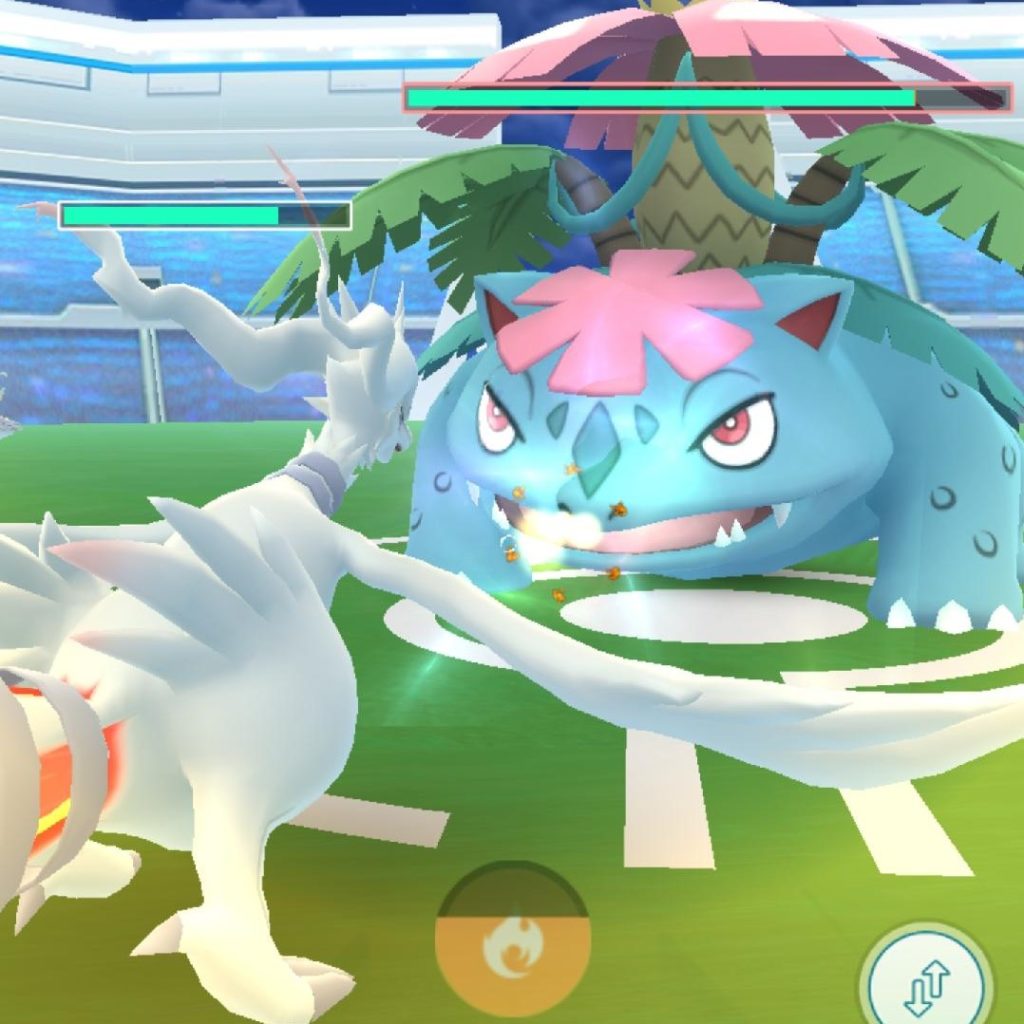 There are two main time issues we have seen brought up regarding Mega Evolution. The first being that many feel that 4 hours isn’t long enough for the evolution to last. In the main series Mega Evolution only lasts during that particular battle, or if the Pokémon faints, so technically we are getting a lot longer with our Mega Pokémon as we can use them for a set time period, rather than a single battle. Mega Evolution was almost certainly always going to be temporary, and 4 hours can cover you for a 3 hour raid day event if you need the extra strength of the Mega Pokémon as you are short manning raids. It could also potentially cover a PVP tournament if Master League tournaments ever became popular, or or could cover you for your daily sets of PVP if they are ever allowed in GO Battle League. 4 hours is also plenty of time for AR photographers to have a serious photo session with their Mega Pokémon! Opinions vary on if 4 hours is a fair length of time or not, many had hoped for 24 hours, but comparing to the main series, it’s a lot longer than just one battle.

The other time factor is the one that gives more concern. FOMO (fear of missing out) is already a big issue in our community with so many events being time limited, and with potentially rotating Mega Raids, there is a real fear that if you don’t raid and hoard Mega Energy now, you could lose out on having access to that Mega at all in the future as the raid rotations take place. Like with shiny legendaries, the aim seems to often be to get them done as quickly as possible, with many people stopping raiding as soon as they have their shiny, so there is a fear that once the hardcore raiders have their Mega Energy stored, the more casual or free to play players will struggle to get enough people to get these raids done. So often Pokémon GO seems to be a case of ‘you snooze, you lose’, and once these raids have been in rotation for a short while, it’ll become harder and harder to get a raid group together. The question becomes, are Mega Raids even a sustainable way to achieve Mega Energy, or will people stop raiding when they realise there isn’t a huge amount of use for Mega Pokémon as it stands, bar their dex entry and for AR photographers?

We are concerned that Mega Pokémon are potentially locked behind a pay wall of raid passes, and even more concerned that this has been done during a pandemic when it isn’t safe for many people to go out and raid, leaving remote raid passes, which are not free, as many people’s only option. Of course you can be free to play and eventually get these Mega Pokémon for free, but is that grind worth it when it takes so very long? And will free to play players even want to use their free daily passes for Mega Raids when new legendaries and shinies are introduced? Many people on Twitter have said that they don’t plan to bother with Megas at all in their current format, or aim to simply get the dex entry and move on. 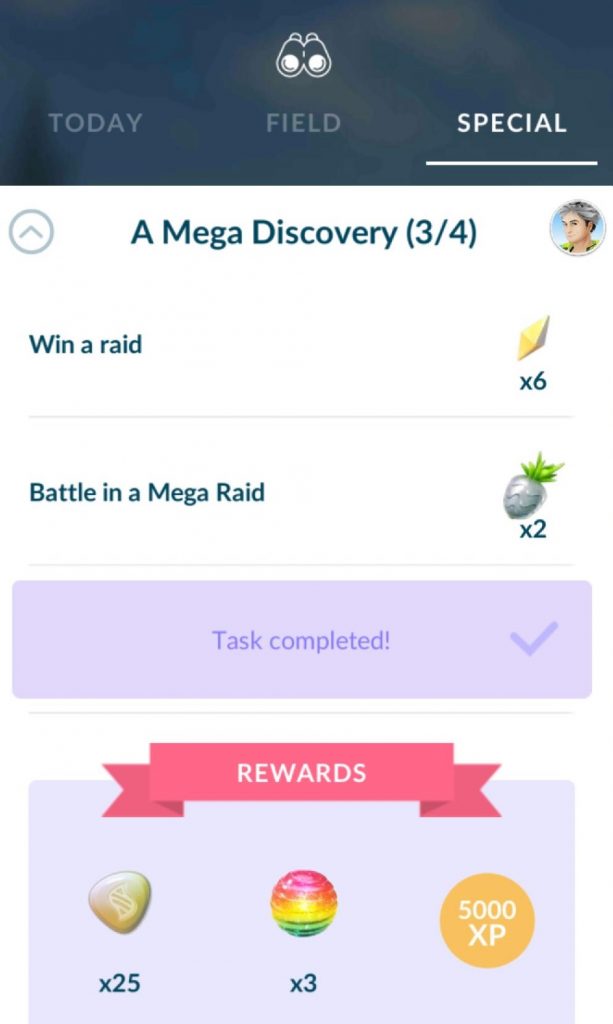 Mega Beedrill being available via a research quest line is great. Most quest lines can be grinded out quickly by the hardcore grinders, or you can easily take them at your own pace if you wish to. Most research quest lines are also a lot more accessible to rural players, so we’d love to see more of this in the future. We’d be happy to see longer quest lines with more tasks to complete so they can’t be grinded out quickly, simply because these quests tend to be more accessible. Even a quest line for each Mega as they are first introduced to help you earn the higher Mega Energy cost, and then only being able to get more from Mega Raids afterwards could be more achievable for many players.

We’d love to see more different ways of earning Mega Energy implemented in game. Many of us suspected that the Buddy system could be utilised as a way of working towards Mega Evolutions but as it stands, the level of friendship has no impact on your Mega Pokémon. Could this be a way to earn Mega Energy in the future? Instead of a souvenir, your Buddy Pokémon could bring small amounts of Mega Energy for example, so you’d have to aim to be best buddies with your Bulbasaur to Mega Evolve it, but could also earn extra energy from Mega Bulbasaur raids to get there quicker.

Another aspect that could be introduced could be a version of rare candy that is Mega Energy that can be given to any Pokémon. It makes sense that catching that specific Pokémon rewards you with that specific Pokémon’s Mega Energy, much like you also get their specific candy, but the raid itself could also reward us with Rare Mega Energy, that we can choose to put towards any Mega Pokémon. It could even be a reward in any level of raid, so you can constantly accrue it, like rare candy.

Research tasks from Pokéstops could be another fun way to give us access to Mega Energy. There are already rare candy quests, as well as some that reward incredible rare Pokémon (when was the last time you saw a wild Aerodactyl?!), so why not Mega Energy too? Especially if a generic version of it was introduced.

Ultimately, Mega Pokémon as the mechanic currently stands has a lot of players feeling like this is a cash grab because it is entirely locked behind raids. We worry that it isn’t sustainable as many players don’t want to have to raid the same Pokémon over and over again to be able to access their Mega Evolutions long term, and we’d hate to see such an exciting development fall by the wayside because of how it has been implemented. Hopefully as time goes on we can see more ways to earn Mega Energy in the future and more uses for Mega Pokémon because one thing is for sure, these have the potential to be massively game altering with their stats!