Let’s Talk About the Changes to Incense

It’s been a busy week hasn’t it? A whole ton of announcements about events, a new season, new Pokémon, a new region, and buried in the middle of them all, a major change to the way incense works via Niantic’s ‘Exploration Updates‘ post to revert stationary incense to the pre-pandemic level. To quote,

‘Additionally, the stationary Incense bonus will be removed, but a new bonus that increases Incense duration from 60 minutes to 90 minutes‘

Two major changes, both given to us very last minute, as the announcements came out hours before the new Season started in some parts of the world. Firstly, we wish that the community had been given more notice, especially for the APAC region who barely had any notification before the changes took place. Better communication is one of our more common requests for Niantic, and this is another example of why we need more notice. In fact, to quote a Niantic blog post, they previously said ‘These bonuses are temporary, but they will remain in the game at minimum through June 2021. We’ll give at least one month’s notice before they change.’ We got a couple of hours.

The change is fairly massive, the spawns have dropped from 1 per minute to 1 every 5 minutes for stationary incense. This is huge. For 60 minutes, you’ve gone from 60 spawns, to only 12. Even for the new 90 minutes duration (for the Season of Alola only) that is still only 18 spawns! This is a truly massive drop in spawns, and one we are struggling to understand the ‘why’ for.

For moving incense, spawns are currently 1 spawn every 30 seconds for the ‘foreseeable future’.

So why the change? Niantic says that change is to get us out moving, rather than sat at home. But let’s be honest, how do we use incense? On event days like Johto Tour or Community Day, maybe during a Spotlight Hour, or if we are stuck at home bored for some reason. The increased effectiveness while stationary made incense usable for a lot of people. I used more incense than ever before during the time we had the stationary bonus, and I’m sure many others did too. Previously I used it only on maybe Community Day, or a spotlight hour I was really excited for, because otherwise it was pretty useless, and most people don’t have huge amounts of time they can dedicate to going out and playing Pokémon GO outside of events. 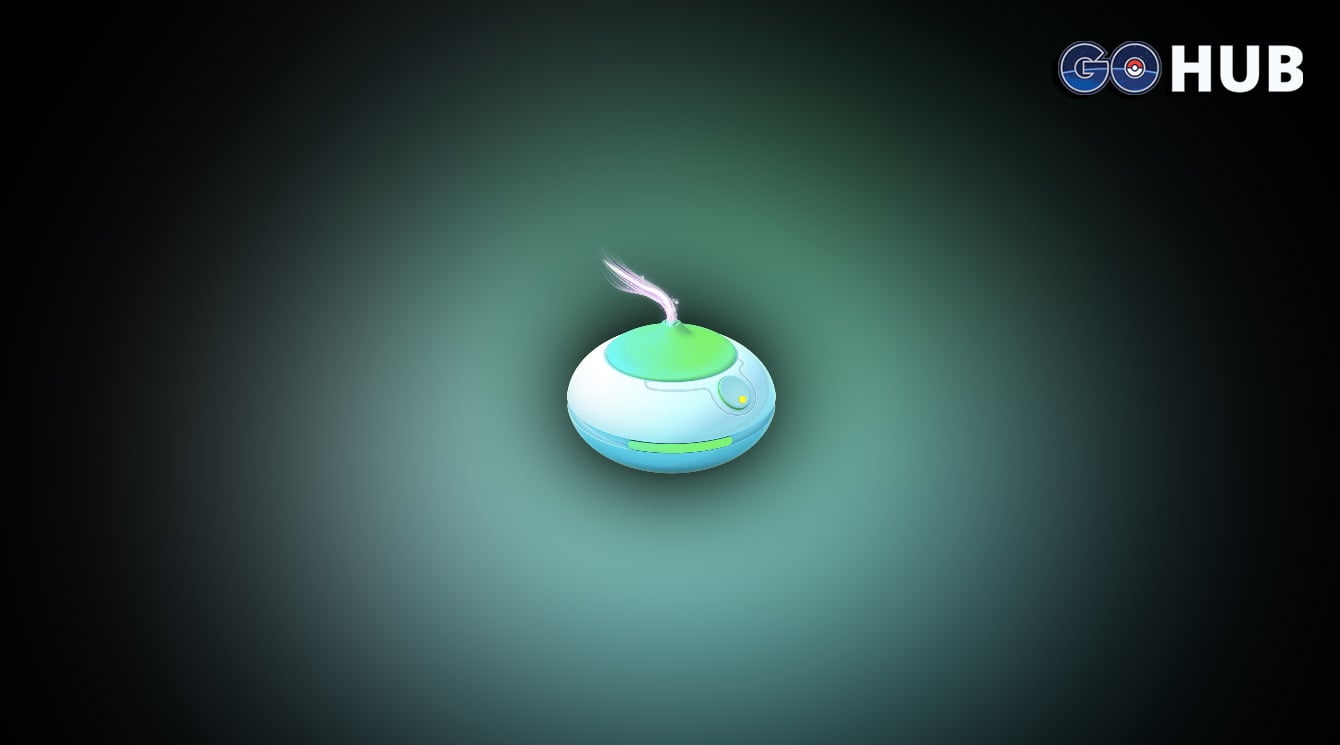 For events like Community Day, it’s easy to say we should be out on foot walking around anyway, but with extreme weather in summer and winter for a lot of countries, that can be really tricky! No one wants to head out in 40° Celsius weather to hunt Pokémon, or stomp through snow drifts in -7° with wind chill! We want players to be encouraged to be safe, and making incense so bad when not moving, will encourage people to go outside when they shouldn’t. Even a day with weather that isn’t particularly extreme, like pouring down rain, can be really tricky to play Pokémon in. Going outside isn’t always viable for a lot of reasons. Extreme weather can physically affect your phone, so in high or low temperatures, the option to play on foot isn’t necessarily even viable, because of the battery drain effects, or overheating.

Not everyone is abled bodied, and these changes really throw disabled players under the bus. Especially ‘post Covid’ (which we arguably are not at all), with a huge rise in chronic illness caused by Covid, there are a lot of players who can’t play how they used to, and they all deserve to be able to play too. Many players can’t walk fast enough for the incense effects to take place, or cannot safely traverse their local areas in the same ways others can. Many places are not wheelchair accessible, including a lot of parks, so telling players they have to head to them to play, isn’t right.

I’ve written about accessibility in Pokémon GO before, and it is still such an issue. When disabled folks mentioned this on social media they are often dismissed and told simply ‘play a different Pokémon game’ but no! We want to play this Pokémon game specifically, and we should be included. The pandemic has shown us how ableist society is, because changes disabled people have been asking for for years have suddenly become options, when non-disabled people needed them. Being able to use an incense from home and get a spawn every minute made this game accessible to those who can’t easily get outside and play, and nerfing the spawns so drastically has hurt a lot.

This also hurts rural players. Spawn density is a lot lower, PokéStops are limited, so incense made this game playable for many rural players. Not everyone lives in a city, or near a town with a densely populated area that will have good cluster spawns. Incense made the game so much better for those who aren’t in areas full of spawns and made events truly playable for the first time.

I live in a semi-rural area, and most of my spawns are in clusters around specific PokéStops. Hanging around at the local children’s playground just seems a bit weird when I don’t have children, and the other spot with the most spawns has them entirely concentrated around the PokéStops and gym, with none at all spawning on the actual green area for walking. So I can either walk with only incense spawns, or I can lure up the PokéStops and take advantage of the cluster spawns, which I know gives drastically more Pokémon!

Being rural, internet signal on your phone is another major issue. Where I live, I would estimate that half of the village has absolutely zero signal. I’m talking we can’t make a call or send a text, never mind get on the internet to play Pokémon GO. I’m lucky to live in the part with phone signal, but it isn’t strong, and playing on WiFi is much more stable. I’d have to drive over to the next town to be able to have a good signal to play consistently off WiFi, or else keep doing the same small loop over and over again. There are PokéStops I can’t often spin because of lack of signal, and viable PokéStops I haven’t been able to submit because I can’t even get on the game near them to try. (I’m aware you can now take a photo and submit later, but if I can’t load the game to submit at the potential stop, I won’t be able to load it to spin it either). So playing from home works much better for me than on foot in my local area.

And I’m lucky for a rural player because I’ve been able to submit several successful PokéStops and gyms. There are huge areas where there are absolutely no PokéStops, and nothing that can be submitted according to Wayfarer rules. Zero stops mean lures can’t be used, no signal means walking to play the game is out, so now you are stuck with ineffective incense and hope.

Is 90 minutes really a bonus?

For clarification, the 90 minutes bonus is for the Season of Alola only. We understand that Niantic want us to get out and moving, but is 90 minutes really a viable bonus to replace the lack of spawns for stationary incense? It is now longer than a spotlight hour, so half an hour will be regular spawns, and Community Day usually features longer incense as a bonus anyway, so is it really a bonus? 90 minutes is a really long time, most people are not dedicating that sort of length of time to this game in one go with their regular daily play. The speed for the increased effectiveness seems pretty high, so a lot of people walking still won’t trigger it, because they aren’t moving quick enough still. The speed is around 6km per hour to get the extra spawns, which is actually above the average walking speed, so you have to be getting a move on. On event days we often stop and start walking, because we want to shiny check clusters, or catch as much as we can, so maintaining a 6km speed isn’t something we will do. Plus, for a 12-hour event like Johto Tour, who on earth could keep that speed up the whole day?!

As mentioned, this is also for the Season of Alola, so is not a permanent bonus to replace the stationary incense boost.

We’d like to see Niantic listen to the community and reassess this. Incense was fairly useless pre-pandemic with the 5 minute spawn gap, and even now with the new moving bonus, you have to walk quickly for the increased spawns, and on busy event days, you aren’t always moving fast because of the density of spawns to catch/shiny check. Maybe a more reasonable change would be one minute spawns for moving, and one and a half minute spawns for stationary, if there has to be a different at all. Five minutes is such a long period of time in a game like Pokémon GO, it doesn’t feel like this is being done with the community in mind.

People are often working during events, or caring for their children etc, and aren’t able to go out and play every Community Day, incense at least made it so they could get a few spawns where ever they were to try to get a shiny.

It was a bit of a joke before the pandemic that incense was basically useless, so people didn’t use it at all, and I can see this happening again now. People were buying incense to use, why cut off an income source?! Most of us see incense as a way to get spawns when there are none, rather than as a way to increase them when we are out walking and already have them. I know incense has gone from something I would use every spotlight hour, or during an event because I liked the spawns and wanted to shiny hunt, to something I’ll probably not really use unless it is a community day and I’m able to go out and about for a good period of time. I would occasionally buy incense, or boxes with incense in it, because it was so good and helped my gameplay as a semi-rural chronically ill player so much.

There is no need for the incense to have changed so drastically, this isn’t just a downgrade, it is a total nerf to the point of almost being useless.