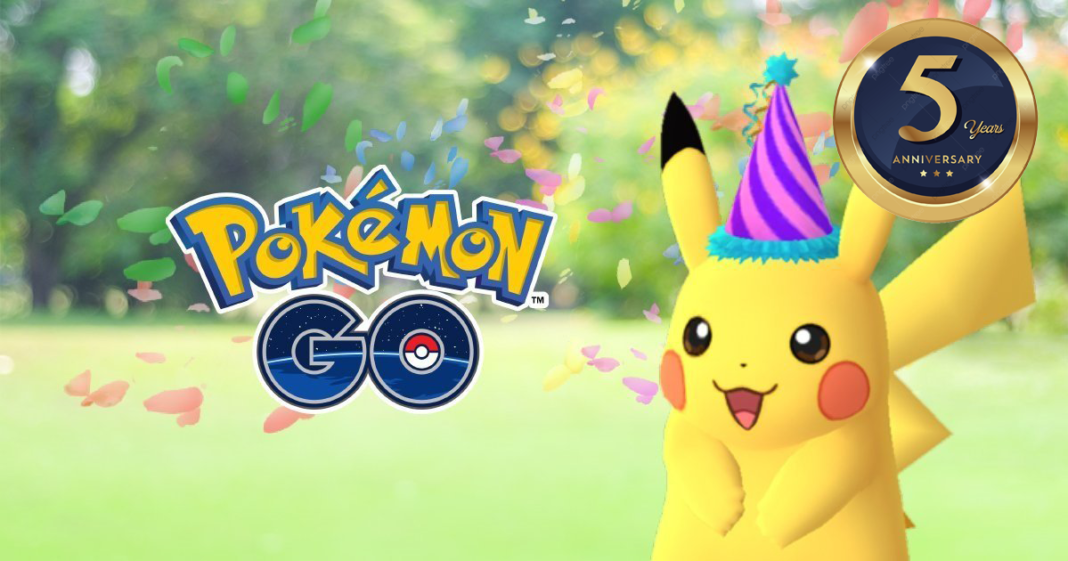 On July 6, 2016 Niantic surprised the world by launching Pokémon GO for mobile devices. Can you believe that 5 years have passed since then?

Time flies so fast! The game turned out to be so innovative and new, that it immediately became an unprecedented worldwide success for the company.

Our dream finally came true: we could finally be a Pokémon Trainer like the ones we saw in the Gameboy games (and later television series), the same ones with which we grew up… it finally came true. And what dream it has been!

Do you remember where you were at that time?

Ahh .. I have been asked this question many times when this special date arrives. When the launch of the game was announced, and I was able to download it to my cell phone, I remember that the first thing I did was run with my brother (who also installed it and played with me at the time until his retirement in 2017) to a nearby square, simply to capture my first Charmander (I always loved Fire starters and I still do!).
To my surprise, not only WE were there (and it was 3 AM!), but we also noticed a stampede of people that ran through the streets doing the same thing as us: cell phone in hand, the only thing we heard was “I have a Bulbasaur! “ “I caught a Squirtle!” “My first gym!” among so many other things that pointed out that the so-called “Pokémon GO fever” had undoubtedly started.

But enough talking about my personal story. The truth is that Pokémon GO has meant a “before and after” for all of us. Pokémon GO Hub wouldn’t exist if it weren’t for this game!

This online community was created in response to the demand to know the latest news about the game, and since then it has seen many pokefans over the years: designers, photographers, writers, developers, programmers, etc … and all of them are united by the same passion for Pokémon games.

Perhaps you, dear reader, have also seen a change in your life. Perhaps you are a content creator who started, like all of us, without any experience uploading videos on Youtube or streaming the game on Twitch, and today you are well known for it.

Or maybe you manage a local Pokémon GO community, with the same results. Or like us, perhaps you have created your own blog dedicated to the game, and now it is read all across the globe.

No matter how, the concrete thing is that, in one way or another, this game has meant, as I said before, “a before and after” for all of us. I think it is imperative to recognise that we have all contributed a grain of sand to this great global community of players to become what it is today.

We’ve all grown and evolved (appropriate, right?) with the game, and since we’re talking about achievements, it’s time to look at the achievements that Pokémon GO has achieved over time.

According to the SensorTower website, the game has only grown over the years. Even today, being in the middle of a global pandemic, the game has not stopped producing profits, and 2020 has been its best year despite being in quarantine and in lockdowm.

Niantic has undoubtedly grown equally with its application and with us; they have reinvented themselves to give us a beautiful game, and they have created many ways to communicate with their player base since day one.

Believe it or not, Niantic DOES listen to its players, which is evidenced by the increasing existence of events in the game, the creation of Community Days where players can gather together, the possibility of attending  Pokémon GO Fest from anywhere in the world, and a large etc.

It is true that in the last time they have had a lot of bugs, but I think that is part of being a developer. No game is perfect, so there will always be glitches and mistakes; the important thing is to recognize them and work to solve them, which Niantic has done for all these years

While it is impossible to predict the future, we can say with complete certainty that Pokémon GO still has a lot of life. Despite the bad comments of people (specially n the first days) saying that in time it would die, we have seen that it has been the opposite. Every day we grow a little bit more!

As I said at the beginning, this game made us dream of traveling the world looking for Pokémon, something that was only possible in the original games.

Unfortunately, those days seem to have been forgotten thanks to the COVID-19 pandemic, something that no one expected.

However, rather than giving up, we must visualize a ray of light at the end of the tunnel, since the vaccines are already being administered, which means that very soon (and depending on the local authorities) we will finally be able to meet all again to enjoy the game that has given us so many emotions and beautiful memories.

And while starting to gather in crowds again (as in Community Days or Pokémon GO Fests) seems very far away, at least its seems that we should wait not too long  to start walking through our city again catching them all and being the very best, like no one ever was.

Until then, and even beyond, Pokémon GO Hub is committed to continuing providing you with game news and to always update you on the new world of Pokémon GO.

With nothing more to say… Here’s for another 5 exciting years! 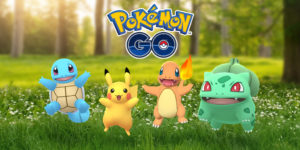