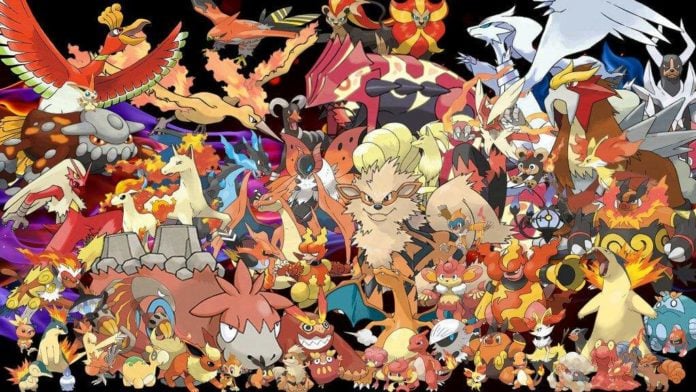 Fire types have always had it rough in Pokémon GO PvP and GO Battle League. The only ones that are currently viable in GBL are Alolan Marowak in Great League, Typhlosion and Charizard in Ultra League, and maybe Reshiram and Heatran in Master League.

Alolan Marowak’s main draws are its Fire Spin fast move and decent bulk combined with awesome Ghost type resistances and STAB (Same Type Attack Bonus) Shadow Ball. Very rarely are its Fire type charge moves used, since they are very weak compared to Shadow Ball. Flame Wheel is actually so weak that it does less damage to a super effective target than a neutral Shadow Ball, yet they both have the same energy cost.

Fire Blast is simply too costly on energy and doesn’t have enough power to make it worth using. Bone Club is also very weak, especially since it doesn’t have STAB, but it gives Alolan Marowak a bait move, which gives the opponent plenty of mind games.

Charizard and Typhlosion realistically are only viable in Ultra League because Blast Burn is such an overpowered charge move. If it wasn’t for that, they’d be sitting on the bench with their fellow Fire types.

Reshiram isn’t terrible in Master League by any means of the word, but it just faces too much competition with Dialga as a Dragon Breath user, which has the same stats but a much better typing that lets it take neutral damage from Dragon type attacks.

Heatran’s role in Master League is pretty much limited to destroying Togekiss and soft-countering Dialga, but Melmetal does both of those things arguably better and isn’t as vulnerable to everything else like Heatran is.

So why are all the other Fire types so bad in PvP?

There are two main reasons: lack of bulk and a moveset to make up for it.

The best Fire type fast moves in PvP (which also happen to be the best in PvE) are Fire Spin and Fire Fang. Fire Spin is an decent combination of damage and energy, having 9 base power and 10 energy gain.

Fire Fang is mostly damage based, having the same damage output as Dragon Breath but generating slightly less energy. The only other Fire type fast moves in the game are Ember and Hidden Power (Fire), but they are very lackluster compared to Fire Spin and Fire Fang.

The best Fire type charge move in PvP (and PvE) is Blast Burn, but it is limited to the starters. Even then, only Charizard and Typhlosion can make the most use out of it since they have very good coverage moves to go with it.

Blaziken and Infernape are too frail and have too specific of a niche to have any serious play in GBL. The other good Fire type charge moves are Fire Punch, Weather Ball (Fire), Overheat and Flamethrower, but the Pokémon that learn them usually have better options to work with.

Although both Fire Spin and Fire Fang are decent fast moves at best, the problem is most Fire types are very attack weighted, meaning their attack stats are much higher than their HP and Defense stats. In PvP, this usually is very bad news since that gives Pokémon very little survivability, which is why a lot of people call them “glassy” or “glass cannons.”

Some glass cannons such as Haunter and Gengar still manage to stay relevant because they have very fast and strong movesets that make up for the lack of bulk, but the fastest Fire type fast move currently in the game is Fire Spin, which is just too slow for most Fire types to compete with.

Not only that, but the current fastest Fire type charge move is Weather Ball (Fire), which most Fire types in Pokémon GO don’t have in their current movepool.

Here are a few ideas, mostly related to move changes or updates:

Since Fire Spin is the most common fast move for Fire types in PvP, updating it to a Snarl Clone would help them out tremendously. This would allow them to reach their charge moves much faster and thus would help to make up for their low bulk. The loss in base power wouldn’t matter too much since most Fire types have high Attack stats.

Similar to the Fire Spin idea, this would help Fire types with their speed problem. Mud Shot is a little bit faster than Snarl but is balanced since it does very little damage.

This would only require increasing the energy gain of Fire Fang by 1. Since Fire is resisted by two more types than Dragon, this would keep it balanced.

80 energy cost for 140 power is just too much. 150 power would give it enough power to justify the cost.

Although it may not seem like much, just 5 less energy would let something reach Flamethrower in 5 turns with Fire Spin currently rather than 6.

55 energy cost for only 60 power is just… Terrible. 40 would make it a slightly stronger version of Fire Punch.

Give Fire Spin to Arcanine and Ho-Oh

Arcanine and Ho-Oh could greatly benefit from having Fire Spin, especially if it gets upgraded to a Snarl clone. Ho-Oh, in general, has always suffered from a lack of any good fast moves, so Fire Spin would finally give it something to work with.

Weather Ball (Fire) is very fast and has good power. Combined with Fire Spin, Ho-Oh could potentially have some use in every league. Charizard could benefit from having Weather Ball (Fire) simply for the fact that it would give it a good Fire move that isn’t legacy. Ninetales’s current movepool, in general, is on the slow side, so having a low-cost charge move would give it more opportunities to shine.

Give Fire Punch to Alolan Marowak

Fire Punch would give Alolan Marowak a much-needed Fire type charge move that is actually good. Since it costs 40 energy, it would take four Fire Spins to reach. This would give it a much better chance of beating very strong Great League threats such as Shiftry, Tropius and Galarian Stunfisk.

Fire types definitely deserve a buff for PvP. What do you think?

I’m curious to see if you guys agree and/or have any other suggestions as to how they can improve. Perhaps there’s another type that you think deserves a buff?