The Lore of the Regi Trio (Part of the Legendary Titans)

This group of Pokémon is also often known as the Legendary Golems, but are also often jokingly referred to as the Trash Can Trio by many Pokémon GO fans.

As a collective, the Regis all share similar names, identifying them easily as a group. This is unusual in Pokémon, there are many trios of Legendaries, but only the Regis share the same prefix. Typically the Legendary trios also often feature Fire Ice and Electric tying, but the Regi trio are Ice Rock and Steel.

All of the Regis have 7 dots that form a pattern of eyes on their faces, inspired by Braille. Braille was used as a cypher in the main series that helped you find the Regi Trio, instructions on how to decode this Braille was included in the instruction manuals.

In the main series all three of the original Regis have access to the ability Clear Body, and they are the slowest of all Legendary Pokémon. The Regi Trio are originally from the Hoenn region.

The Regi Trio in Pokémon GO

In Pokémon GO the Regi Trio are fairly underwhelming. They have chunky defense stats, but sadly lack in terms of their attack stat, so have little use in PVE.

Regirock is outperformed by most rock types, including the relatively accessible likes of Golem. Articuno is a much more preferrable choice to Regice, and with Metagross as competition, Registeel stands no chance in PVE.

Registeel once ruled the Great League in PVP, but a nerf to both Flash Cannon and Focus Blast saw its dominance diminish somewhat. It is still a popular choice for both Great League and Ultra League, and with the introduction of Level 50, Registeel looks like it may be set to dominate the Ultra League once more.

For a full look their stats in Pokémon GO, check out our article here.

The Regi Trio are Legendary Titans or Golems, and as Golems, they may be inspired by the Golems of Hebrew legend. In Jewish folklore, a Golem is created from an inanimate matter, usually something like mud or clay, to become an anthromophoric being. There are tales of Golems in the Talmud, the earliest example being that of Adam (of Adam and Eve), and his being created from dust.

A Golem is often depicted as having an inscription of Hebrew words on its forehead, and this could be seen as the inspiration for the Regi Trios arrangement of dots on their foreheads. Legend says that removing the words on the forehead of a Golem may weaken or kill it.

Golems are often controlled by a Master who has created them, for the Regi Trio, this Master is Regigigas. Regigigas formed the Regi Trio from rocks (Regirock), an icy mountain (Regice) and magma (Registeel), much like the Golems are formed from mud or clay.

The name prefix of ‘Regi’ may take inspiration from the Latin word word Regis, which means ‘royal’.

Regirock is a pure Rock type Legendary Pokémon. It is weak to Fighting Grass Water Ground and Steel, but is strong against Fire Flying Normal and Poison types. Regirock is known as the Rock Peak Pokémon.

Regirock was formed from rocks, and it is said that if damaged it can repair itself using rocks it finds, hence its patchwork appearance. It has a spine of pointy rocks, large shoulders and club like arms. Regirock’s dots form an ‘H’ pattern on its forehead.

Regirock is thought to live in caves or ruins, and was once sealed away in ancient ruins by humans. 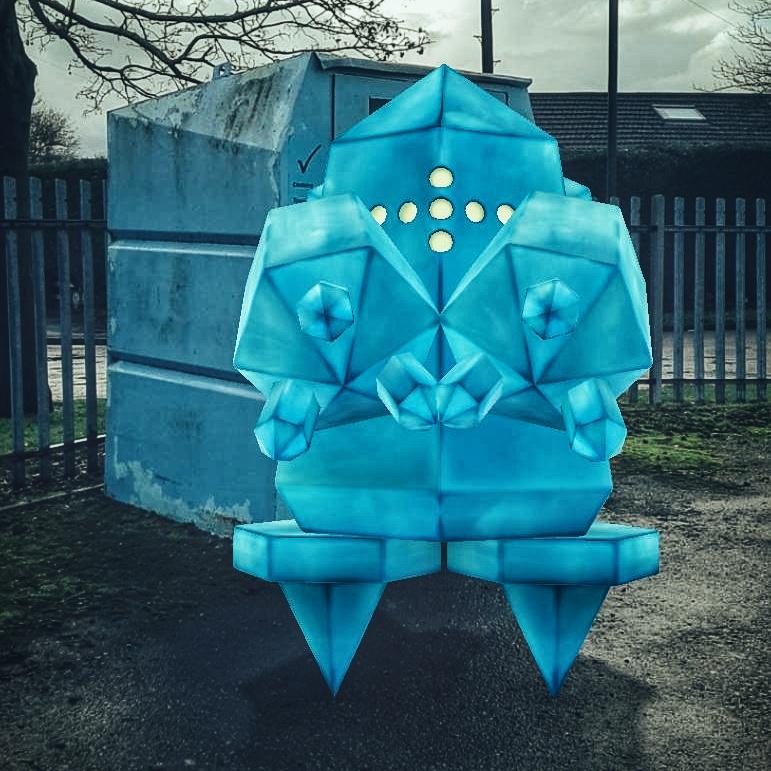 Regice is a pure Ice type Legendary Pokémon. It is weak to Fighting Fire Water and Ice, and is strong against Dragon Flying Ground and Grass types. Regice is known as the Iceberg Pokémon.

Regice is formed from Antartic ice and resembles a crystal. It has four spikes on it’s back, two on each side on its shoulder blades. It stands on two cone like legs that end in points, and in the anime is often depicted as floating in the air. It cloaks itself in -328 degree Farenheit air and will freeze anything that comes near it. The dots on Regices face form a plus + sign.

It is said Regice slept in a glacier for thousands of years, and it was once sealed away in ancient ruins by humans. It cannot be melted, even by fire. 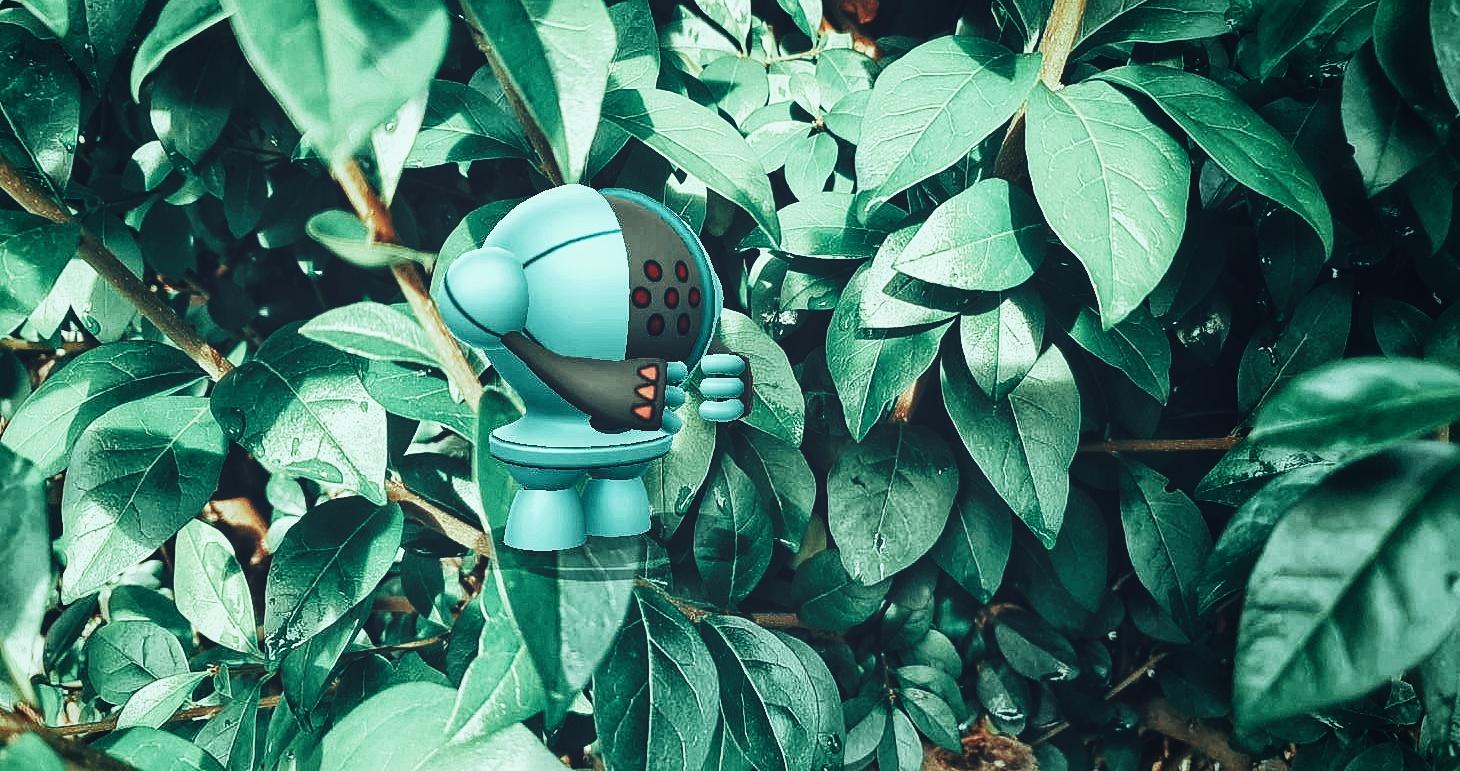 Registeel is a pure Steel type Legendary Pokémon. It is weak to Fighting Fire and Ground, and is strong against Rock Ice and Fairy types. Registeel has the lowest stats of the Regi Trio. Registeel is known as the Iron Pokémon.

Registeel is made of metal that is stronger than any known metal, and it is said to have been formed over thousands of years due to pressure underground. It has a smooth body that is quite robot like in appearance, and it cannot be scratched. The dots on its face are red and make a hexagonal shape.

Registeel was once locked away in ancient ruins by humans, and it is believed to be hollow and empty inside. It is not known if Registeel can eat.