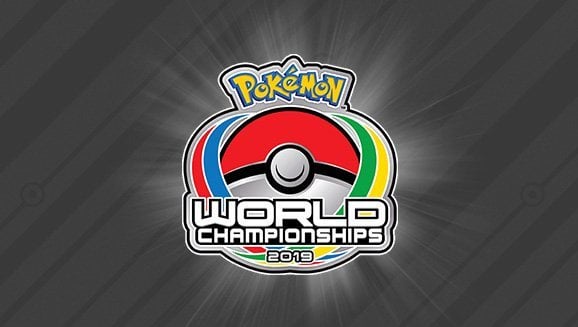 In the early days of Pokémon GO PvP, no one thought about how this feature could become so widely popular. Now that Niantic has confirmed that GO Battle League is coming 2020, it’s important to reminisce on how GO PvP got to the place where it is today.

When the feature first came out there were 2 ways to look at it, the first being that it won’t go far and just stay as a little mini-game within Pokémon GO that required minimal skill or technique, or there were people that saw the bigger picture and could see the true potential of what it could become.

From the moment PvP came out, we were thrown into the deep end without knowing what it could eventually become, we had this brand new feature, but something felt missing…

In the early days of PvP, before there was a meta or a great extent of knowledge on which Pokémon were good or not in battle, we had to just experiment vigorously to determine the outcome of different Pokémon and scenarios in battle. Not much was known about it nor did we expect the Great League to become the primary format for Competitive Play, thus we powered up to our hearts content anything we thought would be a solid pick for PvP.

Days went on and we started to discover Pokémon that were just simply outperforming the rest. Pokémon such as Altaria, Poliwrath, Charizard and Kingdra were among some that stood out from the rest, becoming popular due to people discovering their strengths being unmatched to others that were also starting to rise in popularity.

Not even a month went on before the first-ever official Pokémon GO PvP Tournament hosted by the Silph Arena and was commentated by Trainer Tips and Mystic7 which went on to undoubtedly change the way we think about this now ever-growing feature in Pokémon GO.

We saw first hand the unique and intricate play styles that different trainers were performing right in front of us and also how they used certain Pokemon in different situations.

From that day forth, a new era of competitive players were born. We as a community saw the potential it could grow into. Comments such as “I hope this will become a thing” and “I honestly didn’t expect much of this… however I was certainly entertained” began to surface as we all eagerly awaited what would come next.

The Beginning of Something Big…

The 6th of January 2019 was an exciting day for the PvP community. This marked the beginning of the first-ever Themed PvP Ranked Tournament that was named The Boulder Cup.

This tournament was assembled by the Silph Arena that provided tens of thousands of trainers around the world a specially-designed competitive challenge and a chance to prove they’re the very best. This was a huge opportunity to show your local community the skills and knowledge you had obtained about PvP and put it to great use!

This tournament implemented it’s very own unique set of rules that made trainers build a team composition that featured only Rock, Ground, Fighting, and Steel-type Pokemon, and had to meet the requirements of being under 1500 CP to qualify in the Great League format.

Players found a certain meta that revolved around The Boulder Cup, Pokémon such as Medicham, Skarmory, Gliscor and Steelix with other counters, began to start playing an important role in taking down your opponent and being victorious in battle.

Communities all around the world gathered as they hosted their very own Boulder Cup tournament and had a taste of the competitive side of Pokémon GO that not many people really expected from a phone app.

With the global success of The Boulder Cup, The Silph Arena went on to host another 9 tournaments including The Mirror Cup, each with their own specific theme and ruleset, which lead to the all-important tournament that required only the best from each area to be invited personally to this renowned event, The Season 1 Regionals.

The Season 1 Regionals was a test of dexterity and knowledge, thousands of trainers had put their skills to the test, and the best among them were to be invited to battle it out at the Regional Invitationals.

Competitors could use any typing from the previous cups which were the Boulder, Twilight, Tempest, and Kingdom Cup which enabled competitors to construct an outstanding team composition. The winners from this tournament had an opportunity to compete in The Season 1 Championships.

In my home town of Perth, Western Australia, we have managed to form a strong group of local trainers that participate in these monthly tournaments, we have all become good friends and are welcoming of new players that are interested in joining the competitive PvP scene. We have got local governments involved in sponsoring smaller community venues which shows that anyone with enough dedication can put together these events.

The community organisation that has gone on since the release of PvP has been outstanding, we have managed to turn PvP into a highly competitive environment that is welcoming enough for new players but challenging enough for veterans as rivals grow stronger and have a deeper understanding of game knowledge and mechanics.

We’ve managed to host and plan tournaments all around the world, we have surely kept the flame alive. It is the community after all that is the most crucial factor for PvP moving forward as a competitive scene, without the help of trainers participating in local tournaments and events, PvP would not be thriving as well as it is today.

The Potential of an eSport

On August 16th, 2019, The Pokémon Company hosted the Pokemon World Championships in Washington, DC, which was the most prestigious PokémonGO PvP event to date.

It was an invitational tournament hosted by the official Pokemon Company that was live-streamed to the masses and featured a vast amount of well-known competitors in the Pokemon community such as Junichi Masuda (Game Freak Director), Shigeki Morimoto (Game Designer for Game Freak), PogoKieng, UnlistedLeaf, Strawburry17, Yamada and Poké AK.

PogoKieng reigned victorious after beating Poké AK 3-0 in the Grand Finals. The humble champion was not phased about claiming his new title, he was more thrilled to just be part of the event. The layout of the tournament and how well the whole event served as a great advertisement in itself showed what competitive Pokémon GO matches could look like.

Professionally organized events that are showcased at this magnitude, demonstrated at the Pokémon World Championships pave the way for Pokémon GO PvP to become a possible eSport in the future. PvP is definitely heading in the right direction to become an eSport; however, as of now I personally feel as though it is not quite there yet.

There are many factors to take into consideration for it to be fair for everyone involved, take for example City vs Rural players. City players will have the advantage naturally due to the location they live in, with many more spawns and opportunities to have a Pokémon with the ideal IV’s for PvP compared to a rural player that won’t be as fortunate, will have an impact on the potential eSports scene as a whole.

Equality is everything when it comes to a competitive scene. When people are inspired by one another, they want to be able to follow in their footsteps, and if someone doesn’t have the same equal opportunity as one another then that’s when people lose interest.

It’s been suggested for Pokémon GO to become an eSport, we would need to be able to have some sort of control over IV’s. Take for example @SwgTips Tweet regarding the topic.

Our prayers have been answered with the brand new announcement Niantic has just released at the time of writing this article, Global PvP!

Pokémon Go developer Niantic has yet to share too many details about the upcoming changes but said the new online PvP system will be called the Go Battle League. The announcement post said players “will be able to walk in order to earn entry into the Go Battle League” meaning in order to participate, trainers will have to explore venture outdoors and get walking if they want to join what could possibly be the biggest Pokémon GO PvP online event to date.

We can only wait to see what lies ahead for the future of the GO Battle League. One can only hope that new features and mechanics will be implemented along with a brand new online ranking system. Could this be the beginning of Pokémon GO PvP becoming a worldwide eSport? we will soon find out in early 2020.

Now is the perfect time to begin your PvP journey to practice for the GO Battle League and also to start your journey in the Silph Arena as the start of Season 2 has just begun, kicking it off with the Halloween themed tournament, The Sinister Cup.

For now until the release of Global PvP, communities as a whole will continue to host events all around the world, help introduce new members into the scene, battle it out until our phone screens crack from spamming quick moves and of course to learn more about what it takes to be the very best (like no one ever was).