When it comes to Niantic and Pokémon GO, sometimes it feels like they have missed the mark, whether it be on updates, releases, content, or new additions, Trainers always seem to find a way to blame Niantic. The question is, however, are we to blame Niantic? And if so, what must they do to fix their mistakes? “We Need To Talk” is a new article series on GO Hub that takes a look at the current issues the community has and opens the conversation for Niantic to do more.

This time around we will be talking about the recently completed Feebas Day event, what went wrong, and what can be done for similar events in the future. Even though this is more of an analytical overview, if you want to see some real opinions on the matter, check out our “GO Hub Reacts to Feebas Day” article. 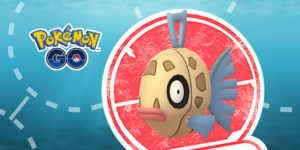 To start off, I’m taking a look at the event itself, its Concept, and seeing how the general idea functions. This is a quite the text heavy article, especially this section. I ask that you bear with me and read it all the way through to get the big picture.

Feebas Day was an event that occurred on January 19th during a 3-hour window, similarly to Community Day. The event itself was comprised of Trainers spinning Pokéstops, getting Feebas Day related missions, then completing said missions in order to get a Feebas encounter. As mentioned on the Pokémon GO official notes, these encounters could also give Trainers the opportunity to encounter a Shiny Feebas, which in of itself inspired many Trainers to participate where they might not have before.

Feebas Day as seen on the Pokémon GO Website seems to have been the first event in what could possibly become a series event (such as Community Day), named Limited Research. It is unclear how often we would encounter a Limited Research event, seeing as this was the very first of its kind, I and the rest of the community have called this such instance Feebas Day.

In concept and theory the idea of such an event seemed great, however the way it was executed did not reach many Trainers’ expectations, in fact, many left the event disappointing, frustrated, and fuming online. 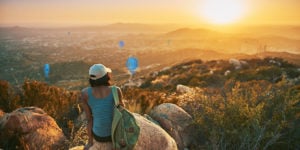 The most notable issues with the event for many Trainers seemed to be the Limited Research Task missions that they were given. While some were easier than others, we will see why they were considered flawed.

The Feebas oriented Research missions went as followed, please note I also do an analysis on each of these individually:

When it came to the Research Tasks, they truly felt like a task (shocking, right?). Let me explain, research tasks are not only meant to reward you with something, but they are supposed to make the process of obtaining that reward worth it. Whether that be inciting you to do something fun such as trading with a friend, engaging in a raid battle, or even looking through your Pokémon Storage box and figuring out what to transfer.

The point is, these tasks weren’t really engaging. They forced you to walk a lot, and to catch anything and everything in sight, which even though that is the main purpose of Pokémon GO, trainers didn’t feel engaged. They felt pressure, stressed, and angry.

One thing to note is that everything above, numbers wise, is based on if you do not use the quick-catch trick. Considering it has not been publicly condoned by Niantic, making it a bug, essentially, if you want to get more Feebas, Niantic would indirectly be inciting Trainers into exploiting a bug.

Personally, based on these occurrences, I would call the Research Task missions for Feebas day a failure, not a complete failure, but a failure nonetheless.

Easily the biggest draw for Trainers to participate on Feebas Day was the thought of getting its Shiny variant, something many Trainers such as myself looked forward to on this event.

When Feebas Day was announced, many Trainer’s eyes solely went to the mention of “Shiny Feebas”. Which in today’s Shiny Pokémon GO world, can you really blame them? A day with increased odds of getting what would soon become a rare shiny encounter was more than enough to get Trainers out and about, and in some cases, even more so than what we usually encounter on Community Day.

Unfortunately, just like every other shiny rate in Pokémon GO, there is no concrete number, nothing we can take a look at as a reference, nothing that can be 100% conclusive. However, as time has gone on, the community has done more than a good job at taking polls, registers, and accounts of their own shiny rates, giving us a rough idea.

Generally, most Trainers can agree that a regular Shiny rate in Pokémon Go is somewhere between 300-500, however, based on what appears to be RNG luck, you may encounter your shiny much sooner than 300, or much later after 500. Based on one Reddit user’s findings, it appears that the average shiny rate on Feebas day worldwide was 1/22.5 Encounters. However, it seems that these odds were changed drastically for the European, Middle Eastern and African regions, being on average 1/35 Encounters.

Take into consideration that these numbers are the best that the community can come up with right now. You and others in your community may report much different odds, with some Trainers reporting encounters with Shiny Feebas within the first 10 completed Research Tasks, while others mention going out with multiple friends, and none of them getting any Shiny Feebas for any of their countless missions.

With what seemed to be a varying Shiny Rate, and no concrete numbers, we have to rely on what we saw. I feel like the Shiny rate was too low, and with the hard to complete missions and the reliance on the amount of Pokéstops, successfully finding your Shiny was more than a match.

Based on the general numbers we have, it was going to be a struggle, either way, to get that many missions from that many stops. I know many of us have our heavy grinding spots, but those that don’t stood little to no chance on Feebas Day. My opinion, one of the only reliable solutions is to increase the Shiny Rate, making it more fair for Trainers with as many or as little Pokéstops as they can reach. When it comes to the Shiny Rate on Feebas Day, I would consider it to be a somewhat failure.

Many Trainers weren’t surprised by the amount of time that was announced for Feebas Day, being a 3-hour event, most of us have already grown used to the usual Community Day events, and have no issues with going out for the 3-hour window. Unfortunately, it didn’t seem to work the same way here.

Upon the announcement of Feebas Day Trainers were given notice that the event would last a total of 3 hours, the usual time we would see on a one-day, one-time event, because of this, many Trainers went out some time in advance to prepare, making sure not to spin any Pokéstops on accident, nor complete any research task.

The event started at the usual Community Day time-frame, with all the Pokéstop Tasks changing to the new Feebas Day oriented ones, it was at that moment that Trainers were baffled by the exact requirements of said Research Tasks.

It became clear that with the Research Tasks and the Shiny rate, the 3-hour window was going to be a challenge for Trainers, not their usual Community Day commute.

When talking time there are only really two options that Niantic could go with, one is increasing the time that you can interact with the Pokéstop missions, but only increasing Shiny rates at a certain time period, and the other is completely increasing the event duration.

In my opinion, if Niantic plans to keep things as they are, they will have to increase the event duration, 3 hours caused too much mayhem for people to actually enjoy the game and enjoy the event. For these reasons, I must consider how Niantic dealt with the timing of the event as a big failure.

Let’s get one thing straight, no matter what your perspective is, we can all agree that Feebas Day had its good and its bad. While some Trainers might have focused on time, others on missions, or others and Shiny rates, myself and others have to accept that this event was flawed. Although it seemed to bring in a great idea, I for one do not plan to attend the next one if Niantic changes nothing from this first event.

Even though I may be hard on that stance, Niantic isn’t stupid (although many like to joke that it is), I am certain they have learned and will continue to learn from this mistake to make future Limited Research Events a grand and engaging sight.

We can’t forget though that we as Trainers not only have the power to play, but we do have a voice, I am sure you have seen many people griping about these issues online, but unless the Community can agree on changes we want to see, Niantic will not enforce them later on.

What are your thoughts? How do you think Niantic did with Feebas Day? More importantly, what was Feebas Day like for you? And finally, what solutions do you think would have saved Feebas Day?