It’s Time for a Legendary Defense 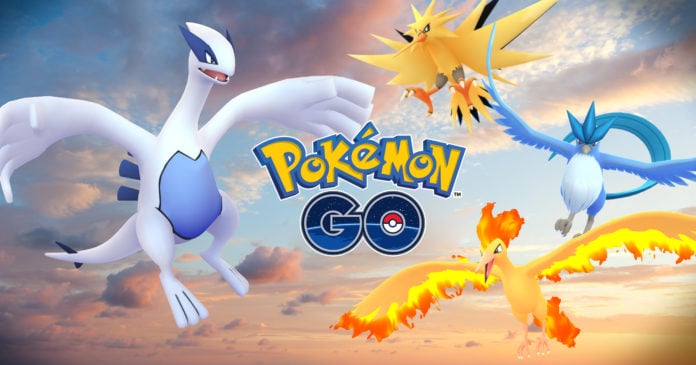 It has been many months since the first Tier 5 raids arrived with Lugia and Articuno. Since 2017 Pokéfest we have had nearly four generations worth of Mythical and Legendary Pokémon to add to our collections, but only to be used to attack in Gyms, Raids and more recently each other. I think this needs to change and this article offers a concept I’ve been thinking about for a while… Inspiration.

What makes a Legend a Legend?

In a broad sense being a Legend means to be very famous and admired by many. They are awe-inspiring and you, as an individual, want to do better and try harder in their presence.

If we take this and apply it to Pokémon, why wouldn’t regular Pokémon feel inspired to perform better in the presence of a Legendary Pokémon?

This is the basis of my concept, Legendary Inspiration — a new mechanism to use a Legendary or Mythical Pokémon to apply a temporary Buff to a Gym.

Remember that Legends don’t like to be away from you; they will inspire all defending Pokémon at a Gym and then return. While the Legend is Inspiring a Gym, it will not be available for any other activity, such as trading or attacking.

As a Legend will only Buff the Pokémon at that Gym for a limited amount of time,  there will be cooldown once the buff drops off before another inspiration can be applied. The Buff cannot be extended with berries or other mechanisms. This way a Gym under your control cannot be boosted indefinitely.

So what do Inspirations do?

The strength of the Buff will depend on your Gym Badge. If you are inspiring a Gym with a Bronze Badge, the buff will not be as strong as one if you had a Gold Badge. Also, the Size, Weight, Moves, and Types of each Legendary will adjust the buffs awarded.

The level and IV of the Legend has no impact on the Buff.

The following Pokémon populates a Gym, you currently have a Bronze Badge for this Gym, and it’s under your team’s control

Having gotten a Pokémon into this Gym, you want to Inspire it as there are no buffs currently active. You select a Heatran to inspire the team which will have the following effects.

If the Heatran used to inspire was Weight or Size XS/XL then a Generic Buff would also have been applied. Let’s see how in our second example

For the sake of quick reading we will assume this Gym only has two defenders, Pokémon added would have any buffs applied retrospectively.

Again you have a Bronze Badge for this Gym

You decide a Zapdos would be best to inspire the team as Rotom (Fan) shares two types with the Electric & Flying Legend. As the Thunderbird has been in the game for a while, you happen to have a few of them; one happens to have an XL Weight.

Let’s see how the two differences would affect this Gym

In this fashion, there is much more reason to keep more than one version of each Legend, or trade for one even if you have a high IV version.

How does this affect attacking Pokémon

So this seems a bit one-sided, the most natural thing would surely be just to let the buff wear off and then attack. That is indeed one option, especially since certain buffs will make it that much tougher to take down a Gym… but in a way that’s the point. We need to make some things more of a challenge.

Well, as an incentive for taking on a tougher challenge there are some suggested perks to defeating an Inspired Gym. Upon conquering the challenge, a more extensive array of rewards will be available.

We have several tasks which are Gym related, ranging from the easier BATTLE IN A GYM to the more time-intensive USE A SUPER EFFECTIVE CHARGED ATTACK IN 7 GYM BATTLES.

Such a new mechanic would open up a new option for tasks such as DEFEAT A GYM UNDER THE INSPIRATION OF A LEGEND. This could be used to trigger rare rewards or encounters.

I know the first comments to my theory will be something along the lines of “Why not just add a slot to add a Legend to a Gym” or “Just allow us to use them the same as any other defender.” Well, the reasons for not doing in the first place still exist. We do not want every gym globally full of 6 of the same Legendary’s or interspersed with the current 9-10 constant meta contenders. Having a mechanic like this would allow the player to think more tactically about the bonus’ which would be applied to the Gym… and adding just another Pokémon in a slot would not offer anything different than introducing a new Generation.

So there we go. Our Legends can be Legendary and not just to be used as cannon fodder to sweep gyms and raids. Also, we have another method on how to source candy for Legends beyond Rare Candy.

Some Legendary Pokémon are more valuable than others in the current meta, rarely do we see Pokémon like Creselia, Celebi, Regi’s used but with a mechanic like this all Legends become valuable… and utilising their attributes as well as types and moves will give more reason to have more than just the obligatory “one of everything.”

I would love to hear further feedback on this.