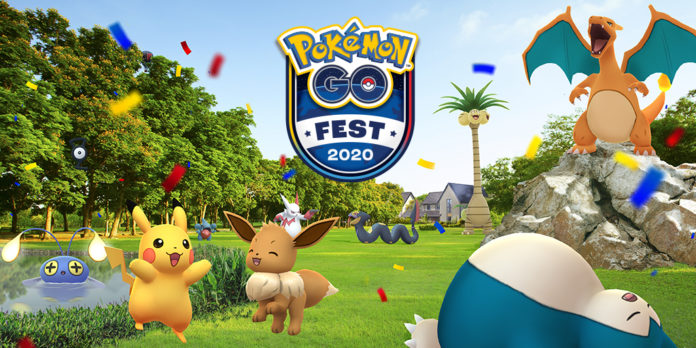 With the first ever At Home Pokémon GO Fest looming ahead, it seemed right to get hyped and wildly speculate about what that mysterious Day 2 could feature! There has been a lot of recent updates in the APK that could potentially hint at things to come, and social media has been rife with theories, so here are some of our hopes and dreams for Day 2 of GO Fest.

Please be aware that everything posted here mentioned in an APK has been publicly reported by data miners (PokeMiners). Information shared through these channels is not affiliated nor approved by Niantic, and is always subject to change. Do not take it for granted, features change and get scrapped all the time. It is very important that you are aware that these things CAN and WILL CHANGE. Additionally, this article contains my thoughts and opinions in regards to the code that was shared online – all of these should be treated as conjecture, not as hard statements. If you’re OK with that, feel free to read further. Potential spoilers ahead. This is all wild speculation!

Every GO Fest has brought with it new and unreleased shinies, and only 2 Pokémon featured on the official artwork that don’t have their shiny forms released, could it be Unown? Shiny Unown has definitely become a popular theory online due to the recent update in the APK to how Unown’s Pokédex entry appears. Could this mean that we not only have the chance to finally get Unown spawns as part of a worldwide event, but also shiny Unown? Unown is such a rare spawn that many people have never seen it, I still remember the day I happened across one when out running errands and the excitement I felt, unmatched by any other wild spawn ever! GO Fest is going to be the first time a lot of people are able to register Unown to their Pokédex, and realistically, the only chance most players would ever get to encounter a shiny one would be at a worldwide GO Fest like this with them as a common spawn because they are so ridiculously rare that a large amount of players have never even seen a wild Unown outside of a Safari Zone or GO Fest. Every Safari Zone and GO Fest has spelt out something with Unown spawns, and they feature in the official GO Fest promo art, so we are fairly confident about seeing worldwide Unown spawns, but the shiny? We can dream! 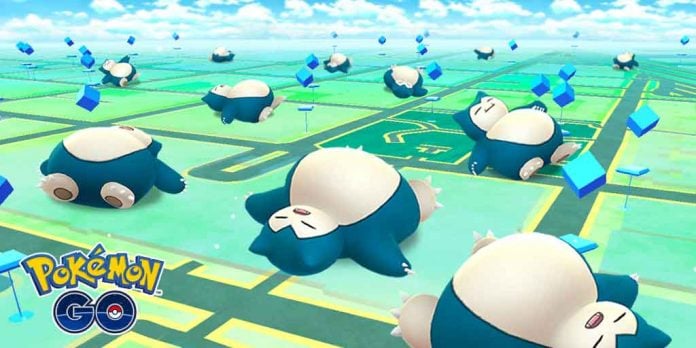 The other Pokémon featured that doesn’t yet have it’s shiny form released in game, is Snorlax, specifically in this image, the sleeping Snorlax we saw in March 2019 as part of the Snorlax Snooze Event which was to promote the recently announced (and never mentioned again!) game Pokémon Sleep. Could we see not only sleeping Snorlax return to the game, but the shiny version too? While Snorlax does have a baby form in Munchlax, it’s becoming more common to see evolved forms have their shiny in the wild too, as seen recently with Clefairy, Sudowoodo, and even Gyarados briefly. Snorlax fans have been begging to see Shiny Snorlax in game for so long, and as it is more meta relevant than ever with Premier Cup, could it finally happen?

Gible is another Pokémon that features in the official artwork, and as the shiny dropped unexpectedly, potentially meaning we won’t get a Community Day for this rare spawn, it seems a fairly safe guess to assume we could see a large amount of Gible spawning for GO Fest. Gible is top of a lot of people’s lists for their shiny wants, especially for anyone who keeps a living dex, so let’s keep our fingers crossed for prolific Gible spawns!

GO Fests and Safari Zones traditionally feature a regional Pokémon spawning outside of their region, and as these two featured in the official artwork, we think they are a fairly safe bet to spawn worldwide. Their shiny forms are already released, but as both are a rarer spawn in their regions, increased spawns of both worldwide for the event would be a popular choice!

With every Safari Zone and GO Fest, we’ve had new shiny Pokémon introduced into the game. With the weekly challenges in the run up to GO Fest giving us specific Pokémon as guaranteed spawns, we may see some of their shiny forms released! Some of the Pokémon we unlock with the challenges aren’t Pokémon people might be that happy about (ferroseed anyone?), but with potential new shiny Pokémon, it would certainly be a new way to make us care about them!

With Week 1 successfully unlocking Chimecho, Alomomola and Chansey, that is two potential new shinies as Chansey is already available as a shiny wild. Chimecho and Alomomola are both great shinies in my opinion, and making them available would encourage people to catch them more!

Week 2 has also now been confirmed as successful, with Alolan Grimer, Alolan Marowak, and Ferroseed unlocked as spawns. Both Alolan Pokémon have been greeted with great joy as they’ve never spawned wild before and have their shiny forms available, leaving the often unloved Ferroseed as the potential new shiny. I don’t know about you, but with no shiny, there would be little incentive for me to click on Ferroseed during GO Fest, but the shiny is another fantastic family, and it would be awesome to see it released and let Ferroseed gain back some love it lost after it’s recent appearance in the Breakthrough Research box!

With Week 3 underway, we have the potential to unlock Togetic, Dratini and Litwick as spawns for GO Fest. Togepi is already shiny in eggs, so we could see shiny Togetic in the wild for the first time, and Dratini was one of the OG Community Day shinies, leaving Litwick as the potential newbie! Litwick is a hugely popular Pokémon and I know people would be seriously hyped for the shiny release. We’ve seen the precedent of a rare Pokémon having their shiny released without the expected Community Day with Gible, so maybe Litwick will get to shine for GO Fest! While Litwick and Lampent are more subtle changes, I’m sure you can agree that Chandelure is a fire shiny! (get it? I couldn’t resist).

Could we see a Team GO Rocket themed Day 2 with wild shadow Pokémon for the first time? Team GO Rocket have become more of a feature recently with the balloons, and there are a lot of shadow Pokémon featured in the game that can potentially be shiny, so what’s stopping them from being in the wild for an event? We’ve had raid exclusive Pokémon spawn in the wild before for GO Fest and Safari Zones, like Absol and Mawile, so it’s not unheard of for something normally raid or battle locked to suddenly be wild. It would be so fun to see their shadows on the map! Team GO Rocket do feature in the official artwork, with just a hint of their balloon hovering behind the trees to the left, so expect to see them feature somehow. 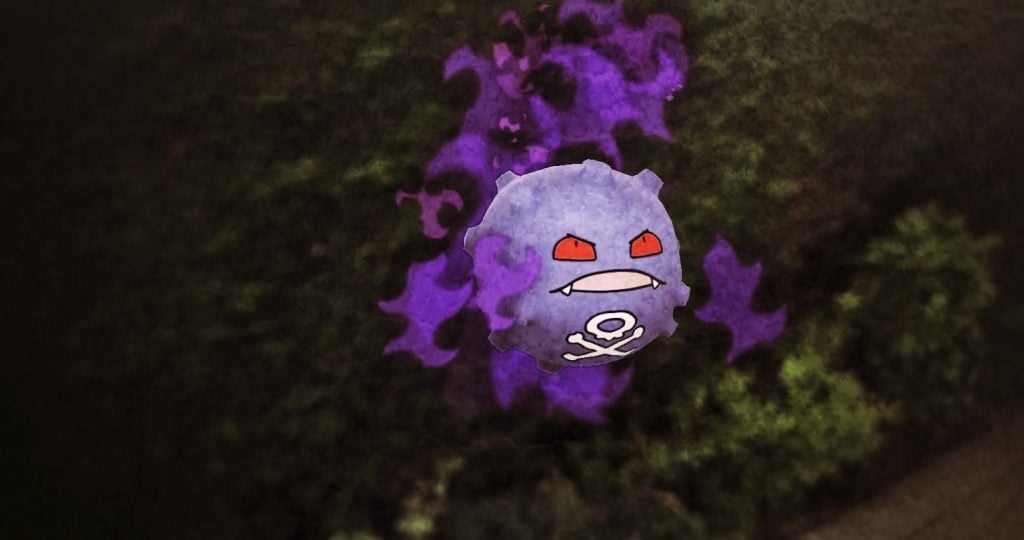 Now let’s get really wild, we know Shadow Mewtwo has recently been added to the APK, and with raid invites finally live, players in lockdown finally have a way they can raid safely. Could Shadow Mewtwo be coming to raids as part of GO Fest? It would explain the remote raid invites being available before GO Fest, as well as the ability to see which of your friends are online! Pokkén introduced us to the amazingly cool Shadow Mewtwo that is black with a yellow tail tip and shoulder piece, but as this was not made by the Pokémon Company, it seems more likely that we would get regular Mewtwo with the purple smoke, grumpy mouth and red eyes that the current Shadow Pokémon sport. We did get Armoured Mewtwo from the Animé, so there is potential we could get a more exciting shadow version of Mewtwo, will it happen at GO Fest, and could it even be shiny? Shadow Mewtwo as a potential raid boss rather than a Team GO Rocket battle makes sense as Shadow Pokémon are so powerful, that Shadow Mewtwo in a Team GO Rocket battle might well be impossible, so raids would be another way to introduce it to make it more obtainable. 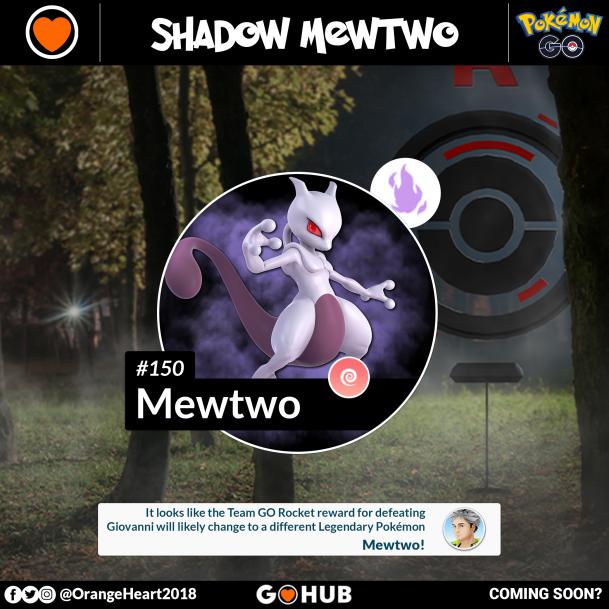 Niantic have told us that Mega evolution is coming, so could GO Fest Day 2 be the day? They were teased in the 4th Anniversary artwork, and have been specifically mentioned as coming this year in the Pokémon Presents, with the tease of a Mega Stone. Now the Anniversary artwork is always a notorious tease, having featured future generation Pokémon every year, but typically those Pokémon don’t come out for many months. We’ve got so much not released from Gen V, but they teased Gen VI! We could be in the same boat for Mega evolution, and it may be several months before we see anything more about them in game, but how cool would it be for them to drop with GO Fest? The hype! 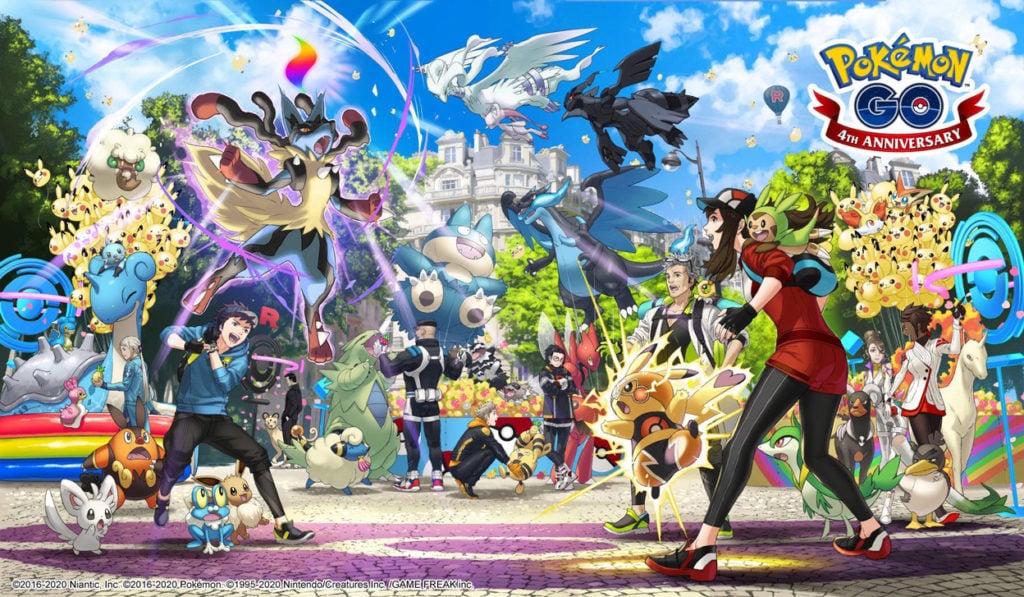 We know Victini is being released at GO Fest, so it seems the obvious reward for the Day 1 research, much like Mew and Celebi were at their respective GO Fests. With Day 2 teasing a second, different research line, could we, for the first time ever, see a second mythical Pokémon released at GO Fest? Gen V has a lot of mythicals, and we have still only had 1 of the mythicals from Gen IV! From Gen IV we are still missing Manaphy, Phione, Shaymin and Arceus, keeping in mind Shaymin has 2 different forms and Arceus has 17! We have a lot of Gen IV mythicals to get through still.

As Victini is Gen V, from Gen V we are also missing both forms of Keldeo, and Meloetta, and the other forms of Genesect.

Could we see the first ever 2 day GO Fest releasing 2 brand new mythicals, one per day? Who knows? Wild speculation is fun!

Do you have any of your own theories about what Day 2 of GO Fest could bring? We’d love to read your ideas too. Remember, this whole article is speculation, none of this is confirmed, but is simply the hopes and dreams many of us have for GO Fest!