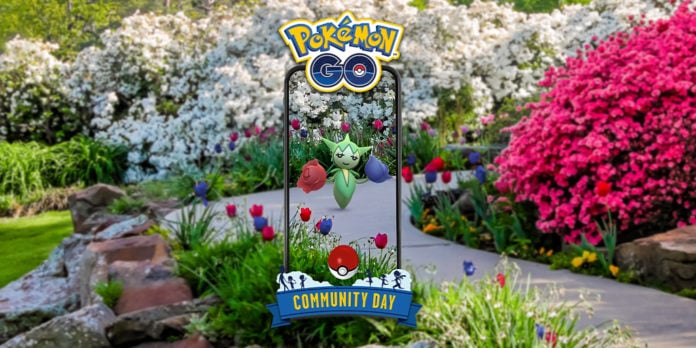 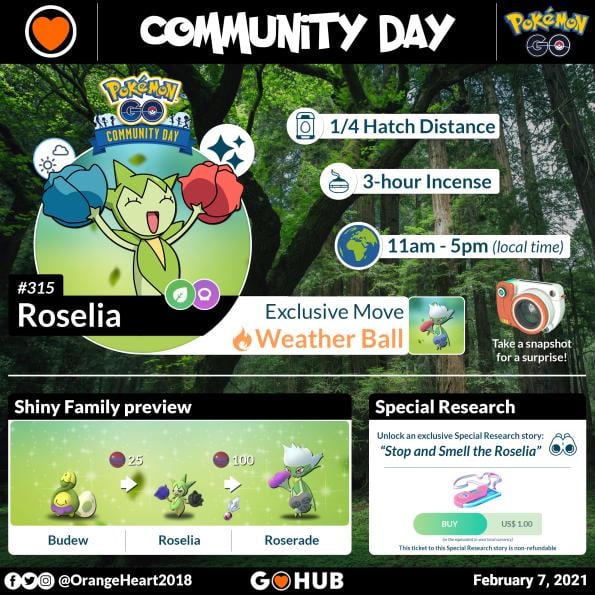 For US$1 (or the equivalent pricing tier in your local currency), you’ll be able to access the Roselia Community Day–exclusive Special Research story, Stop and Smell the Roselia.

Bonuses During the Event

Weather Ball is a 3 bar charge move, with a base power of 60 in both PVE and PVP. It requires 35 energy to charge.

Gaining access to Fire type Weather Ball is an interesting choice for Roserade in terms of PVP. It gives it some interesting coverage, giving it a weapon against the Ice and Bug types it is weak to, and giving it an advantage over other Grass types it may come up against. It also gives Roserade an effective move against Steel types, giving it potential as a Registeel counter.

Currently Roserade isn’t particularly a highly ranked Pokémon in Great League or Ultra League, so it will be interesting to see if these moves updates make Roserade a spicy pick!

In PVE Bullet Seed deals 8 damage and generates 14 energy towards a Charge Attack. It has a 1.1s cooldown and it deals damage between in the 0.85s to 1.05s animation interval.

This means Bullet Seed charges much quicker than Razor Leaf, making it a great choice of Fast Attack for PVP even though it deals less energy, getting you to that much needed Charged Attack much more quickly.

We have no information on the Tasks and Rewards for the Roselia Community Day Special Research. Please come back later for more information.

UPDATE: This note has now been removed from the original blog post about Roselia Community Day.

Niantic have the following message for trainers in their blog post: