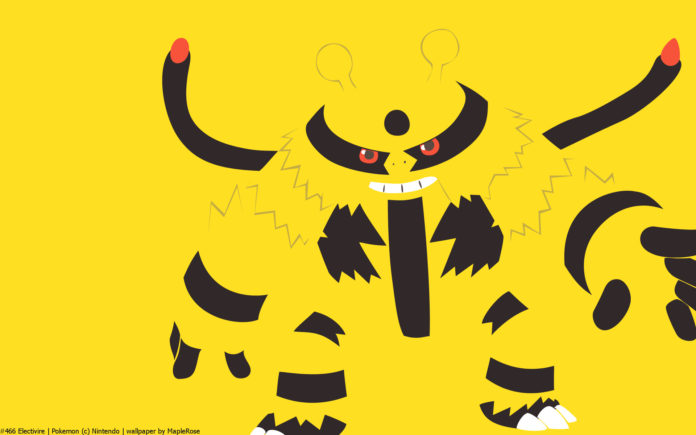 Pokémon GO Electivire is a pure Electric type Pokémon. Electivire has a MAX CP of 2904, paired with an ATK of 249, DEF of 173 and STA of 150, which puts it as the best attacking Electric type in the game (not including the Legendary Pokémon Raikou).

Electivire evolves from the previously introduced Gen 1 Pokémon Electabuzz and will likely take 100 Candy to evolve. However, Electabuzz could evolve only if it was traded while holding an Electirizer, which mean we may see either a new evolution item or some other method of evolution.

According to our simulations, Electivire will be the second best (*) non-legendary Electric type attacker in the game once Generation IV starts. With more Stamina than Jolteon and Magnezone, and an Attack stat that tops even Raikou, we expect Electivire to be a high DPS attacker, with slightly better TDO than Jolteon.

Let’s take a tabular view of Electivire’s viability and how it sizes up to some of the other popular Electric types in the game.

(*) On paper, Magnezone takes the cake as the best non-legendary Gen IV Electric type due to it’s amazing dual typing, which grants him 9 resistances and two double resistances, two weaknesses and one double weakness: Ground. However, we believe that the final meta placement between Electivire and Magnezone will heavily depend on their moves more than anything else.

Electivire’s great attack stat and slight stamina increase when compared with Jolteon imply that Electivire will replace Jolteon in offensive teams that are not already a full Raikou team.

Although there is no certain way to know for sure what moves Electivire will have, we can look at its main series move pool, as well as the moves other high end Electric types already have access to, and we can compile a list of possible move sets for it:

The chart below will help you visualize what weather is beneficial or harmful for Electivire.

Electivire’s Pokedex entries from various games give insight as why it is called the “Thunderbolt” Pokémon.