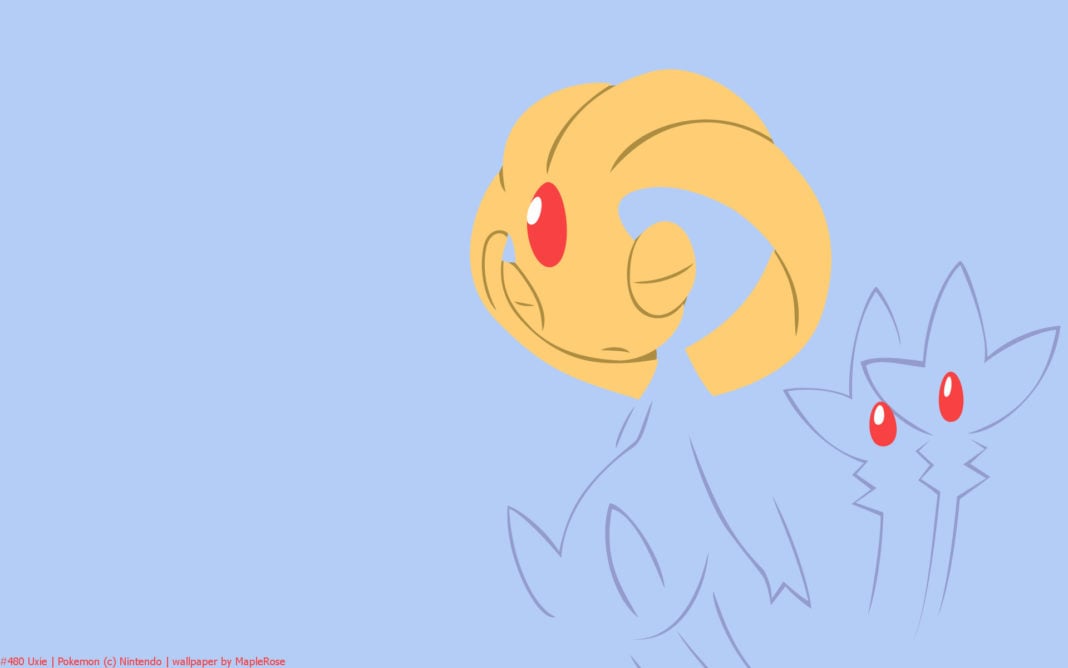 Uxie is a member of the Lake Trio with Azelf and Mesprit, a legendary trio introduced in Generation 4. Uxie is a Psychic type, meaning it is weak to Dark, Bug, and Ghost types, while resisting Fighting and Psychic types.

Uxie is boosted by Windy weather, and leads to its capture CPs being in the following ranges:

Uxie has a stat composition of 156 Attack, 270 Defense, and 181 Stamina leading to a Max CP of 2524. What this means is that, in comparison to a middle of the road Mesprit and the attack oriented Azelf, Uxie is going to be the hardest of the group to take down.

It appears that Uxie cannot be duoed, even with Fog weather boost and friendship bonuses. Gengar would be the only current option in that regard, but the numerous rejoins may hinder that effort. We would suggest you take on Uxie in groups of 4-8, for high level players, or 9-20, for lower leveled players.

Uxie has access to the following moves in Pokémon GO:

Unlike the surprise of Azelf with Fire Blast, the move sets you can encounter won’t be much of a shock to players and your teams can remain consistent in counters no matter what move Uxie has to hit you with.

Windy weather will bring you a boosted encounter, although it means that Uxie will hit harder with its wide variety of Psychic moves. Otherwise, your beneficial weather types will be Rainy and Fog, although Rainy will boost that oddball Thunder in Uxie’s moveset.