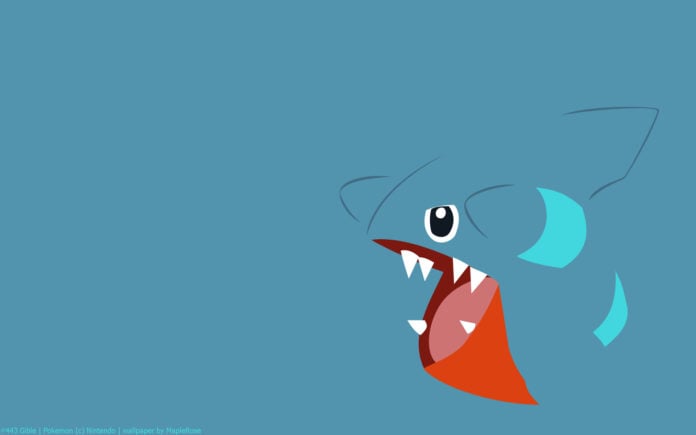 Gible is a Dragon and Ground type Pokémon. Based on the stats of his last stage (Garchomp), comparing with the previous generations, it should be extremely hard to find in the wild.

As most of the 3 stages families, it should take 25 candy to evolve into Gabite.

Gible, as a first stage Pokémon, won’t make much of the weather boost. On the other hand, being a dual type Pokémon, is great news for trainers. This means that we can easily find it in two different weather conditions Sunny and Windy.

Despite it not being a relevant attacker or defender, here’s a list of the moves Gible will have access to according to the game master:

Shiny Gible will be easy to spot, since its shiny version has garish colors. The blue on its body is more alive and its torso is yellow instead of red. Despite that, we would bet that it won’t be available anytime soon. Maybe Niantic will save that up for a Community Day as it did with Dratini, Larvitar, and Beldum.

Gible, the Land Shark Pokémon. Gible once lived in the tropics, and to avoid cold it lives in caves warmed by geothermal heat.
– Khoury’s Pokédex