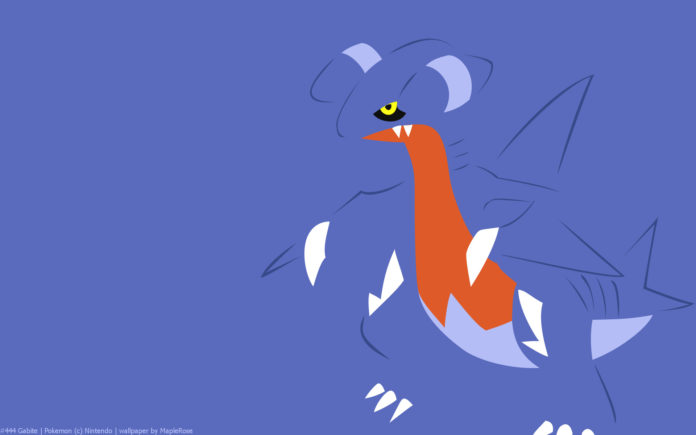 Gabite, as its previous stage (Gible), is a Dragon and Ground type Pokémon.

As with most of the 3 stages families, it should take 100 candy to evolve into Garchomp.

Gabite, having a Max CP of 1874, with an ATK of 172, DEF of 125 and STA of 169, will be stronger than most Pokémon in the game. However, it still won’t have much utility other than being a great option to be placed in gym’s in order to farm candy by feeding berries.

As a middle stage Pokémon, Gabite won’t benefit that much from the weather boost. His dual type won’t mean much either. It will be hard to find, even benefiting from two different weather conditions, Sunny and Windy.

Gabite is an average attacker, with multiple moves from different types. It can be fun to fight with Gabite if you are lacking the candy to get the Holy Grail of the family, Garchomp.
Here’s the moves Gabite will have access to according to the game master:

Shiny Gabite, aside from the noisy blue body, isn’t that different from its normal version.

Gabite, the Cave Pokémon. Gabite goes wild for precious jewels, first digging them up and then stashing them in its nest.
– Ash’s Pokedex