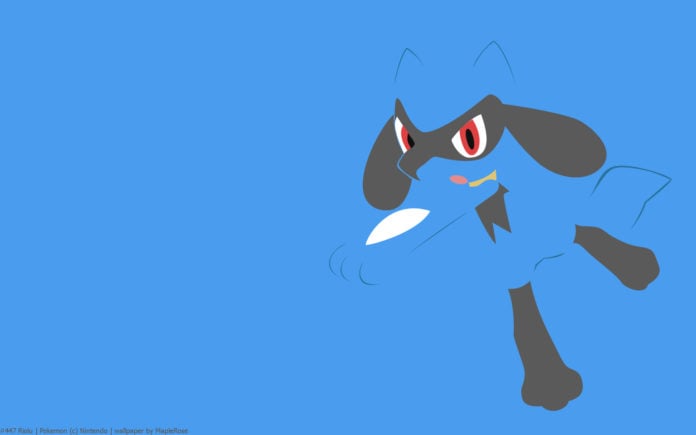 Pokemon GO Riolu is a pure Fighting type baby Pokémon added in Generation 4. It evolves into Lucario with a high enough friendship in the main series, but as this is not a mechanic in Pokémon Go as of yet, it takes 50 candies.

Riolu evolves into a potentially interesting and niche Fighting pick, Lucario, due to the Steel typing it gains through evolution, which leads to numerous resistances and might make Lucario a useful Glass Cannon. Full stats are available here.

Stat wise, it has a Max CP of 993, with an Attack of 127, a Defense of 78, and a Stamina of 120. Clearly not meta-defining, nor the strongest baby around, but it is adorable and should be loved!

Riolu is a 10km egg hatch as of the onset of generation 4, alongside Shinx.

Due to its status as a 10km egg Pokémon, Riolu also has a walking distance of 5km when active as a buddy.

Riolu would not see much of a weather boost in Pokémon Go, as it would most likely be a egg exclusive Pokémon, and therefore not receive a weather boost as you cannot find it in the wild. Not to mention it clearly will not be storming a raid battle near you, so the usual Cloudy benefit to Fighting types would not benefit it much. In the case of it being placed in Gyms for themes or other reasons, it would see extra damage from Fairy, Flying, and Psychic types.

It is unknown when or if Riolu would be available as a shiny, however if it were to we have the sprites available to show. Riolu shares the same changes as Lucario, where its primary blue is instead a yellow, its black accents become a dark blue, and its accenting yellow-ish parts become a light-blue.

Sprite Credits go to pokestadium, who in turns credits the Smogon community and Pkparaiso.