Adventure Week: What Buddies to Prioritize 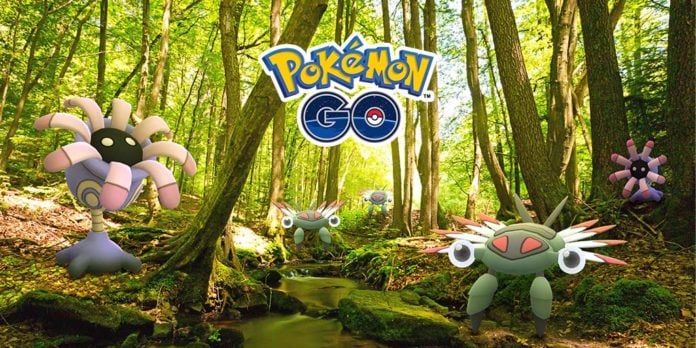 As mentioned in our announcement, Adventure Week 2019 is due to start on Tuesday, June 4th, 2019 at 1 pm PDT, in which we will be getting four Buddy Candies for the same distance as it would typically take to get one! This is a fantastic opportunity to rack up a lot of extra Candy for some very rare and very meta-relevant Pokémon. But which Pokémon’s candy should you be prioritizing during Adventure Week? Here are our recommendations.

Gible and its evolution Gabite, are currently two of the very rarest Pokémon in the wild. Their evolved form, Garchomp, with it’s Dragon and Ground-typing is going to be an extremely powerful and useful attacker against certain future Raid Bosses.

If you’re lucky enough to have found any Gible or Gabite so far, they’re probably already your Buddy. If not, our advice is to ask around and see if you can get one as their Candies are going to be super-valuable in the near future.

Cranidos is another rare, wild Pokémon, but it’s evolved form is a monster in battle. With an attack stat close to that of Mewtwo, Rampardos is currently the highest DPS Rock-type available, even beating Tyranitar’s Community Day moveset. Rampardos is one of the top-tier attackers you need in your Raid squad.

If you’re a fan of Trainer Battles, you may already have prioritized Shieldon as your buddy since Bastiodon became highly relevant to April’s Kingdom Cup. If, however, you want to be prepared for future Cups in which Bastiodon might be useful, a Shieldon Buddy during Adventure Week could get you well on your way to the few hundred Candy you’ll need to power it up.

Legendary Pokémon require 20km of walking to earn one Candy. For most trainers, this isn’t worth it when you could give it a few Rare Candies instead, but during Adventure Week, this will be reduced to 5km – the same as some normal Pokémon – making walking them much more viable. These eight Legendaries are arguably the most useful ones so if you’re going to set any as your buddy, you’d be best to choose one of these.

Just as with the Legendaries, these Mythical Pokémon also take 20km per Candy outside of the event (reduced to 5km during it). The other reason you might choose to walk with Meltan is that it requires 400 Candies to evolve, and with Melmetal being a relatively useful Pokémon, getting 4x Candy for the week could be well worth it.

Another highly useful Pokémon in the PvP Great League is Lucario. If you can Trade for a Riolu and get its IVs to reduce to a point where it evolves within the 1500cp cap, you’ll only need 75 Candies to evolve it and buy a second Charged move. Just make sure you buy a second move before evolving, as the Stardust and Candy cost is significantly less.

If you missed Larvitar’s Community Day, you might not have so many of its Candies. If not, topping them up during this event would be worthwhile, as Tyranitar remains a very versatile Pokémon. Although it is often outdone by some of the Gen3 and Gen4 newcomers in both the Dark-type and Rock-type DPS stakes, it still appears in a lot of counter lists, especially where Psychic-type Raid Bosses are concerned.

Another Community Day Pokémon that you could have missed last year, was Dratini. The same goes for Dragonite as Tyranitar; it may not be the best of its type, but you’ll still find it in most counter lists against Raid Bosses to which it’s Super Effective.

With Mamoswine having the highest Ice-type DPS, and most Dragon-type Raid Bosses having at least a single weakness to Ice-type moves, Swinub Candies would be a solid investment for Adventure Week if you don’t already have plenty.

Machamp is another highly versatile Pokémon. It has continuously held the crown as the highest DPS Fighting-type and does Super-Effective damage to five different types. It will have a place in the counter lists for several future Legendary Raid bosses, so if you don’t have a decent amount of Machop Candy already, here’s a great chance to accumulate some.

Gyarados remains a solid and incredibly powerful Water-type attacker, sometimes even beating Kyogre to the top of the counter lists (depending on level). With it also requiring 400 Candies to evolve from Magikarp and only requiring a quarter of a kilometer of walking per Candy, you could make a decent dent in that during the event.

Another 400 Candy evolution, but only useful in Trainer Battles, is Altaria. As one of the most consistently relevant team members in Great League, Altaria has carried thousands of PvP Trainers to victory in The Silph Arena Cups. If you plan to take part in PvP one day, Altaria is essential in many metas.

With so many good options for Buddies during Adventure Week, it may be hard to know which one(s) to prioritize. If you’re torn between two or more, post your predicament in the comments and we’ll try to offer some further insights to help you narrow it down. We should all be making the most of this opportunity to gather a tonne of useful Candy, so get out there and rack up as many Kilometers as you can next week, Trainers!