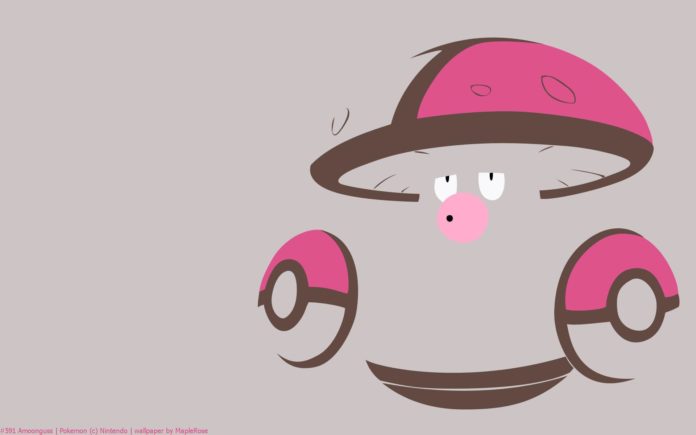 The best counters for the Grass and Poison type Amoonguss are Fire, Flying, Ice and Psychic.

Amoonguss can be a fairly easy solo raid as a tier 3 raid boss. It is weather boosted under sunny and cloudy conditions. This Funghi shouldn’t be too much of a challenge for most raiders with so many different weaknesses, so you can mix and match your team to your own personal tastes! For lower level trainers without ideal counters, we recommend 2-3 trainers just in case.

Amoonguss is obtainable with the following CP values:

It’s important to note, that if you have Shadow versions of Moltres, Metagross, Mewtwo or Entei, they are absolute beasts against poor Amoonguss! Shadow Mewtwo vs Regular Mewtwo can shave a whole 10 seconds off that time to win for example, so if you have great Shadow Pokémon, you can really flex them here.

If you don’t have access to a solid Legendary Pokémon, there are also plenty of budget options including Magmortar, Darmanitan (either form!), Arcanine, Chandelure and Alakazam that can still easily get the job done.

Amoonguss can learn the following moves in Pokémon Go:

Astonish and Feint Attack will do a bit of damage to your Mewtwos, as will Foul Play, but even with the weakness to it’s dark and ghost type moves, Mewtwo still comes out triumphant.

There is opportunity in this tier 3 raid to use some really different counters and challenge yourself, Shadow Exeggutor, Shadow Zapdos with Sky Attack, Victini, Espeon, there are such a huge range of viable counters that you could compile a really fun unique team of 6 and battle it differently every time!

No matter the moveset, sadly poor Amoonguss isn’t going to be too tricky, it’s stats just don’t give it ‘mushroom’ to put up a fight.