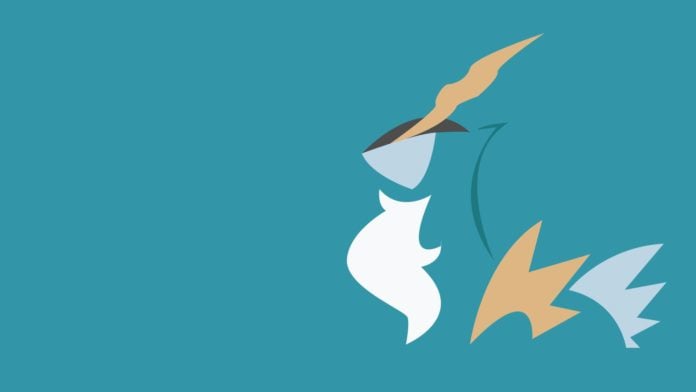 Cobalion is obtainable with the following Combat Power values:

Through this guide, you will find an in-depth analysis of the best counters for Cobalion, the most ideal means to defeat it, and various relevant details of this Iron Will Pokémon.

Cobalion can be easily beaten by a raid group consisting of 4 trainers with level 30+ counters. Under ideal weather conditions, it can also be beaten by 3 trainers, or in some extreme cases, it may possibly be duod by maxed out counters. A raid group of 3-5 high-level trainers or 5-7 lower level players is recommended to defeat this legendary raid boss.

Cobalion has a really wide set of counters, including some great budget options and Community Day Pokémon that many will find themselves flush with. There are a few different options for Mega Pokémon that will boost the other Pokémon, so if you do plan to take a Mega into battle, let your raid group know so they can pick their counters accordingly.

Boasting of the best charged move in the game with Aura Sphere, Lucario has rightfully claimed the heights it was always destined to. While Lucario takes super-effective damage from Cobalion’s Fighting type charged moves, the combination of Counter + Aura Sphere dishes out massive damage.

Darmanitan’s high ATK stat is mighty impressive and it is of no wonder that this fire-breathing monster is one of the best counters to Cobalion. While its DEF stats is low, its amazing HP stat ensures that Darmanitan does hang around for a decent amount of time. It hits hard and resists everything that Cobalion hits it with (except Stone Edge, which it is weak to).

With its Community Day exclusive move Blast Burn, Blaziken became a top-notch Fire type attacker and a pretty solid Fighting type. Boasting of STAB in powerful moves like Counter and Blast Burn, and high DPS, this Hoenn starter blazes through Cobalion with ruthless efficiency with the least time to win.

Moltres has always been the most impressive one from the legendary bird trio. It extends its dominance as a supreme counter to Cobalion. With marginally lesser DPS than Blaziken but higher TDO, Moltres soars up with its powerful moveset against Cobalion.

Machamp continues to impress with its infamous Counter/Dynamic Punch set. Trainers have been using this moveset since Gen 1 to defeat scores of Pokémon. They may very well include Cobalion in the long list of things that Machamp can knock out.

Groudon does not take super-effective damage from any of Cobalion’s moves. Also, it is the tankiest among all of the counters here. Add the fact that it has excellent DPS. You do not need any more reasons to use Groudon.

There is a rather interesting point to be noted about Cobalion’s counters. All the counter types are boosted in common weather conditions. The presence of Cloudy weather boosts the Fighting type attacks (Counter/Dynamic Punch becomes even deadlier in this situation). The Sunny weather boosts both Fire and Ground types. Therefore, there are high chances of the weather being in your favor. This should make the raid easier.

In addition, the counters presented here are some of the most common types in the game. So it should never be a challenge to gather a strong raiding team for most players.

Cobalion can have the following moves in Pokémon Go:

Quite honestly, none of Cobalion’s move sets are impressive or particularly dangerous. Plus, Cobalion does not have a high enough ATK stat to back up the moves anyway. Sacred Sword is the heaviest hitting, but without a Fighting type fast move to back it up, Cobalion is on the lacklustre side.

Stone Edge delivers super-effective damage to your Fire type counters. However, it is a one-bar charge move and isn’t too difficult to dodge. Bear this in mind when you are using your Fire types.

Zen Headbutt has never been an excellent raid move, but it can still give some trouble to your Fighting types.

The combination of Metal Claw and Iron Head is Cobalion’s best moveset. It also deals neutral damage to most of the counters and it benefits from STAB. We advise exercising a little bit of caution with this particular set, as it can hurt.

Close Combat is a decent move, but as mentioned above, Cobalion lacks the fire power to deal serious damage with it.

Cobalion is not going to pose much of a challenge. With relatively low ATK stat, average moveset, common counter types and weather conditions, its bulk is the only thing that seems to be going for it. Just keep an eye out for the time on the clock, and you will do just fine with this legendary raid boss.