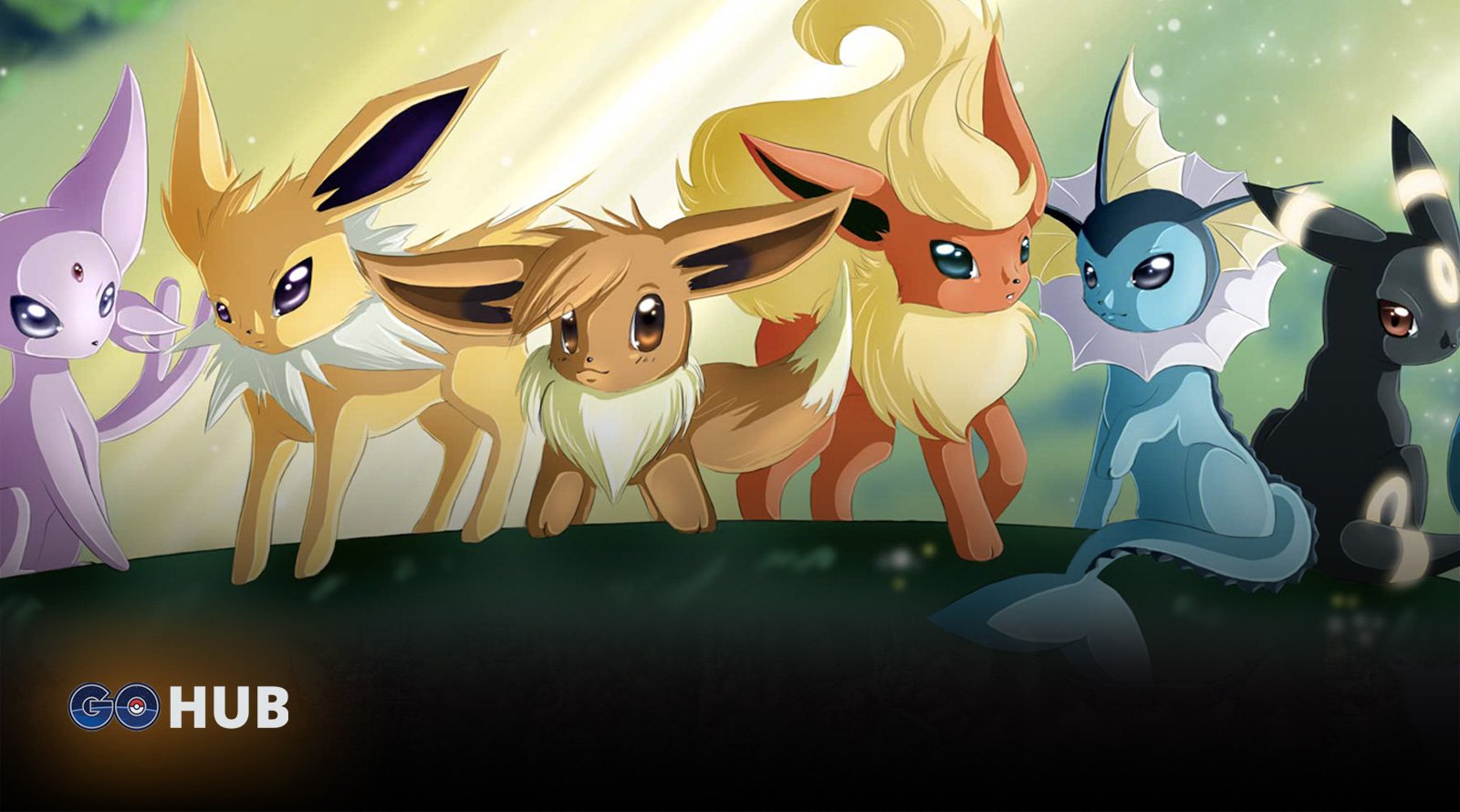 Eevee has always been of the most versatile and useful Pokemon out there. The sheer fact it can take multiple forms and fulfil multiple spots on the team makes it attractive. The Pokemon GO version of Eevee is even stronger than that. This is a complete guide to Pokemon GO Eevee.

Trainers often wonder “what is a good CP to evolve Eevee?”. Before answering that question directly, let’s analyze what kind of Eevee you can get.

The maximum CP Eevee can reach is 1077, considering that you are level 30. At level 30, you “unlock” the maximum CP while capturing “wild” Pokemon. The closer you get to that magic number, the better you’re off.

Usually, a really good Eevee to evolve starts at 850 CP and has around 70% of IV score.

In what form your Eevee will evolve is determined randomly during the evolution. However, you can force your Eevee to evolve into a form you want by using a simple trick – just name it as suggested:

Be careful though, there are multiple reports that the effectiveness of this trick drops after you obtain all of the Eevee variants. If you’re interested on why are these exact names a part of the “eevee evolution trick”, check the “Eevee brothers” article on Bulbapedia.

As every form of Eevee can get various moves, we’re just gonna list the best move combinations. If you get an Eeveelution that has the perfect move set, consider upgrading it even though it might have lower starting CP than you would like it to be.

We’ve noticed that multiple web portals are writing about evolving Espeon and Umbreon like it is possible to do it at the moment. It’s not. Espeon and Umbreon are Gen II Pokemon, and as of the time of this writing, Pokemon GO players can only capture Generation I Pokemon.

Don’t be fooled by false claims about “building friendship with Eevee” and “evolving Eevee during night time”. These are legitimate ways to obtain Espeon and Umbreon, but in other Pokemon games.

However, for the sake of the argument, let’s say you’d want to and that it is possible obtain Espeon and Umbreon. Our prediction is that the way to obtain them will remain the same as it was for Jolteon, Vaporeon and Flareon – using a name trick!

In the original series there are two notable characters who used Espeon and Umbreon: