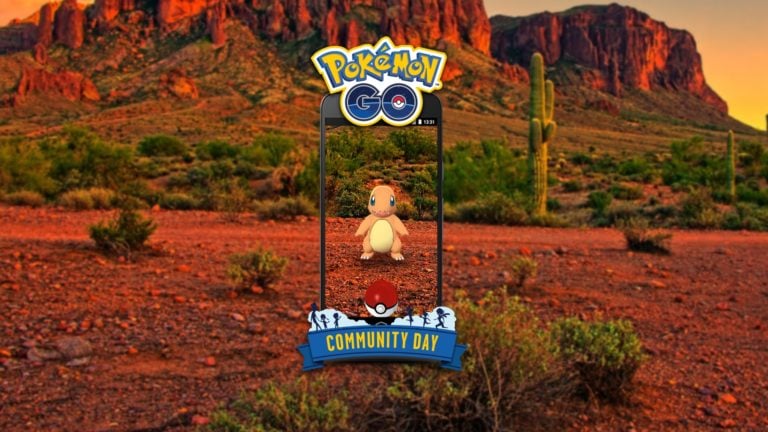 Trainers, Niantic has just announced that Pokémon GO’s May Community Day will feature Charmander, the Generation 1 Fire type starter “Lizard Pokémon”. The fifth installment of Pokémon GO’s Community Day event series takes place on May 19, 2018, 11:00 AM to 2:00 PM PST. Here is a nice shareable graphic for the main points of the event made by the wonderful Yaaya26.

Similar to the April announcement, the move was not announced right away but was later revealed to be Blast Burn, following the pattern of the starters getting the exclusive, tutor move. This move is also confirmed to onfly be accessible by evolving a Charmander that was caught during the event all the way to a Charizard. We will update this guide with the move when it is made available, as well as the community day box when it appears in store. Unlike the Mareep Community Day, this one features 3x Stardust, so pop those star pieces and bathe in the dust!

As far as Shiny forms go, we have no information to share at the moment, but given the pattern of releasing a Shiny family per event, we would be highly surprised if Shiny Charmander, Charmeleon and Charizard don’t make their appearance. Here we can take a look the savagely amazing Shiny Charmander family line:

The fifth Community Day will take place on May 19th, 2018 (the third Saturday in May) and it follows the previously established time slots:

Charmander is going to be just as hard to catch as Pikachu, having the usual base catch rate for starters of 20.00%, as well as only benefiting from the Fire medal, and not seeing a dual increase to catch rate like Bulbasaur did due to its dual typing. A good consideration would be to stock up on both Pinap and the two varieties of Razz berries, as at high levels, especially with a Sunny weather boost, it will be quite a difficult lizard to catch. Throwing wise, it is similar to almost all starters, it can be a bit deceiving by how close it is, so practice by finding the starters before hand, or find similar Pokemon to practice with, any decently up close Pokemon will do the trick.

This month’s event will be featuring 3x stardust, so definitely pop a star piece often throughout the event to maximize the gains on one of the greatest commodities of the game. Charmander will be boosted by Sunny weather, so if you find yourself in a sunny park this community day, the gains on stardust will be even greater.

The following chart depicts the best and worst CP for Charmander at level 1 through 35 that a level 30+ Trainer can encounter. To make things a little easier to remember, here are the maximum Charmander CPs that can be found in the wild.

For those looking purely for their 100% Charmanders, we also include here a text string to input into the search bar. Not all of these are 100% but if it is 100% it has to be one of these CPs.

Niantic has also shared the team based results of the previous Community Day, and it appears that Team Instinct continues to hold their ground in North America, as well as the map being decidedly less blue!

Team Valor lost their hold on Australia, but stepped their game up in Asia and took it back after 2 community days of it being Mystic. Instinct continues to make a name for themselves holding all of North America to themselves. Of course results wise Mystic still dominates but country wise Valor and Instinct are not backing down!