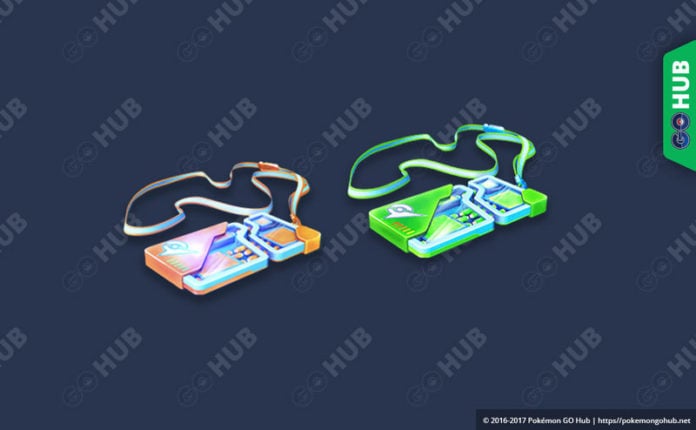 A Pokémon GO Raid Pass is required to join a Raid. Raid Passes come in two forms: Free and Premium. A Free Raid Pass is obtainable by spinning the Photo Disc at a Gym, while the Premium Raid Pass is purchasable in the Shop.

Both Passes work the same, however, the Free Raid Pass comes with several limitations discussed below. 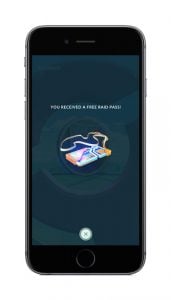 In order to join any public or private Raid Room. Your Raid Pass is consumed upon queuing for a Raid. You select a gym, click Battle and, after confirmation, your Raid Ticket is consumed.

Once the Raid Pass is used, you are eligible to participate in that specific Pokémon raid. You can’t join any other raids using a Free Raid Pass, as you get only one per day.

You can however buy additional Premium Raid Passes to join other raids. Each Pass is eligible for only one raid.

How many times can I raid per day?
Players can raid multiple times per day, however, you get only 1 Free Raid Pass every day. You can buy multiple Premium Raid Passes per day. This limitation hurts free-to-players, however, Niantic hasn’t disclosed if it will change in the future.

Can I have a Free and a Premium Raid Pass in my inventory at the same time?
Yes, you can.

Is a Premium Raid Pass usable on multiple raids?
No, each Raid Pass (Free or Premium) is usable only on one raid. In order to attend multiple Raids you need multiple Premium Passes.

Can I use a Raid Pass on multiple raids?
No, you can not. Once used, a Raid Pass disappears and the Raid for which it was used becomes available. If you don’t manage to defeat the Raid Boss inside the 1 hour period after the raid has started, you have essentially wasted your Raid Pass.