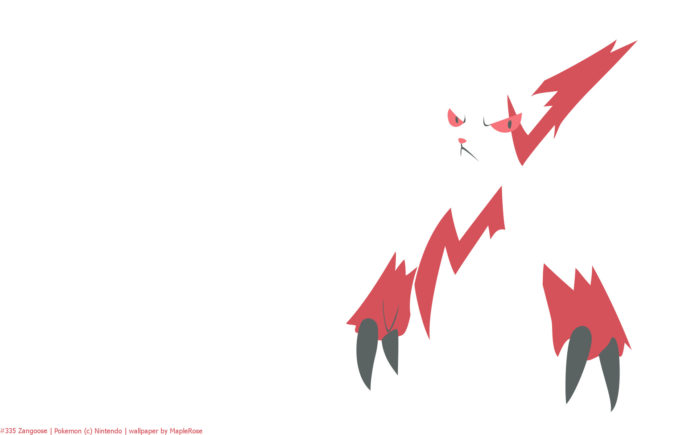 Zangoose is a three star raid boss in Pokémon GO. The best counters for Zangoose are strong Fighting types. It is a Normal type Pokémon and has a raid boss CP of 16765. It can be caught with the following perfect CPs:

Zangoose can be soloed by a high level trainer with strong counters, but if you are just starting out and have no high level Fighting-types, we would recommend inviting 1-2 more friends to help you.

Zangoose is only weak to Fighting types. The table below shows the best Zangoose counters:


You see the usual counters to Normal-types like Machamp and Conkeldurr, but if you are using Lucario or Mega Lopunny, be wary of Close Combat since both are weak to Fighting-type moves. Lucario is also weak to Dig, but Lucario shines against Night Slash.

A surprisingly good pick is Heracross. With its added Bug typing, it will resist almost all moves except Shadow Claw, which is very helpful given Heracross’ very low bulk.

Zangoose movepool is all over the place, but you have to be careful of its coverage. If battling against [Close Combat], make sure to dodge when you are using Mega Lopunny to boost the Fighting-moves of other raiders.

If you are not using Lopunny or Lucario, your usual Fighting-type team consisting of either Conkeldurr or Machamp shall be great. If you’ve reached around Level 30 for these Pokémon, it would be an easy solo even without dodging.