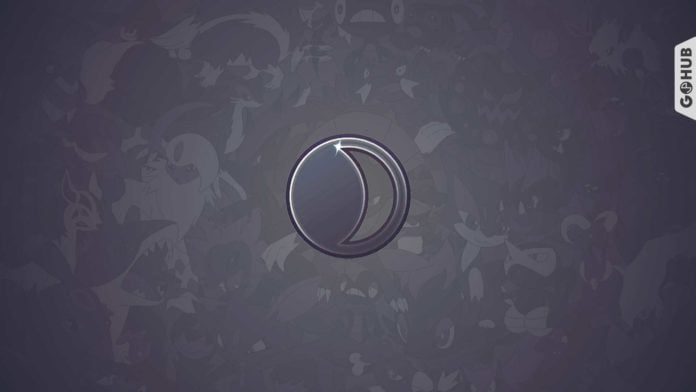 The stats for Brutal Swing were finally revealed in the code! So if you were wondering how good this move is, you came to the right place. In this article, we’ll go over the meta analysis and potential of Brutal Swing, while also including a list with all Pokémon that could also learn it in the future.

Dark type charge moves aren’t particularly good in Pokémon GO. Well… at least until now. If we go by the DPS*DPE metric (Damage Per Second * Damage Per Energy), good PvE charge moves usually need to be in the 60+ range to be considered “good”. And even then, a Pokémon’s viability still depends on other factors such as the Pokémon stats (especially ATK) and having access to a decent fast move.

Brutal Swing is the kind of move a Pokémon like Hydreigon desperately needed to become relevant. And it could significantly increase the meta relevance of other dark types in the future! Although its DPS*DPE might not seem like it’s an insanely overpowered charge move, the fact that it’s a 3-bar charge move with a low damage window and cooldown make it even more viable for PvE purposes. Think about the amount of times your Pokémon have fainted before firing off that last charge move. That ain’t gonna happen too often with Brutal Swing, as it’s a much more energy efficient charge move.

Things are looking a bit different in the charge moves department. Payback is a decent move but its energy cost is almost prohibitive, Dark Pulse is also a viable move if used by the right Pokémon, Crunch is actually pretty decent considering the 30% chance to debuff your opponent’s defense by 1 stage (Foul Play is basically Crunch but without the debuff chance) and a Night Slash boost can flip matchups.

When the move stats for PvP were first datamined by the Pokeminers, Brutal Swing had the exact same stats as it has right now, but with the additional effect of getting a guaranteed 2-stage debuff to your opponent’s ATK stat. This didn’t last long (as expected) and the debuff effect was removed. So now it’s basically a Surf/Drill Peck clone, not a bad move, but nothing groundbreaking. And Hydreigon really needed that to become meta.

But introducing a broken move just to make Hydreigon meta would’ve probably been a bad choice, as this would significantly limit the move’s availability. Give it to literally anything else with better stats or coverage moves and you’ll break the meta. Although this change kinda killed the hype, it was probably needed to keep a healthy meta. Don’t forget that it’s still a decent move to use in PvP, but Hydreigon’s typing and coverage moves just aren’t good enough to be considered “meta”. Whenever a Pokémon is given moves such as Flash Cannon and Dragon Pulse, you could say that they’ve been nerfed. And poor Hydreigon’s got them both.

For a more detailed PvE analysis on Brutal Swing Hydreigon, check this article written by MeteorAsh.

In short, Brutal Swing Hydreigon will now become the BEST non-mega dark type attacker in the game. That’s quite an increase in viability, don’t you think? In fact, it’s so OP that it’s about 30% better than Darkrai and it’s only outclassed (and not by much!) by Mega Gyarados and Mega Houndoom, for now.

Things might change when Mega Tyranitar is released, if Brutal Swing is given to other Pokémon such as (shadow) Tyranitar or if Darkrai gets access to Dark Void, but Brutal Swing Hydreigon will probably still be a fantastic choice for raids.

And don’t forget that Hydreigon’s typing is better than other psychic-type counters such as the top-tier ghosts (Gengar, Giratina, Chandelure). So that’s also worth considering when fighting psychic-type raid bosses with STAB moves.

For a more detailed PvP analysis, check this article written by JRE47.

In short, Hydreigon really needed an overpowered move to become meta. And while Brutal Swing seems to be a decent move (Surf/Drill Peck clone), it’s not as good as it needed to be to meet that purpose. This isn’t necessarily bad, as making it a broken move would’ve probably limited its availability. There are many other Pokémon that can learn it in the main series games, and perhaps one of those Pokémon could someday get the buff they needed if they’re given access to Brutal Swing.

Meta-Relevant Pokémon that could learn Brutal Swing in the future

Note: Not all Pokémon have been included as the list would be endless. Pokémon listed below are those with great viability/potential in PvP and Pokémon that might have a decent chance of learning the move. Feel free to check Smogon’s page or Bulbapedia for a full list.

Again, this PvP list is really subjective. Feel free to check the full list and make your own guesses.

Here’s the tl;dr of the article: